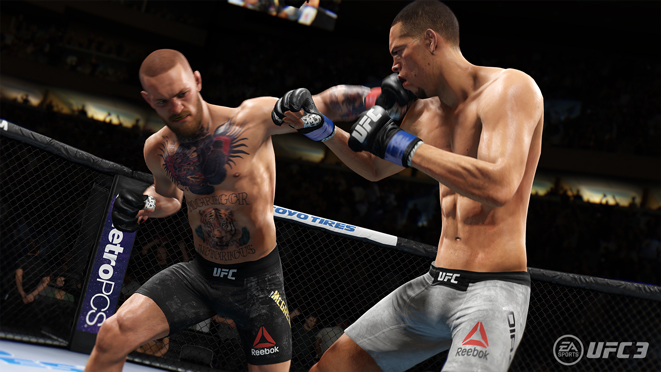 Just like that, eight hours were gone. Maybe I’ll blame Megan Olivi, who talked of my retirement during the UFC Minute before my sixth fight in the WFA.

That’s all it took to kick my game into another gear, and I went on to win that fight and get another one that was going to have the Dana White: Lookin’ for a Fight crew in attendance.

I won that one too, and after a rough start, I had a UFC contract.

So of course I had to keep playing. Just one more fight. One more.

In a nutshell, that’s EA Sports UFC 3. Whether you’re going through your own career, replaying fights and conducting dream matchups with the current roster or getting sucked into the Ultimate Team vortex, don’t make any plans, because

they won’t get taken care of.

That’s a win in my book, and especially impressive for the video game giant to be doing it three games in. Maybe it’s the two-year break since the last release in 2016, but the entire game feels new, making it one with a learning curve, but one that feels enjoyable and familiar at the same time.

The new Real Player Motion Tech is one of the game’s selling points, but not just because it makes the fights look great. Now there are new layers to each fight. Angles are possible when striking, combinations are a thing of beauty, and when you pull off a slip in the heat of an exchange and fire back with a fight-ending uppercut, you can’t help but smile.

More than ever, it makes it possible to feel what kind of chess match a mixed martial arts fight is. Yes, you can button mash, but unless you land a haymaker and end the fight a second or two later, that’s not going to work here thanks to the stamina system. You have to set up your big strikes on the feet and grab a breather when you can on the mat, or it’s going to be a bad night for you, and there’s nothing worse than getting into the third round with a stamina bar already near empty.
UFC MINUTE: EA Sports UFC 3 Available Now!

And while the striking game is always the selling point for me, after going 0-6 to start my career, I began to see that working with the gym I was at – a wrestling-focused gym – and starting to build up my takedowns and ground-and-pound was going to be the only way I would get into the win column. So even though I had a pretty nasty overhand right and a good left hook to the body, getting the fights to the mat and working there resulted in a couple GNP knockouts and even a guillotine choke submission. Then the wins started to show up.

As those wins got me into the UFC, career mode really starts to pick up. Training isn’t just an exercise to build up your attributes, but something where you have to watch your fitness level to make sure you don’t overtrain, promote your upcoming fight on social media, and learn some new moves. And don’t forget the rivalries that develop, first in the WFA, and then carrying over into the Octagon. As they heat up, there are cut scenes and trash talk on social media, all with the ultimate goal of becoming the greatest of all-time. 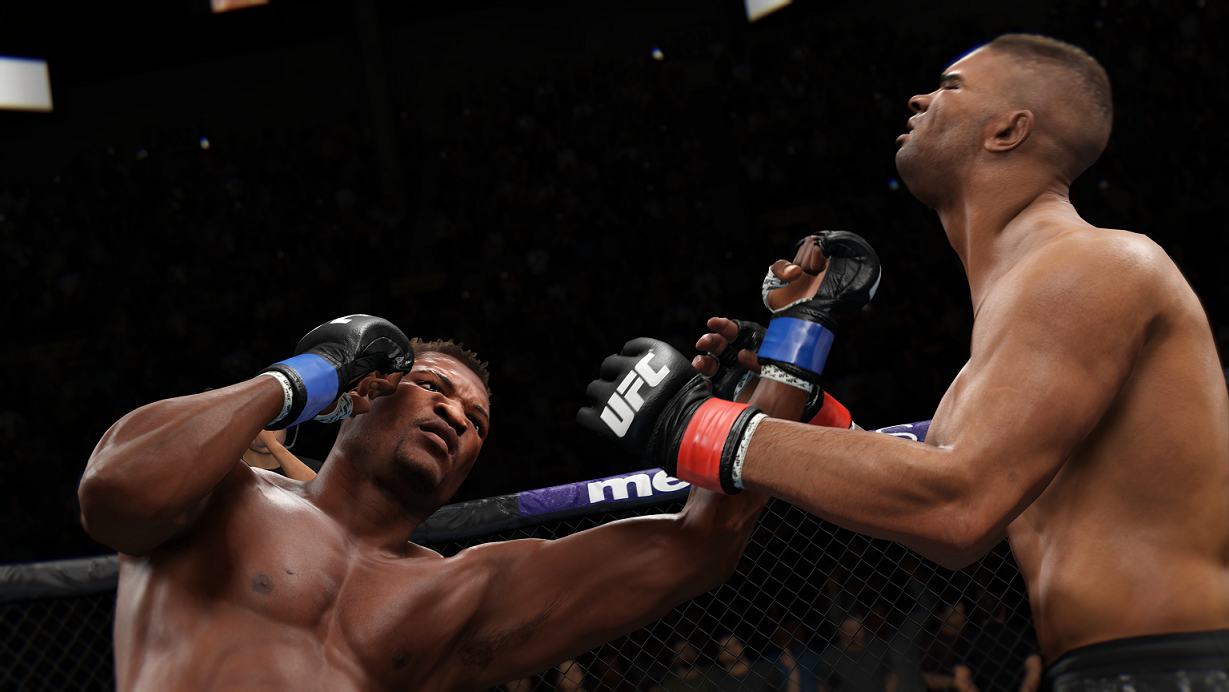 That wasn’t my destiny. I think I made it to 5-9 before UFC President Dana White told me during my second contract that basically I had one fight to get it right. That was against my rival, who knocked me out with an uppercut. Just like that, my contract wasn’t renewed and I was forced to retire. I will try again, because I will become the G.O.A.T.

In the meantime, when not playing random fights or building your own cards, there are interesting modes that feature either all striking or all grappling, and if you’re looking to improve your ground game, the all grappling mode is the perfect way to do it.

Then there’s Ultimate Team mode, and I’ll be the first to admit that I usually don’t invest too much time into this mode in the other EA Sports games, simply because I play games to get away from people, not play against them. But as soon as I got into Ultimate Team in UFC 3, the hours started to disappear. Suffice to say, that there’s plenty to do in the mode without playing against an online foe, but even when you do, it doesn’t feel like you’re playing someone who has been doing nothing but play the game for 16 hours a day. In short, I may be 0-2 online, but I had my chances to win.

So if you have the first two editions of this game, do you need the third? Yes. It’s taken all the good parts of the first two to new levels, capturing the nuances of the fight game both in and out of the Octagon, whether you’re playing as yourself or Conor McGregor.