For The First Time In His UFC Career, Dwight Grant Is Ready To Fight Rather Than Compete.
By Gavin Porter, On Twitter @PorterUFCNews • Apr. 22, 2021

In MMA, sometimes all you need is a good wake-up call.

That’s exactly what Dwight Grant got when he came out on the losing side of a first-round battle with Daniel Rodriguez last August. At 2-2 in the UFC, Grant had to look in the mirror and find out what he needed to change in order to make the most out of his UFC career.

That’s when it hit him.

MMA isn’t like other sports and competitions. Each time he steps into the Octagon, he will be fighting another man and he has to do everything he can to survive, not just to win.

“It’s been a lot of changes since my last fight. I’ve changed my whole mindset about fighting. I’m really going in to finish a fight, and this is a fight now, not just a competition. It’s me going in to win a fight. You’re going to see all the emotion that comes with that in my performance,” Grant told UFC.com. “As a competition and as a sport it’s safe, but when you start thinking about it as a fight, the consequences are much more dire.”

"This is fight now, not just a competition."@DwightGrant talks about switching up his mentality ahead of #UFC261 🔊⬆️

That mentality switch led to Grant approaching training differently, but it also helped him realize that he needs to enjoy fighting in a different way.

The 36-year-old New Yorker would get into the cage and start to have too much fun. He would start fighting like his favorite fighters and focus on ending a fight a specific way rather just being Dwight Grant. And that’s a mistake he won’t make at UFC 261.

“My goal is to just express myself honestly. I feel like I’ve been trying to imitate my favorite fighters. Be like Anderson Silva and I’ll do something like him. I really like Jon Jones and Dominick Cruz and I’ll do something like them because I like to feel that feeling I get when I watch their fights. I’m a fan, but I have thoughts and expressions that are different from them entirely. It will make me a little more vulnerable but that’s what it has to be. You can’t be great in this sport without being yourself,” Grant said. “I used to think that this stuff was just fun, but it was eye opening to learn that I could feel something real and express it in the Octagon while using all the tools I need to use in order to survive.”

Grant will face Stefan Sekulíc, who is still searching for his first UFC victory. It’s been nearly two-and-a-half years since his last appearance and he’s returning hungrier than ever for a win. 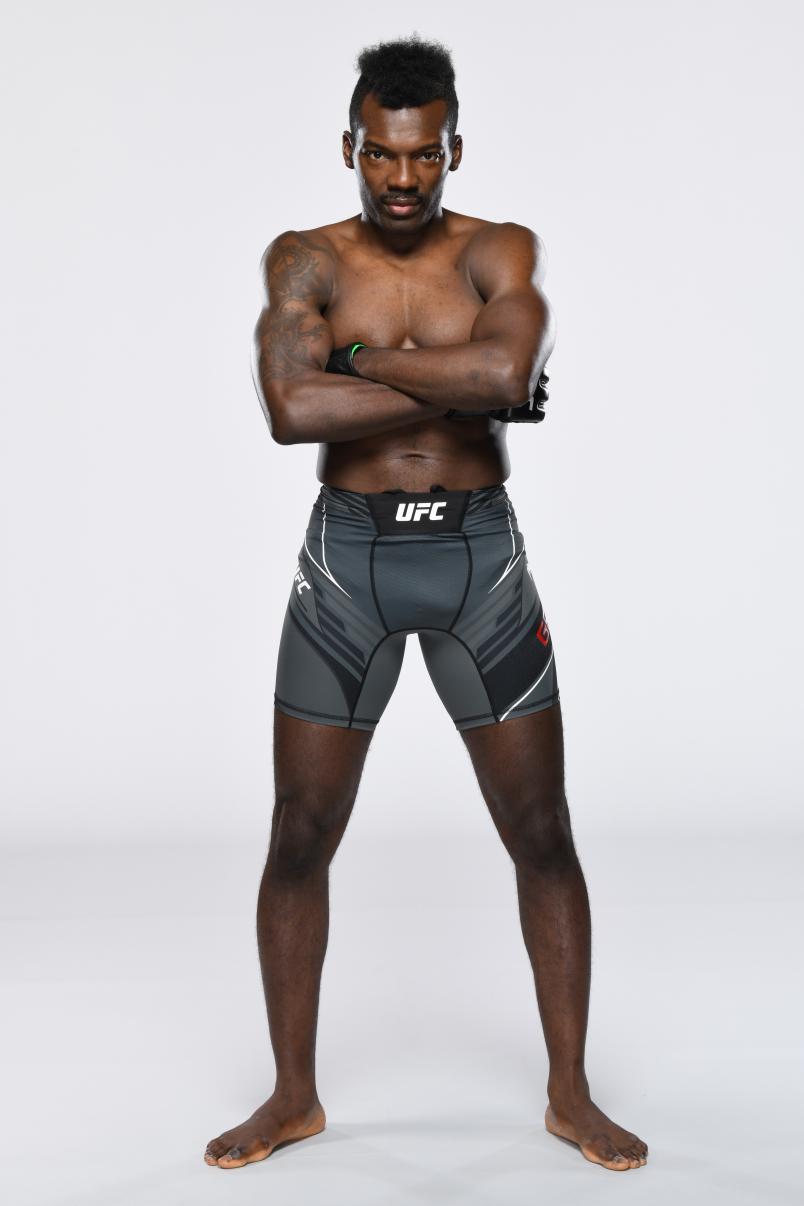 Dwight Grant poses for a portrait during a UFC photo session on April 21, 2021 in Jacksonville, Florida. (Photo by Josh Hedges/Zuffa LLC)

That means that Grant has to be on his A-game.

“I can’t hold back on my punches; I have to go forward and strike and follow through. I have to use my set-ups and everything I see. In the past I had a tendency of trying to finish a fight a specific way,” Grant said. “This time I have a fight that needs to get finished no matter what. I can’t let it go to the judges.”

Another thing that has Grant more focused than ever is the UFC’s return to having a sold-out arena. He loves the fans and the energy they give him when he’s in the Octagon. That connection is something that makes him perform his best and he fully intends on tapping into that electricity in Jacksonville.

“When fans are there, it adds a variable. There is so much energy and emotion in the crowd and you can feel that, and you can connect with it,” Grant said. “Now the fans are back, and I want to give them a finish. It has to be spectacular, and I have to hear them when I’m done. That’s all I’m focused on.”