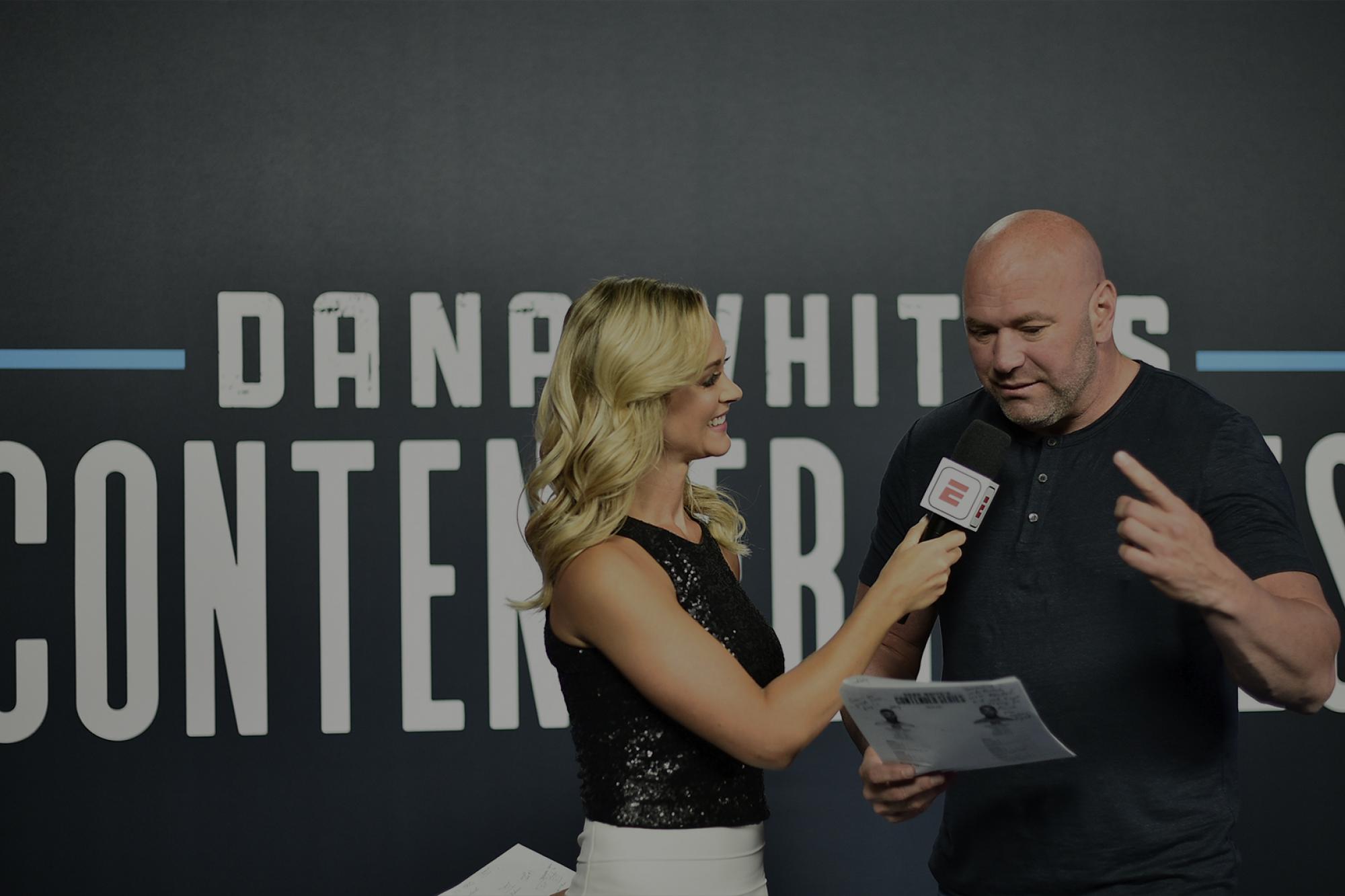 The one-week break in the schedule at the start of July seems to have served as a reset button for Dana White’s Contender Series.

Over the first two weeks, only two athletes from each episode were granted contracts, with eight of the nine bouts going the distance. Since “the ultimate job interview” has returned from its week off during International Fight Week, business has picked up exponentially.

History was made on Week 3, as all five victorious fighters — Joe Solecki, Antonio Trocoli, Hunter Azure, Maki Pitolo and Jonathan Pearce — were all awarded contracts to compete in the UFC. Seven days later, four more athletes ventured into the UFC Apex, had their hand raised in victory and heard UFC President Dana White welcome them to the biggest stage in the sport, as Antonio Arroyo, Ode Osbourne, Don’Tale Mayes and Brendan Allen all joined the growing Class of 2019.

Find out who earned a contract from the UFC President on week 5 of season 3 of Dana White's Contender Series.

This week, three more athletes received contracts, as Billy Quarantillo, Jamahal Hill and Sean Woodson impressed the brass enough to receive the call to the Octagon.

This one is the clubhouse leader as the best fight of the season thus far.

Over the opening five minutes, the middleweight hopefuls went shot-for-shot, opting to engage in a straight kickboxing match where each man was tagged with a couple quality punches and neither was able to really build or sustain any momentum. Each time one would get the better of things for a piece, the other would hustle back, drawing level while showing toughness and tenacity.

Early in the second, it looked like Kuramagomedov was poised to seize control, knocking Williams off balance with a heavy low kick and following it up with a jumping knee that appeared to land flush. To his credit, Williams took it without issue, quickly working back to his feet after getting taken down and once again offering his own offense to keep things close heading into the third round.

It was more of the same in the third, as Kuramagomedov attacked with cleaner technique and more fluid striking, only to be countered by the power and resiliency of Williams, who ate several clean shots while refusing to wilt. Down the stretch, they continued to bang it out, both men showing the impact of their 15-minute battle and throwing to the horn.

When the contest ended, Dana White rose to his feet and applauded, giving these two the ovation their efforts deserved. After the nines and tens were tallied, it was Kuramagomedov who came away with the split decision victory, while Williams’ stock certainly rose despite the setback.

Sean Woodson def. Terrance McKinney by KO (flying knee) at 1:49 of Round 2

Michael Chiesa said in the lead-in to this bout that training with McKinney was terrible because his Sikjitsu teammate is a handful to deal with and he showed that early in the penultimate fight on Tuesday night.

The Spokane-based featherweight pressed forward immediately, backing the taller, rangier Woodson into the fence. After getting hit with a sharp punch, McKinney was able to get the fight to the ground, where he quickly moved to back mount, locking up a body triangle before spending the remainder of the round hunting for the neck and forcing Woodson to expend energy defending.

Less than 30 seconds into the second, McKinney hit a slick arm drag to slip around to Woodson’s back once more, reassuming the body lock position he held throughout the first with plenty of time to work for the finish.

But just when it looked like McKinney was going to slip his arm under the chin, Woodson was able to break the body lock and scramble to his feet. After retreating to space and looking to reset, McKinney dipped in for a telegraphed takedown and Woodson made him pay, connecting with a walk-off flying knee finish.

From getting controlled to earning the highlight reel stoppage, all while taking the fight on short notice, this was an incredible effort and comeback win for Woodson.

After needing just 90 seconds to get the fight to the floor, Lohsen spent the next couple minutes transitioning through threatening positions and submission attempts, moving from a D’Arce choke to a triangle choke to an armbar. Each looked close at different points, but Okanovich defended well and ultimately arrived in top position, finishing the frame by attacking with ground-and-pound, changing the momentum of the fight as it headed to the second round.

The pace slowed considerably in the second and while Okanovich pressed forward for the majority of the frame, it wasn’t until the final minute that the American Kickboxing Academy product was able to do appreciable damage.

Though he came out of the gate with aggression to start the third, Okanovich again struggled to consistently find a home for his offense, opting to search out power shots in an attempt to get Lohsen out of there with a single big swing rather than putting together combinations that could put him down.

While he would crash home the occasional clean right and clearly got the better of things over the final two rounds, this one ultimately ended up feeling like a missed opportunity for Okanovich to swarm and stop his exhausted 24-year-old opponent.

Jamahal Hill def. Alexander Poppeck by TKO (strikes) at 4:29 of Round 2

Steady, patient offense proved to be the path to victory for Hill on Tuesday evening, as the American opened up operating at range and remained there throughout, slowly chipping away at Poppeck with an assortment of punches, kicks and knees to all levels, finally earning the stoppage in the waning moments of the second round.

There wasn’t anything singularly special about this effort — no one shot that altered the course of the contest or a flashy move that will find its way on SportsCenter this evening. Instead, it was constant, consistent offense from the undefeated Hill that built up minute after minute until he noticeably had Poppeck hurt.

Following one of several knees to the midsection, the German clearly winced and Hill went in for the kill, continuing to punish the body and attacking from top position when the action made it to the ground, forcing referee Mark Smith to halt the action.

Billy Quarantillo def. Kamuela Kirk by TKO (strikes) at 0:22 of Round 3

The featherweights fought at a break-neck pace over the opening five minutes, with Kirk catching a low kick early and using that to initiate a takedown. That led to an extended run of control on the canvas, where the Hawaiian-born, Arizona-based hopeful was able to transition through dominant positions while hunting for submissions.

But Quarantillo was able to defend and deal with the frenetic pace before coming out of the corner and turning the tables on Kirk in the second, as the Ultimate Fighter alum pressed forward relentlessly, landing at will with a diverse assortment of strikes.

While Kirk stayed upright and managed to make it to the third and final round, it didn’t take long for Quarantillo to resume the onslaught and get Kirk out of there, hitting him with a pair of heavy knees and a series of big punches that prompted referee Herb Dean to step in and wave things off.