Fresh off of Dana White's Contender Series, Dustin Stolzfus is excited to show what he's made of in is UFC debut at UFC 255.
By E. Spencer Kyte, on Twitter @SpencerKyte • Nov. 16, 2020

Seated at a table in front of a small assemblage of media after collecting a victory, a UFC contract and high praise from Dana White following his win earlier this summer on the Contender Series, Dustin Stoltzfus demurred when asked about the UFC President saying he expects big things from the Pennsylvania-born middleweight who now resides in Germany.

“I take it all with a grain of salt,” said Stoltzfus when asked about White’s comments ahead of his promotional debut this weekend in Las Vegas against Kyle Daukaus. “I think I’ve got the skills to do big things in the UFC, but I need to get in there and prove it to myself first.”

Generally speaking, professional fighters aren’t usually the “let me prove myself first” types who are quick to eschew praise and lofty projections; they tend to lean more towards claiming “GOAT” status and projecting themselves as two-division titleholders before they’ve accomplished much of anything, believing in the power of positive thought above everything else.

But for Stoltzfus, the pragmatic approach is nothing new.

As people throughout the German MMA community learned he earned a UFC contract, more and more people started recognizing the promising middleweight, who pushed his record to 13-1 overall and extended his winning streak to 10 with his victory over Joe Pyfer in the summer and referring to him as a “UFC fighter.” 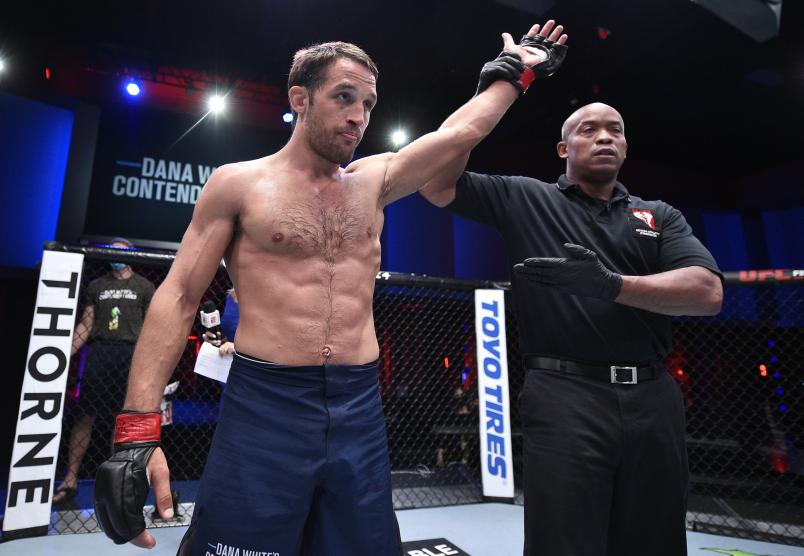 Though he’s proud to be a part of the next wave of talent from the region matriculating to the major leagues of mixed martial arts, the 28-year-old is also quick to point out that he’s not officially deserving of that descriptor just yet.

“It’s a pretty big deal in Germany because we don’t have many UFC fighters, especially with Peter’s retirement,” said Stoltzfus, referring to his long-time training partner and mentor Peter Sobotta, who announced his retirement in July. “You hear it a lot — ‘Dustin is in the UFC’ — and I’m starting to get introduced as a ‘UFC fighter,’ which is a little bit premature because I still need to have my first fight in the UFC.”

While some may view Stoltzfus’ way of looking at things as too stringent or literal, like the friend who informs you that Kleenex is a brand when you ask for a facial tissue, it’s a product of the goal-oriented mindset that turned the one-time martial arts hobbyist into a promising new addition to the UFC roster.

MORE UFC 255: WATCH THE FULL EPISODE OF COUNTDOWN | FIGHTERS ON THE RISE | GO INSIDE THE OCTAGON

“That’s something that carries over in a lot of aspects of my life,” explained Stoltzfus, who is unbeaten when fighting at middleweight and has earned seven finishes during his current 10-fight run of success. “I try to be as happy as I can in the moment, as happy as I can with my accomplishments without ever being satisfied.

“That’s always a bit of a juggling act, so I try to be proud of my accomplishments as much as I can, take joy out of the moment, but on the other side of things, always be looking ahead like ‘What’s the next thing I can do?’ and never getting too bogged down in my own success, if that makes sense.” 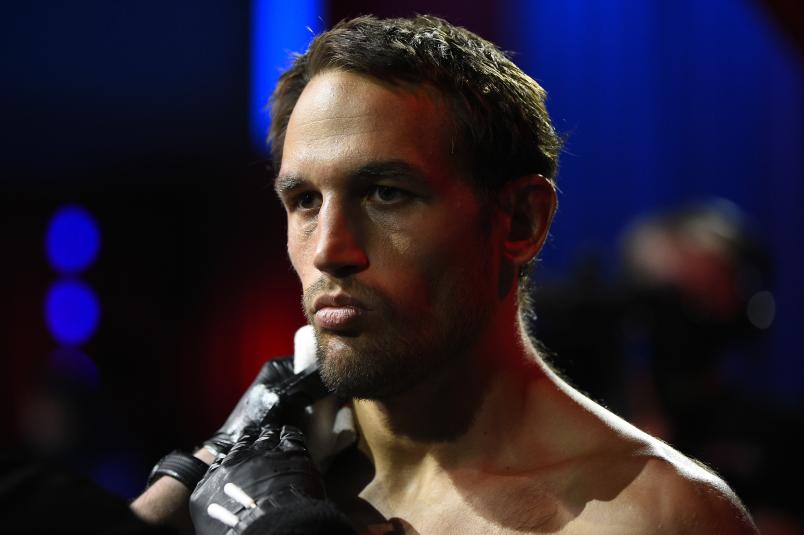 Although he won’t officially call himself a “UFC Fighter” until he steps into the Octagon this weekend against Daukaus, training alongside veterans like Sobotta and other high-level talents have proven to Stoltzfus that he’s capable of competing on the biggest stage in the sport.

“Obviously there are the technical aspects of it,” Stoltzfus said, explaining the benefits of training with seasoned professionals and elite fighters. “Training with other guys like Sean Strickland, it really boosts my self-confidence because when I go in there and train with guys who are really good, I can hang and I feel like I belong.

“I don’t feel like I go in to train with other high-caliber guys and I’m just being used as a mop or something like that, so for me, the last couple years have been great getting to train with more high-end guys, just to see that I’m at that upper echelon.

“Now I just have to go out there and prove it,” he added, careful not to get too ahead of himself.

On this weekend’s UFC 255 card, Stoltzfus gets that opportunity in a high-quality pairing against another exciting new addition to the 185-pound ranks.

Daukaus also has experience competing on the Contender Series, having registered a unanimous decision victory over Stephen Regman midway through Season 3. Though he failed to secure a contract, the 27-year-old returned to the regional circuit and collected second-round submission win to push his record to 9-0 while defending his CFFC middleweight title, then accepted the opportunity to face Brendan Allen on short notice this summer.

While he came out on the wrong side of the results and suffered the first loss of his career, Daukaus impressed by withstanding an early barrage from Allen and taking the fight to the former LFA standout in the third.

“I think his skill set lines up really well with my skill set, so I’m really excited to go out there and show people what I can do,” Stoltfzus said of his dance partner on Saturday night. “He’s a quality opponent, which is very important.

“His boxing is pretty sharp, he’s a black belt on the ground, so he’s got the skills, the credentials, and if I can go in there and put some work on this guy, that’s a big win, so I’m really excited for this fight.

“I think this is a really, really good fight for me and a great fight for the fans because we’re both tough fighters who are pretty skilled everywhere we go, so we’re not going to get into a boring stalemate anywhere,” he added. “It’s definitely going to be interesting and we’re going to be putting each other in danger wherever we go, so it’s going to be a fan-friendly fight, which is always great for your first one.”

Staying true to form, the debuting middleweight wasn’t sure what a victory in his first foray into the UFC cage would mean to him, given that it’s yet to transpire, though he did offer a few thoughts on what his reaction might be.

“I’ll probably be really, really happy for a couple seconds and then I’ll start thinking about the next one already,” he admitted. “That might not be great that I don’t let myself celebrate a little longer, but I’ll pretty quickly come back down to Earth and be looking for my next opponent and my next challenge.”

This is the Stoltzfus way.