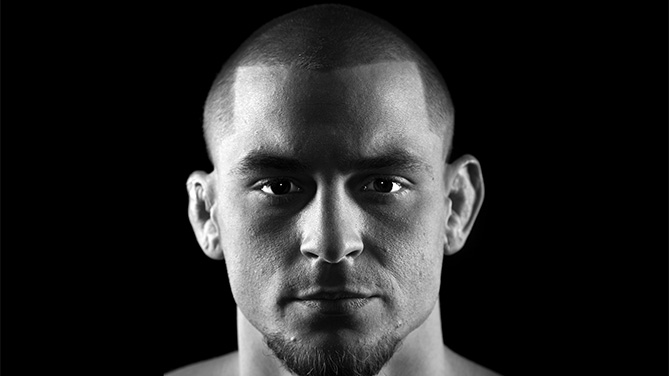 “The days of starving are over,” Dustin Poirier says with a smile, and as he prepares for the second fight in his second stint in the lightweight division, smiles are usually on the menu.

“Happy and confident, that’s the key,” he adds, and for those who have dealt with “The Diamond” over the years, the difference is clear. Back when he was rising up the featherweight ranks, he was always affable and accessible, but you could tell that the drop to 145 pounds was taking its toll. Even after an impressive win or performance, he always had something to critique.

These days, the perfectionist is still there, but there’s also a peace around him and the sense that the fight game is fun for him again. He felt it as he stood in the locker room and waited for his name to be called to fight Diego Ferreira in April.

“When I feel that good, I can beat anybody in the world,” he said. “And I know that feeling before my music comes on and I walk to the cage. Every time I’ve ever felt like I did that night, something spectacular has happened. I knew I was about to walk out there, put another win on my record, make some money and have fun doing it. That’s the best feeling in the world.”

Ferreira just lasted 3:45 with Poirier, who won by knockout in his return to lightweight and earned Performance of the Night honors in the process. It was the dawn of a new era for the Louisiana lightweight, and one that continues when he faces Yancy Medeiros this Saturday.

“This is a big deal for me,” Poirier, who hasn’t fought at home since 2010, said. “A lot of people who haven’t seen me fight in a long time are gonna be there and that’s my home turf. I’m just excited to get off that plane and set foot on Louisiana dirt and be close to my roots and my family.”

In that last Louisiana bout in 2010, the Lafayette native was at home and facing another local favorite in Derrick Krantz with a lot on the line for the up and comer.

“He was a big name to me because I had been watching him fight for a long time,” Poirier said of Krantz. “He had a crazy amateur record, probably 30-something amateur fights, and I used to see him just knock guys out all the time. I knew he had fought Rich Clementi, and coming up in Louisiana, I looked up to Rich and the other guys who fought in the UFC, so I felt like I was going up against a true test and a young veteran. It was exactly where I needed to be in my career to take the next step.”

Poirier submitted Krantz in the second round. Five months later he was in the WEC. Nearly five years after that debut in the blue cage against Danny Castillo, he’s on the verge of big things once more, an end game that seemed to be moving further and further away at 145 pounds. So after a UFC 178 loss to Conor McGregor, he decided to move back up to lightweight.

“Leading up to it, people have doubts and thoughts, and I hoped I had made the right decision,” he said. “I knew that I was draining my body so much to fight at ’45 and I thought it was working against me, but then those little thoughts in the back of my head came up. I had to hush them and push them back and listen to my body and what my body wanted to do and what my coaches wanted me to do, which was to let my body grow and get bigger and stop holding it back.”

It was the right move, and now Poirier, still just 26 years old, can smile again.

“I used to look at the top ten at ‘45 and say ‘I think I could beat all these guys,’ but the thought of going to ‘45 makes me sick. Now I look at the top ten at ‘55 and I feel the same way, that I can beat all these guys, so I’m going in the right direction. I see some of these guys having fun and not really worrying and they perform great. Up to the Conor fight, I used to put so much on myself, but I’m having fun again. I still have a long way to go in my career, a lot of asses left to whip.”