Dustin Jacoby Is Ready For His Prime

Back and ready for his second stint in the UFC, Dustin Jacoby is excited to take another crack at the challenges of fighting the toughest competition in the world.
By Thomas Gerbasi, on Twitter: @TGerbasi • Oct. 30, 2020

Before Dustin Jacoby entered the Octagon at the UFC Apex in Las Vegas on August 4, one look at the credentials of the competitors on the Dana White’s Contender Series made it clear that he wasn’t like the other UFC hopefuls.

“One hundred percent,” he laughed. When I got the call for the Contender Series, man, I was kind of pissed at first. Like, dude, this is for young guys who are 5-0. And even though I'm only 12-5 in professional MMA, I had over 20 professional kickboxing fights. I learned how to fight, and I learned how to become a true fighter. I'm not one of these young kids that has to prove themselves. I feel like I went through the ringer, I faced tough competition if you look at my resume, and I stuck with it. I put my nose down and grinded and I knew I belonged.”

Many agreed with Jacoby, believing that he earned his call back to the big show after a long kickboxing run and a win over UFC vet Cody East in his return to MMA in June of last year. But just to make sure, the UFC put him in the Contender Series against Ty Flores. It was one more road to cross before getting back to the promotion he competed in back in 2011-12.

So he took it. Three rounds later, “The Hanyak” had a win and a brand spanking new contract. 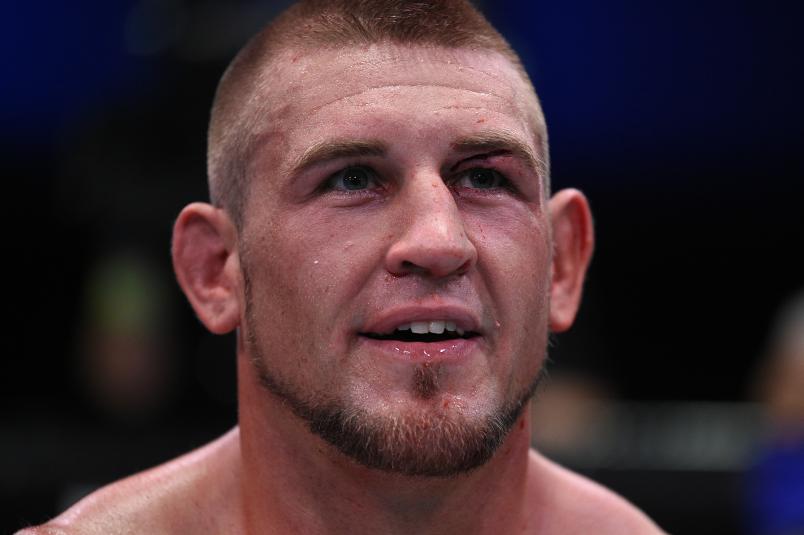 “That was the ultimate goal,” Jacoby said. “I always said I'm going to get back to the UFC. I always said that. Even with my career with Glory, I was just so happy with them. I loved kickboxing, I loved Glory, I loved the people that I got to work with there. But in the back of my head, I always knew my goal was to get back into the UFC and finish my career where I started, and here we are. I plan on going on a nice little run in the UFC.”

That run begins on Saturday, when he faces Justin Ledet in the same venue where he earned his roster spot in the summer. That’s a good omen for a fighter who doesn’t necessarily believe he would have been in this place again if someone had told him back in 2012 that it was going to take more than eight years to return.

“If somebody would have told me right then and there that your next stint in the UFC would not be for another nine years and two days (from his UFC debut on October 29, 2011), would I have kept going?” said Jacoby. “I don't know if I would have. That's the best part of the unknown. If you would have told me that, I would have been like, no way. And I would have missed out on an incredible journey. I've met a lot of great people; I've traveled the world doing what I love to do and competing in martial arts. I feel like everything happens for a reason. I think I got to the UFC a little bit too soon the first time. I was 23 years old, and now this isn't the 23-year-old Dustin Jacoby. This is the 32-year-old Dustin Jacoby who's ready to take this opportunity by storm.”

The 23-year-old Jacoby entered the UFC in 2011 with a 6-0 record. All his wins were finishes, and five ended in the first round. If he thought he was going to continue walking through walls in the Octagon, you would have excused such thinking based on his regional scene work. But after a decision loss to Clifford Starks and a submission defeat at the hands of Chris Camozzi, Jacoby was released.

He got right back at it, winning four of his next five before a pair of losses to Mo Lawal and John Salter, and while he had already started competing in pro kickboxing, he went all-in after the Salter fight in 2015.

By 2019, he was giving MMA another go, with the goal clear in his head. He was getting back to the UFC, eager to prove that he was a different fighter – and man – than he was back in 2012.

“Now I'm the guy that gets up and goes to the gym every day,” Jacoby said. “I'm the guy that steps inside that ring and steps inside that cage and has faced those opponents and went toe-to-toe with them. I went through the trials and tribulations and it's just hardened me mentally and matured me. Being a little bit older, I take my career much more serious and it's more job-like. Every single day, I eat healthy and take care of my body better and it's a priority. When I was younger, I was always the guy that would get hurt, and you know what, I don't need to go see anybody. A couple days later I'd be fine. I've been very blessed that way. But the older I get and all the battles that I've been through, I feel it a little bit, and now it's a priority of mine to get to rehab and go to physical therapy twice a week and to take care of myself better. The biggest thing is maturity. I feel the difference between the 23-year-old UFC fighter and this 32-year-old UFC fighter is night and day different.”

“To put it in perspective, it felt like everybody looked at me like 'Who's this old man on the Contender Series?'” he laughs. “And now that I got the contract and I'm in the UFC, 32 years old, man, I'm in my prime. I'm not the young guy but I'm not the old guy, either. There's a lot of guys that don't find their true success in mixed martial arts until their mid to late thirties. So I'm looking forward to the run I'm about to go on and the challenges ahead.”