Dustin Jacoby Is Prepared For Anything

Dustin Jacoby's Experience Has Prepared Him For Anything That Could Happen At UFC Fight Night: Rozenstruik Vs Gane
By THOMAS GERBASI, ON TWITTER @TGERBASI • Feb. 27, 2021

It took two days shy of nine years for Dustin Jacoby to get his hand raised in the UFC Octagon, but when it did last October, it may be safe to say it was worth the wait.

“Immediately once it happened, it was a combination of so much hard work and grit and years of sacrifice that finally came true,” he said of his first-round stoppage of Justin Ledet. “I was so emotional after the win because I was so excited. I always knew that I could do it, and I finally got it done and now I'm just excited to go and I can't wait to perform again.

That next chance is on Saturday night in Las Vegas as he faces off with Maxim Grishin on the UFC Fight Night card at the APEX. Some might look at it as a fresh start for the 32-year-old who now gets to kick off his second run in the UFC in earnest, but others see a continuation of a journey that began in 2012 after his first stint in the big show ended with two losses and a release from the promotion.

As for Jacoby’s take, “It's a little bit of both. Obviously, I'm gonna continue doing what I do. I had my Contender Series fight and that UFC fight, but here on February 27 I'm going for my seventh win in a row, including wins outside the UFC in boxing and kickboxing. But, at the same time, it does feel like a fresh start. I finally got that first win and now I'm looking to put together five, six wins in a row and really make at push for the top of that division.”

Jacoby has the talent to hit his mark. He always had it. But as a 23-year-old with only six pro fights to his name, he didn’t have the experience to battle with the top dogs in the UFC back in 2011. Now that he has it, he appreciates the road he took to get back.

“I've been through it to get to it,” he said. “I tell the guys in the gym all the time, I hit the scene pretty quick right after turning pro. I got to the UFC and then getting cut so fast, I realized looking back that this whole time has been a journey I've come to enjoy. I really do enjoy it and I've been through it all, so I'm ready for anything and everything.”

That means not just the best light heavyweights the UFC can throw at him, but the teammates he has to battle it out with every Friday at the Factory X gym in Englewood, Colorado.

“It just sets the tone,” said Jacoby of the sparring matches growing in legend with each passing week thanks to the fight night atmosphere head coach Marc Montoya wants for the team members getting ready for battle. “Visualization is a big key to anybody's success, but it especially helps the younger guys with the emotions that they're feeling and the nerves they're feeling, because sparring day, it is a different day of practice. Everybody's a little bit more nervous. Me, as a veteran, I've been through it so many times, and the biggest thing to me is being able to see it happen before it happens. And then when it comes fight night, when I'm walking out, it's like I've done this walk for seven, eight straight weeks leading up to this one moment. I know I'm prepared.”

Adding to the routine of training not just hard, but smart, the Factory X squad also has its own book club. No, the current favorites of Oprah or Reese Witherspoon aren’t on the menu, but for the athletes participating, the books selected are page turners of another sort. 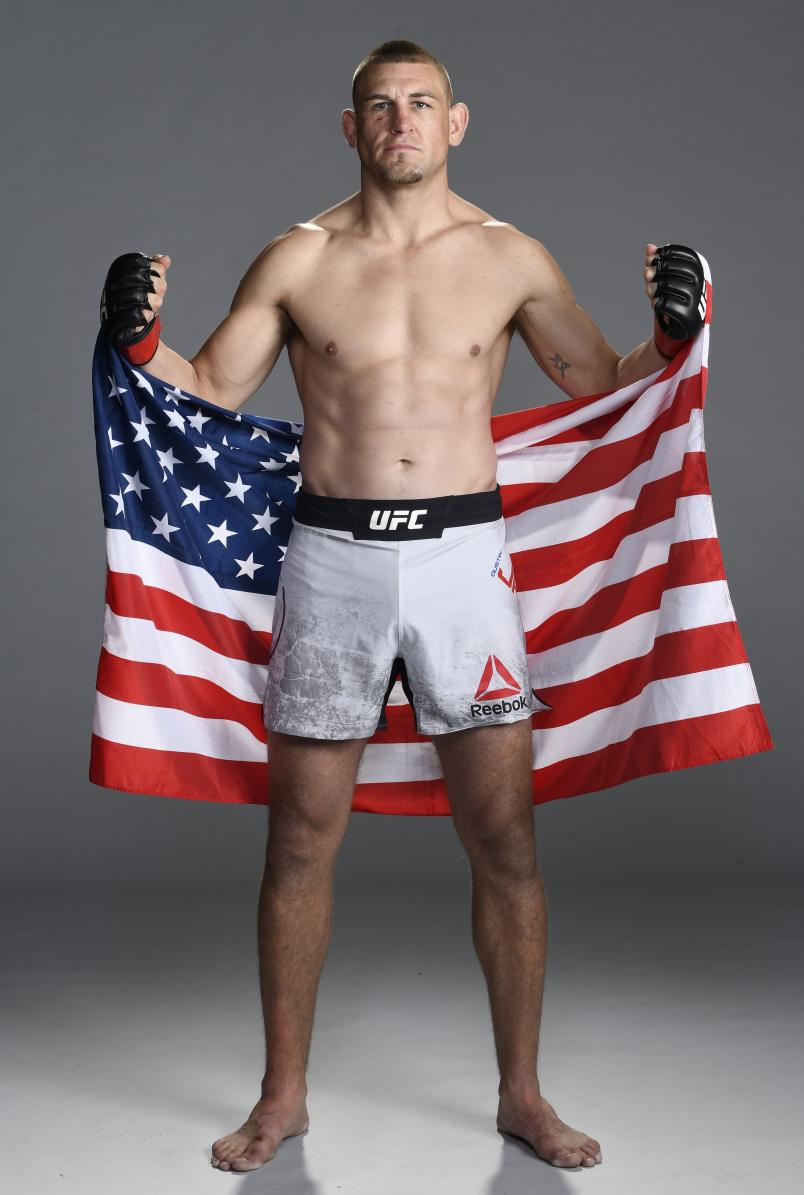 Dustin Jacoby poses for a portrait after his victory during the UFC Fight Night event at UFC APEX on October 31, 2020 in Las Vegas, Nevada. (Photo by Mike Roach/Zuffa LLC)

“It's added so much knowledge,” Jacoby said. “We train our bodies every day and we prepare physically for these fights, but I think it's even more important to prepare mentally and to hear these stories and to read these books and listen to these books and sharpen the mind. It's really played a huge role in my overall success and my growth as a person. I'm very thankful that our coach, Marc Montoya, has introduced us to that. It's one book a month and it's not hard to do, and if it's something you're willing to open your mind to and listen and soak it all up, I think it's a huge part of my success right now.”

But maybe the biggest part is that after battling through some tough times on fight night over the years, Dustin Jacoby may have forgotten how to lose.

“Everybody sees this recent success, but I've been there through the ups and downs and now I'm riding a winning streak where I haven't lost since October of 2016,” he said. “So, it's going on five years and that's only six fights in that time, but still, it's a long time since I've lost and I'm just riding the wave. I lose in the gym all the time, so I know that can happen at any moment, so I must train and be prepared for everything.”