Dues Paid, Blackledge Gets His Shot

"I’ve paid my dues in the sport and I feel like it’s my time to show why I’ve been fortunate enough to get the opportunity.” 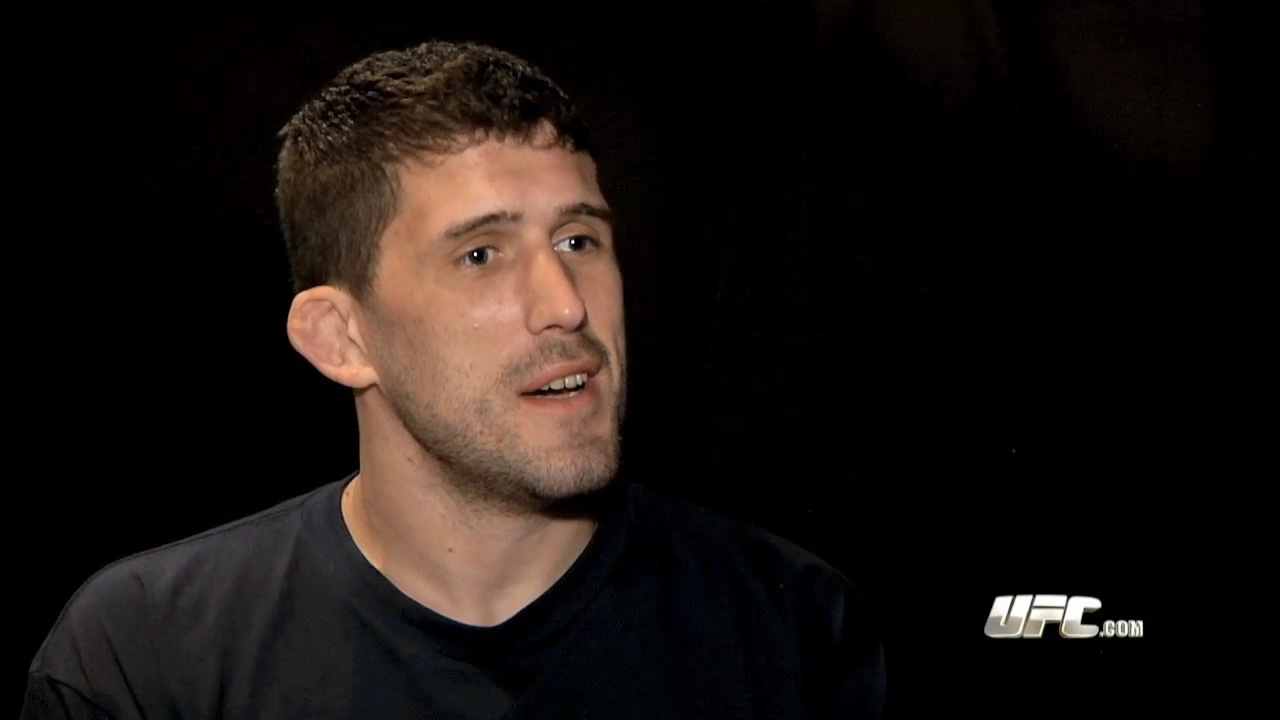 Michael Bisping. Dan Hardy. Ross Pearson. They’re household names to mixed martial arts fans in the United Kingdom and around the world. But before that trio delivered its own British invasion of the UFC over the last few years, guys like Tom Blackledge were battling it out in a sport that really didn’t even have a name.

“To be honest, it was just going in and fighting, really,” said Blackledge, who has been training for 13 years and fighting as a pro since 2002. “It was before it was even called MMA, it was just no holds barred. You weren’t thinking of making a career out of it or being a professional athlete. It was just going into a fight, trying yourself out, and seeing what you needed to improve.”

Back in those days in the UK, there were no UFC DVDs, video games, or video on demand. To see events from around the world like the UFC or PRIDE, you had to be resourceful. As Blackledge recalls, “I used to get all the VHS tapes of the original UFCs with Russian covers because we didn’t get the stuff over here. (Laughs) You had to mail order from places and get them sent over.”

In July of 2002, Blackledge – 1-1 as a pro at the time – got to see the real article at the Royal Albert Hall in London as UFC 38 captivated UK fight fans for a night.

“It was like ‘this is a show,’” said Blackledge. “And then it never came back, so for a lot of people who were fighting in MMA back then, it was always a dream that you would get to the UFC, but it was very doubtful that they would be interested in any UK guys that much.”

Bisping changed all that in 2006 with his win on season three of The Ultimate Fighter, which was followed by UFC 70 in Manchester ten months later, the opening of a UFC UK office and an international push that has seen a host of British fighters fight their way into the Octagon. One of them is Blackledge, who makes his debut this weekend against Anthony Perosh. The fight will air live on Facebook at 5pm PT/8 pm ET/1 am UK.

“I’d been training with the (Wolfslair) team from the start, and then Mike (Bisping) came and I helped him train for a lot of his fights, and he ended up getting on The Ultimate Fighter show and then he ended up going from there. Suddenly you realize that this is taking off like everyone involved thought it would. And thanks to the UFC, more people are knowing what MMA is so maybe I could make this my career. Seeing one of your teammates and your friends succeed is an eye opener.”

Blackledge’s first UFC fight won’t be met with the fanfare Bisping received, yet he doesn’t look at his 10-6 record as something to be ashamed of. Instead, it’s a badge of honor for a 31-year old fighter who learned his craft on the job when there wasn’t a concept of having a career as an MMA fighter.

“When you’re involved in the sport, you know that things can happen and anything can happen in MMA,” he said. “And back then when I was fighting, I would just fight, whether I was injured or not. It never really mattered about winning or losing; it was just going out there and having a fight. You would try things and test things while you were there. Now it’s a different kind of sport – it’s a career. And the casual fan might look and go, 10 wins and six losses, he’s a nobody, but when you fight, anything can happen and there was never any thought of me protecting a record ten years ago. I don’t make excuses for it – it isn’t the best record – but I’ve paid my dues in the sport and I feel like it’s my time to show why I’ve been fortunate enough to get the opportunity.”

The Wigan native was supposed to get that opportunity at UFC 120 last October with Bisping and three of his Wolfslair stablemates – Cheick Kongo and the debuting Rob Broughton and Curt Warburton, but injury sidelined him from a bout against countryman James McSweeney. Throw in the fact that Blackledge’s last bout in August of 2009 lasted just nine seconds thanks to a head kick knockout of Enoc Torres, and “The Juggernaut” has fought just nine seconds since April of 2009, making ring rust something that’s definitely on his mind.

“It would be wrong of me to say it’s not a concern and obviously I’m stepping on the biggest stage that you can in MMA, so it’s a little worry, but we train that hard and that well that I’m always put under pressure with the guys, and I’m looking to get in and put on a good show more than anything else, so hopefully it will come together and I’ll be able to turn it on on the night and put on an exciting show for all the fans.”

One edge Blackledge will have is that he won’t be alone in Sydney. Teammates Bisping and Warburton are also on the UFC 127 card, as well as countryman and friend Pearson, and if anything has been evident over the last few years of the UK’s emergence on the world scene is that the Brits stick together. Now it’s up to Blackledge and company to clear the way for the next generation.

“It’s great that we all got in (the UFC) because we’re all really close friends and we’re all helping each other,” said Blackledge. “And the guys that aren’t signed to the UFC but fighting for the smaller promotions are hoping, and it gives them even more of a drive. They see Curt, and Rob, and myself are signed, so anything’s possible. It’s not like it’s an impossible dream for them. It motivates them and everybody’s in the gym all the time helping each other, so it makes a big difference and helps out in the training.”