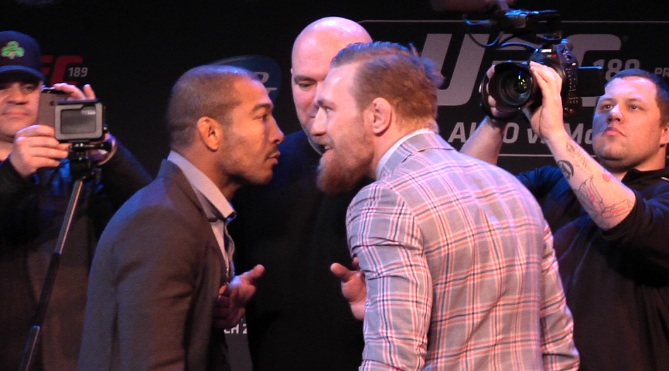 It's been the most talked about media tour in the history of the sport, and on Tuesday, the increasingly heated UFC 189 World Tour will conclude in Dublin, Ireland, home of featherweight title challenger Conor McGregor.

Joining the "Notorious" one at Convention Centre Dublin at 6pm local time (1pm ET / 10am PT) will not only be McGregor's nemesis, UFC featherweight champion Jose Aldo, and UFC President Dana White, but seven Irish stars eager to support their countryman and greet their local fans.

The event will be streamed live at UFC.com, and tickets for UFC 189, which takes place in Las Vegas on July 11, are on sale now.