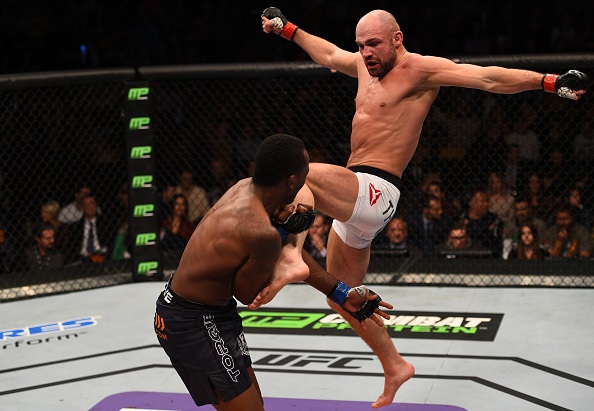 Born in Boston, welterweight prospect Cathal Pendred wasn’t spectacular in his home debut at TD Garden Sunday night, but he did get a win, taking a three-round unanimous decision over Dallas’ Sean Spencer in UFC Fight Night prelim action.

Pendred took Spencer’s boxing out of the equation early with a thudding takedown, but once the two rose, Spencer drilled the Dubliner with a series of right hands that put him on wobbly legs. Pendred immediately clinched when he got the chance, allowing him to clear his head and get another takedown in the closing minute.

The Irishman had more success on his feet in round two, and while Spencer was clearly the smoother striker, Pendred was staying busy. Once Spencer’s right hand landed though, all bets were off. Pendred was able to take the fight back to the ground late, finishing the round strong.

There was little significant scoring in the third and final round, but the busier Pendred apparently did enough to take it on the scorecards, securing his third Octagon victory. 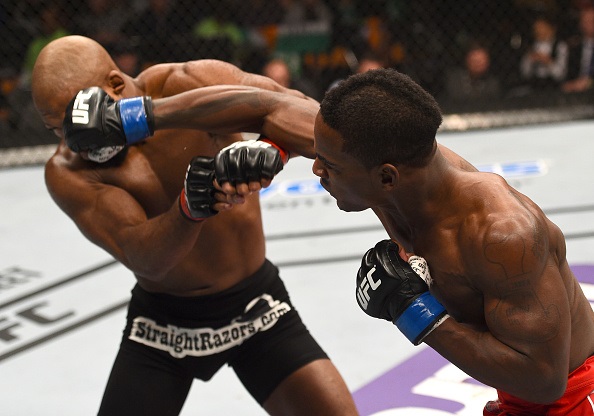 LARKIN vs. HOWARD
Welterweight appears to be a good fit for former light heavyweight / middleweight Lorenz Larkin, as he silenced the TD Garden crowd with a first-round TKO of Boston native John Howard.

Clearly faster and sharper at 170 pounds, Larkin was moving well throughout the first frame, waiting for his opening to lower the boom, and after jarring Howard with a right hand, it was only a matter of moments before he fired off the series of unanswered blows that brought referee Herb Dean in to stop the bout at the 2:17 mark. 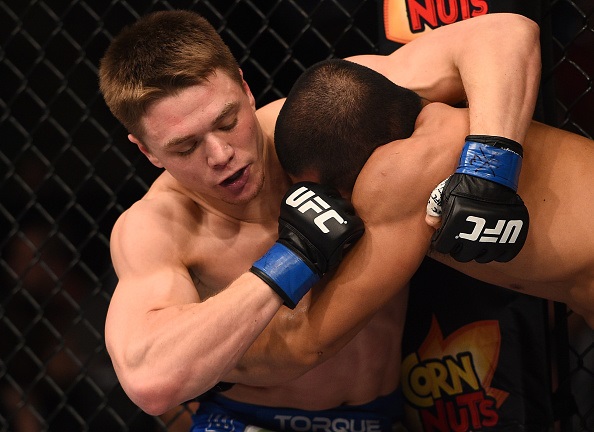 Wade was steady in the opening round, putting together the best action of the round with an early takedown. Outside of that, the bout was mainly fought in the clinch against the fence, both fighters taking turns controlling each other.

In round two, Zhang’s third low strike of the fight cost him a point from referee Kevin MacDonald, and when Wade took the Beijing native to the mat with under two minutes left and kept him there for an extended spell, it was likely a 10-8 round for the New Yorker.

Things didn’t get much better for Zhang in the last round, as Wade kept the pressure on and refused to let his opponent turn the bout around. It wasn’t as spectacular as his first UFC victory over Cain Carrizosa last August, but a win’s a win, and Wade will take it. 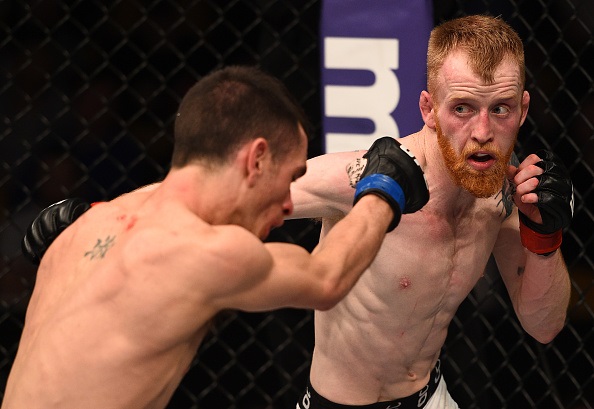 HOLOHAN vs. HOWELL
Flyweight prospect Paddy Holohan got the Dublin contingent on the board against Shane Howell, winning a clear-cut three round unanimous decision over the American.

As soon as the fight hit the mat early on, Holohan took control, taking Howell’s back and sinking in a rear naked choke. Howell hung tough, escaping twice and even getting the top position just before the end of the stanza.

Holohan (11-1-1) didn’t threaten with a submission in the second, but he did dominate matters on the ground once again, leaving Howell in a deep hole on the scorecards entering the final frame. Howell (13-9) wasn’t able to turn things around though, as “The Hooligan” coolly controlled the ground action, putting a shutout point win in the bank. 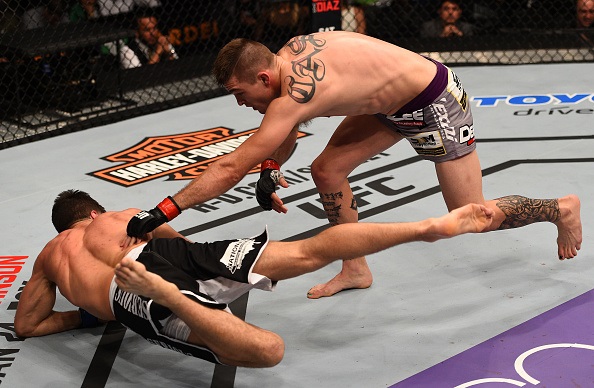 After a brief feeling out process, Perez got a takedown but wasn’t able to do anything with it, allowing Case to not only get up to his feet, but score a takedown of his own. Case landed some hard ground strikes, particularly to the body, before a referee restart late in the frame.

Perez got the fight to the mat early in round two, nearly securing a leg lock, but Case pounded his way out of trouble and regained control of the bout, both standing and on the mat.

Case’s domination continued into the third round, and after taking Perez to the mat, he finished his foe off with strikes, referee Bryan Miner intervening at the 1:54 mark.

With the win, Case, who has won ten straight, improves to 20-4; New Jersey’s Perez, who stepped in on short notice to replace Francisco Trevino, falls to 9-2. 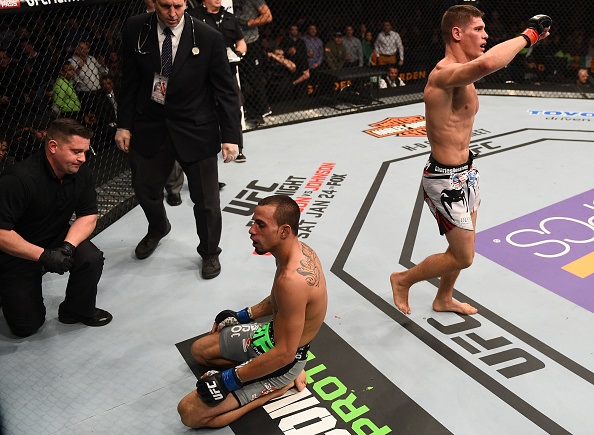 Rosa (10-1) got the takedown in the opening minute, but Soriano adjusted well once he hit the deck, as he attempted a triangle choke. Rosa eventually escaped, with Soriano using the opportunity to get back to his feet. Rosa pressed the action, Soriano countering well, and when the Providence native took the lead, he was able to keep tagging his foe.

Soriano (8-3), who had Rosa limping from his kicks to the left leg, got two quick takedowns in the first half of round two, and the second one almost cost him, as he got caught in an armbar. Soriano got loose, but Rosa kept him grounded, eventually moving to full mount from the back. Soriano fought his way free and back to his feet, but only briefly thanks to another quick takedown. Rosa got the last word though, nearly finishing his opponent with a Peruvian Necktie.

Scoring with several hard shots to open the third, Soriano still dragged the fight to the mat, Rosa quickly taking the dominant back position. Soriano shook Rosa loose, only to get caught briefly in an armbar. Soriano again pulled free and stood, fatigue evident as Rosa took him down and went for a guillotine choke. But it was the D’Arce choke that ended matters at 4:43 of the final round.