Drew Dober Is Searching For A Highlight

Drew Dober said that he always brings his chin, his heart, and his left hand to every single fight. It’s the reason that he managed to secure a comeback knockout victory against Terrance McKinney a few months ago.

It’s all a part of the journey and storyline he is creating for himself.

“I’m the walking Rocky Balboa story and these are the fights that people really want to see,” Dober told UFC.com ahead of his bout at UFC 277: Peña vs Nunes 2. “I have a hard time with the fact that I got knocked down in the first 30 seconds, but this is the story that I’m trying to create with my career, and showcase failure and success in three minutes.”

His matchup against McKinney took place in the UFC APEX, but this weekend against fellow lightweight standout Rafael Alves, he’ll have a sold-out crowd cheering him on in the American Airlines Center in Dallas. Being able to fight in front of fans is the reason that Dober loves what he does. 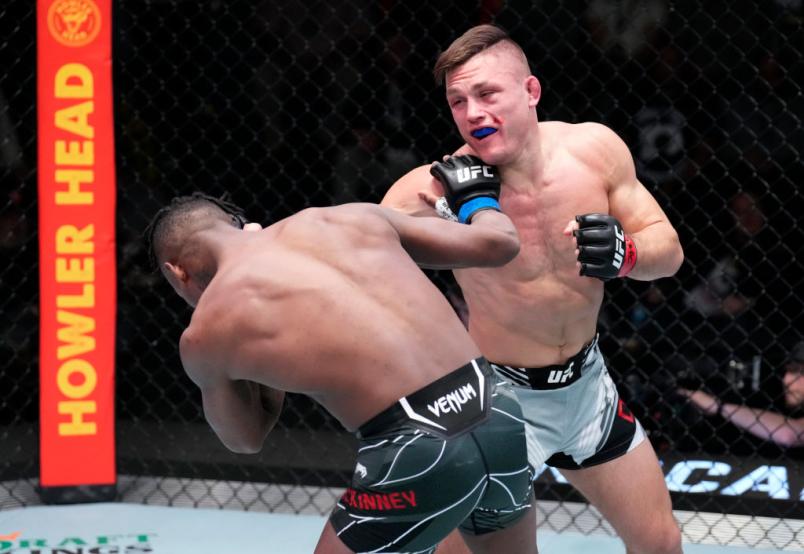 The hard work that Dober has put into this training camp is finally coming to a conclusion and he is ecstatic to put on a show for the fans.

“We’ve been working on just being a better athlete,” Dober said. “Obviously fixing the holes, but really just trying to get bigger, faster, stronger, and then having a better opportunity to really force my technique. It’s been incredible and I feel really good about it.”

Dober’s opponent this weekend has seven wins by knockout and eight by submission. Alves’ strengths on the ground are something that the 33-year-old is fully aware of as fight night approaches, but he is prepared for whatever the Brazilian may bring into the Octagon.

“He is really athletic and has a pretty solid guillotine,” Dober said. “Outside of that, he’s enthusiastic and chaotic, so I’m not quite sure what he is going to bring in the 15 minutes in which we’re in there, but I know he’s going to try and put some things on me really quick. I’m just ready for whichever Rafael shows up.” 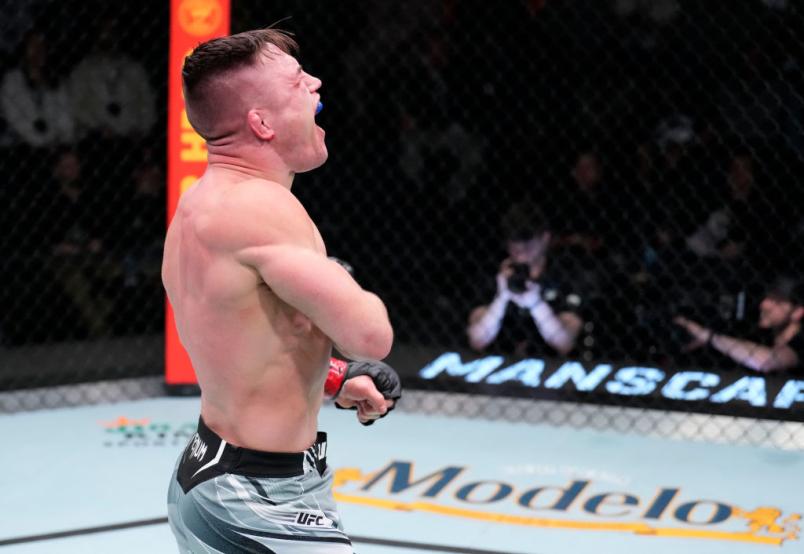 Drew Dober reacts after his victory over Terrance McKinney in their lightweight fight during the UFC Fight Night event at UFC APEX on March 12, 2022 in Las Vegas, Nevada. (Photo by Chris Unger/Zuffa LLC)

When preparing for someone who is chaotic and unpredictable during a fight, Dober said, “You just have to literally roll with the punches.” Even though it is important to study your opponent, Dober just focuses on himself during fight camp. His coaches watch film, while his job is becoming the best fighter he can be.

At the end of the day, Dober knows where his strengths are and how he can capitalize on them.

“I like throwing hands,” Dober said. “I think I’m one of the better strikers in the lightweight division. This is where I can make him uncomfortable, but I like showcasing my grappling ability if he wants to take it there. If I want to have the fight the way I want to have it, it’s a stand-up war.” 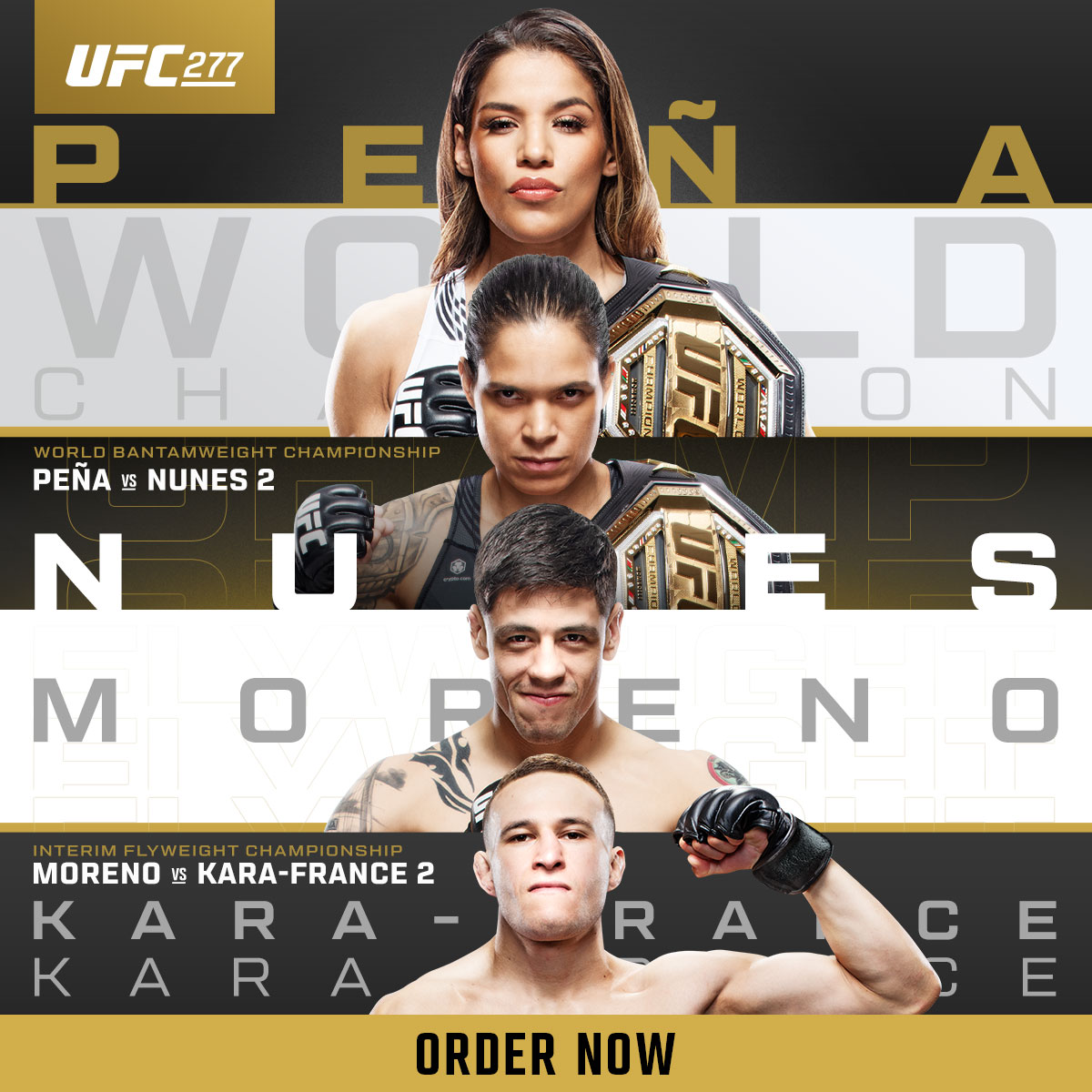 Dober is hoping for another highlight reel knockout finish in front of a big crowd in Dallas. He has six knockouts and is gunning for Dustin Poirier’s divisional record of eight.

He believes that he is currently a gatekeeper in the rankings and wants to get out of that role and start pushing his way up the list. Earning a statement victory on Saturday would mark his second victory in a row and allow Dober to continue his push to the top of the division, fighting the best of the best at 155 pounds.

“I really want to fight the stars,” Dober said. “I want to fight the Conor McGregors, the Michael Chandlers, the Dustin Poiriers, the big-name fights. The only way to do that is you have to put yourself in that position. The rankings are fantastic, but I only want to get there so I can fight the best in the world.”