Drew Dober Is Enjoying The Moments

A decade after his professional debut, Drew Dober is relaxed and looking for a spectacular finish in Minneapolis.
By E. Spencer Kyte • Jun. 24, 2019

A month shy of the 10-year anniversary of his professional mixed martial arts debut, Drew Dober is in a good place.

A fixture on the UFC roster for nearly five years who can be counted on to deliver entertaining fights whenever he steps into the Octagon, the 30-year-old Nebraska native has surrounded himself with a great team, had largely positive results of late and has found the kind of balance necessary to distinguish between the inherent frustrations and struggles of a career forged inside the cage and the numerous positives that come with chasing your dreams and competing on the biggest stage in the sport.

“I’ve learned to just enjoy the moments,” said Dober, who takes on Marco Polo Reyes on the main card of Saturday’s return to the Target Center in Minneapolis, when asked about the biggest takeaways from his first 10 years as a professional fighter. “Fighting and sometimes life itself get pretty difficult and every journey has ups and downs, so enjoying every moment of the journey is what MMA has taught me.

“Weight cutting sucks, so do injuries and this and that, but every day there is something to be grateful for and that you can enjoy,” he added. “I can’t wait for Saturday because those are the moments I truly enjoy.” 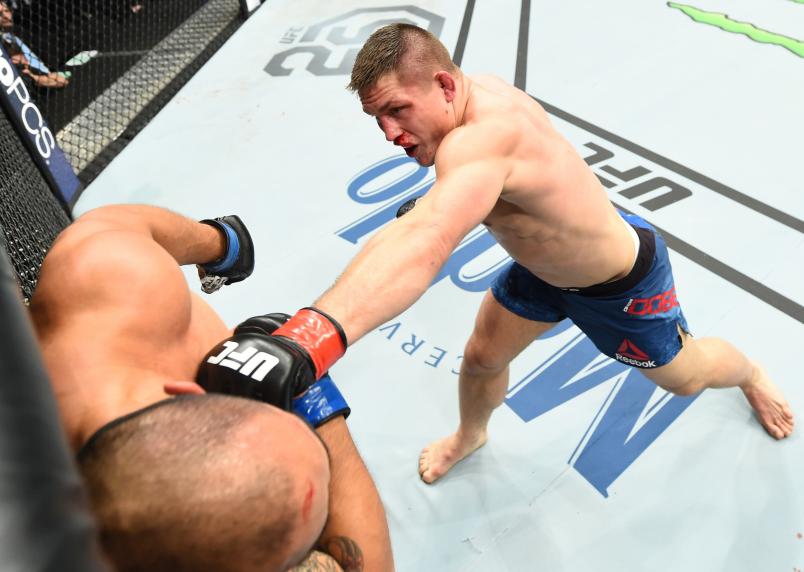 There are multiple factors that contribute to Dober’s excitement heading into this weekend’s fight card, excluding the obvious desire to compete and add some money to his bank account.

For one, it’s a relatively quick turnaround following his loss to Beneil Dariush in March, which not only lines up with his desire to compete more frequently, but also affords him the opportunity to put the lessons he learned from that contest into practice as he looks to climb the competitive lightweight ladder.

“There is a fine line between too much time off and not enough time off,” said Dober, who only fought twice in 2018 and went a full six months between his win over Jon Tuck and his loss to Dariush in March. “This career has a shelf life and depending on how many years I have left, getting one fight a year isn’t enough for me.

“If I want to take full advantage of this opportunity, fighting on the biggest stage in the world, I need to fight more often,” he added. “I need to fight as often as I can.” 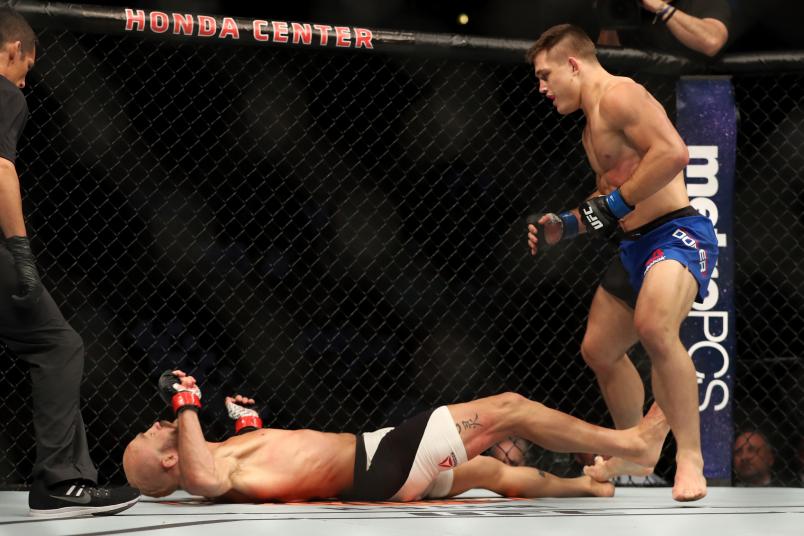 ANAHEIM, CA - JULY 29: Joshua Burkman falls to the mat after being knocked out by Drew Dober in their lightweight bout during the UFC 214 event at Honda Center on July 29, 2017 in Anaheim, California. (Photo by Christian Petersen/Zuffa LLC/Zuffa LLC via Getty Images)

Heading into this year, the Elevation Fight Team member had won three straight and five of his previous six appearances, with the bout against Dariush in March standing as the step up in competition Dober had long requested.

While he was ultimately forced to tap to a slick triangle armbar late in the second round, the fight wasn’t as one-sided as the final outcome might lead people to assume and there were definitely positives Dober took away from the experience.

“Failure is what makes people better,” he began. “Losing is God-awful and I don’t want to repeat it, but failures are what make people grow, so as long as you take something from it, that’s key.

“(That fight) showed me that I’m able to perform exceptionally against all the top guys. There’s not anyone in the Top 10 of the division that I’m intimidated by and I think I can perform well at every level, including the championship level.

“I think that first round — even Beneil talked about it — I almost finished him, and being a fan of Beneil, no other fighter has done that to him,” added Dober, who stung Dariush with a right hand two minutes into the round and repeatedly got the advantage of the striking exchanges over the opening frame. “That second round humbled me and taught me the things I still need to develop.

“But even though I lost and it sucks, both the first and second rounds are huge confidence boosts and learning experiences.” 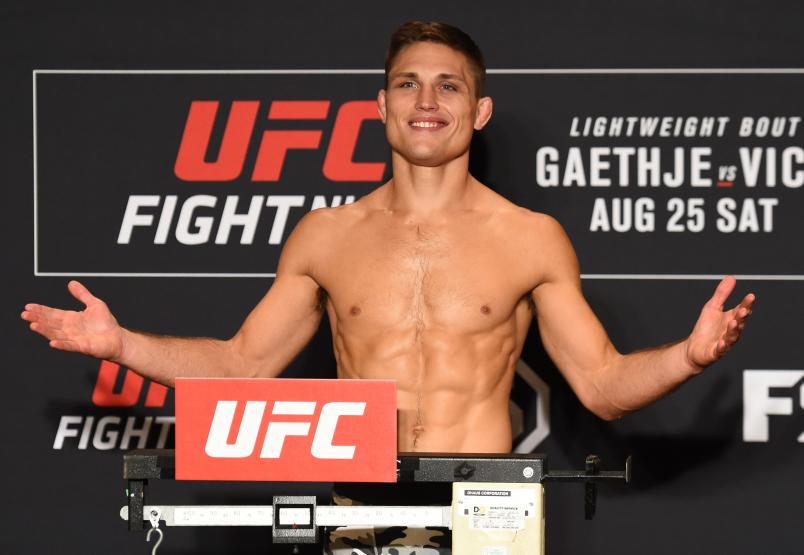 He’ll carry that confidence into the cage this weekend in Minneapolis, where he squares off with the always aggressive, always exciting Reyes in the second bout of Saturday’s main card.

“I actually had no idea who he was, to be completely honest,” admitted Dober when asked his first thoughts on the matchup. “But after doing some research, I see he’s pretty exciting. He’s a really good striker who likes standing and trading, so I think Sean Shelby did a fantastic job of putting two strikers together to entertain the fans.”

Indeed, the UFC matchmaker has put together a surefire slobberknocker in this one as the 34-year-old Reyes has never shied away from a fist-fight and all of Dober’s fights seemingly feature one or both parties leaving the cage with crimson leaking out of their face.

And that’s exactly the kind of fight the veteran lightweight anticipates on Saturday night.

“All my fights, I go out and have fun and I don’t mind bumps, bruises or blood,” said Dober. “I’m going in there with a relaxed and creative mind and I will find the opportunity to end this fight in spectacular fashion.

“I can’t put any prediction on how the fight will go; I just know it will be thoroughly entertaining.”