With his boyish demeanor and ceaseless Midwestern politeness, Drew Dober could easily be described as the MMA equivalent of the killer hiding in plain sight, because while looks can be deceiving, what he delivers as a member of the lightweight shark tank is clear for all to see.

When we last saw Dober in the Octagon, he was celebrating, needing just over a minute to get a statement knockout victory against Marco Polo Reyes at UFC Minneapolis. So methodical was his execution, he likely could have fought later that evening, let alone six months later at UFC 246. It seemed he had barely broken a sweat.

“I always take a little time off to rest and recover. It doesn’t matter how long the fight is. We have a long training camp where we get some bumps and bruises, and it’s always really good to bring that balance in and work on the social life and things outside of the gym.” 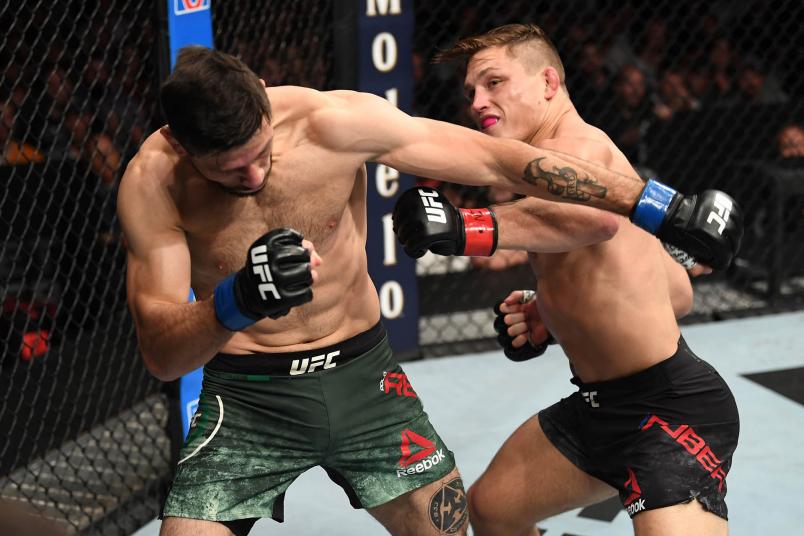 Even as he says this, it’s difficult to believe. With a dogged work ethic and video game caricature of a physique, it would be easier to accept that he only leaves the gym to fight.

Practice has just concluded, and nobody was going harder than the Nebraska native.

“Drew is getting better every single week. His footwork, his striking, and his confidence in every fight has just taken a step forward. It’s fun to watch him develop and take a little piece from all his coaches and actually implement what we’re doing in the cage. His footwork in that last fight is hard to see because it was so quick, but it was something specific that he and his coaches were working on. That’s beautiful. I love to see that.”

“Drew has been doing great,” concurs fellow coach Sean Madden. “The last couple fights he’s had have really showcased his growth. He’s really starting to be a force in that division.”

It was Dober’s fourth win in five fights, and the ferocity of the knockout certainly turned some heads. But for Dober, it was simply back to the gym, back to the drawing board. A lesser fighter would be tempted to think he had things figured out, but as he enters his seventh year in the UFC, Dober knows better.

If there were any holes that have indeed been fixed in the last six months, it could be a long night for Dober’s UFC 246 opponent, highly-touted up-and-comer Nasrat Haqparast. If both men bring their A-game, the bout is a legitimate dark horse for potential performance bonuses.

For their part, the coaches and teammates at Elevation can’t wait. Dober’s commitment to evolution and the team’s commitment to helping him achieve it is visibly a labor of love. 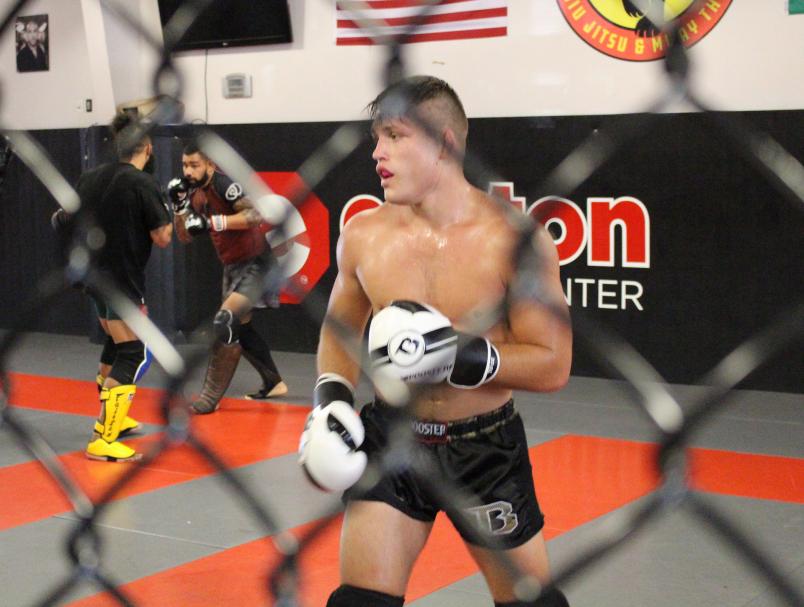 “Bro…,” says Elevation’s Cody Donovan, shaking his head, trying to find the right words. “Drew is a complete fighter. Drew is extremely coachable. His striking is on point. He’s got great ground-and-pound. He’s a very good wrestler. He doesn’t have a lot of holes. I think Drew is a bad matchup for just about everybody in his weight class. I think you’re going to continue to see him climb. The sky is the limit for Drew.”

Hearing praise like that from your coach, let alone one of Donovan’s stature, could be among the most profound forms of flattery. But Dober prefers to hear the words as affirmation of his endeavors.

“I spend a lot of time just trying to be the complete fighter. I’m wrestling with college wrestlers, going against black belts in jiu-jitsu and then world-class strikers. I’m trying to compete with every single one of them, and when I fall short, I use it as motivation. I want to be able to compete with the best in the world in any discipline.”