Drew Dober's Attitude Is His Secret

Getting Momentum In The UFC's Lightweight Division Isn't Easy And That's Why Drew Dober Can't Help But Smile About The Opportunity Ahead Of Him At UFC 259.
By Thomas Gerbasi, on Twitter: @TGerbasi • Mar. 5, 2021

Nine years ago this coming Tuesday, Drew Dober will mark the anniversary of when he was a 23-year-old kid trying to fight his way onto a reality TV show.

No, it wasn’t the Jersey Shore or Survivor or anything like that. Instead, the Omaha native had traveled to Las Vegas to become a cast member on the first live season of The Ultimate Fighter.

And he had five minutes to do it.

Unfortunately, five minutes wasn’t enough to get by Daron Cruickshank in the one-round elimination round bout, and Dober was back to the regional scene to try and figure out how to get to the UFC.

“It was an interesting experience,” he said. “I wouldn't say it was the best experience, but it's still fun to say that I was a part of a reality show to casual people.”

The brief time on TUF 15 also served to force Dober into some much-needed changes.

“That season was 12 weeks in a house with people you could potentially fight, and I don't think that was my path,” he said. “If I made it on the show, I think things would have happened differently, which I don't want. Not making it into the house forced me to recollect and refocus. Then I made the move to Denver, Colorado, got with Team Elevation, and now I'm on this win streak that I have going on right now and I'm thoroughly grateful and blessed, not only for my success, but also my failures.”

"I can't wait to see if he lives up to the hype."@DrewDober discusses his mindset heading into his #UFC259 showdown with Islam Makhachev 🔊⬆️

Safe to say he’s one of the folks who believes everything happens for a reason?

“Yes, I am one of those guys that believe that, and I say it more often than I care to admit,” he laughs.

On Saturday night, Dober competes on the main card of UFC 259, fighting Islam Makhachev on the biggest show of 2021 thus far. It’s a spot he earned the hard way, through 15 UFC fights that have seen him hit the highs and lows of the sport along the way. And with wins in six of his last seven bouts, it may be safe to say he’s hitting his fighting prime at the age of 32. It’s all good stuff for the always-smiling lightweight, but there were still growing pains to get through, even after he made it to the UFC in November 2013, ones he has grown through and put to the side with his recent run of success.

“I just think it's one of those things where I don't let outcomes of fights or outcomes of life dictate what I believe in myself,” Dober said. “What's that phrase? A win should not go to your head and a loss should not get to your heart. I just love fighting for what fighting is. I'm not into fighting for the money, the girls, the fans, the friends and all that stuff. I'm in it because I absolutely love it, so win or lose, it doesn't matter to me. I absolutely enjoy this. In my 20s, around The Ultimate Fighter time, it felt like a job and I stopped enjoying it and I had to make that flip to enjoying it again, and that's where I'm at today. What keeps me patient is the fact that I just enjoy the journey. I enjoy every moment and this fight coming up, I'm gonna enjoy every second I'm in that cage.”

At 32 years old, Dober isn’t far removed from his 20s, which means he doesn’t forget how he approached the sport then, even if some of those years feel like a blur when he thinks about the days going full speed ahead to chase goals he thought he was expected to chase as a young athlete trying to get there before that window of youth closed down.

“I enjoyed it, but I was just biting down on the mouthpiece, pedal to the medal, running forward, taking risks and it wasn't skillful, it wasn't thought out, it was just me doing as much as I can as soon as I can do it,” he said. “And so my entire 20s and my entire career in my 20s made me tough. It put me in positions where I had to dig myself out of some holes. Now in my 30s, I'm easing up on the gas, I'm taking in the moments and I'm doing things more skillfully and I'm doing it with a smile on my face. And I feel like that's what I was lacking in my 20s. It wasn't hard as far as the work. MMA wasn't hard for me. It was the fact that I thought I had to be miserable. Like I had to cut a tremendous amount of weight, I had to do all these sprints and get beat up and spar as much as possible and just be miserable. And you didn't have to do that. And so since I took a step back and I started enjoying life and enjoying the process, wins started happening for me.” 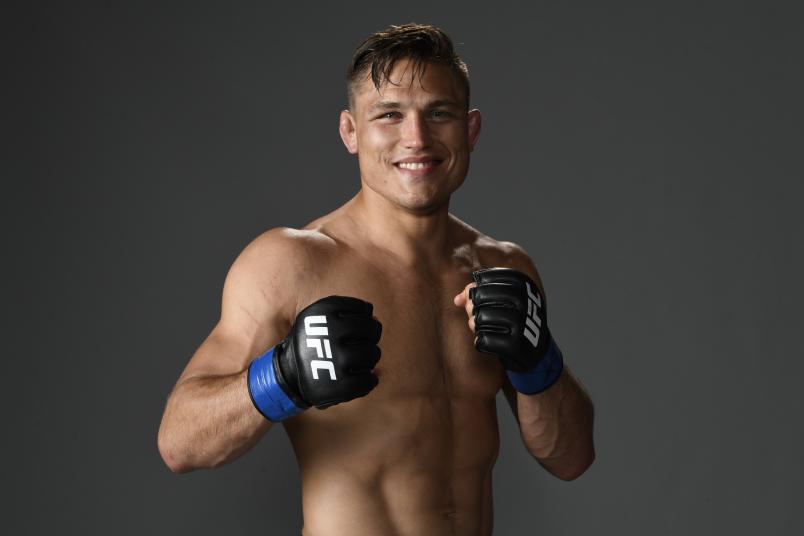 Drew Dober poses for a portrait backstage during the UFC Fight Night Event at VyStar Veterans Memorial Arena on May 13, 2020 in Jacksonville, Florida. (Photo by Mike Roach/Zuffa LLC)

The way he sees it, everything changed after a submission loss to Olivier Aubin-Mercier in Toronto in December 2016. The defeat put Dober at 3-4 with 1 NC in the UFC, and though he showed glimpses of world-class potential, that record wasn’t going to help anyone with dreams of one day putting a championship belt around his waist.

“I went into that fight with a mad face, with so many things going in my head about the first round, the third round, how is my shoulder doing and this and that,” said Dober. “I even got in the cage and I was mean mugging. My friends were like, 'What was wrong? You weren't being yourself.' So after that fight, I had to make changes, and one was the change of my weight cut. I hired a nutritionist. Another thing was I hired a mental coach and started talking about how do I see a champion?”

The secret was in Dober’s stint fighting in Muay Thai.

“Nobody cares about Muay Thai here,” he laughs. “You can't google my Muay Thai record, and I didn't care who won, I was just having fun with it. And when I was a regional pro, I would sit in the audience and watch fights before I had to get my hands taped. I thoroughly enjoyed everything I did. And in that process of me trying to get into the UFC, being on The Ultimate Fighter and stuff like that, I felt like I had to be miserable. I couldn't smile, I couldn't laugh, I couldn't have fun with it. And so I had to make that adjustment after my fight with Olivier, and my first fight having fun again was Josh Burkman.” 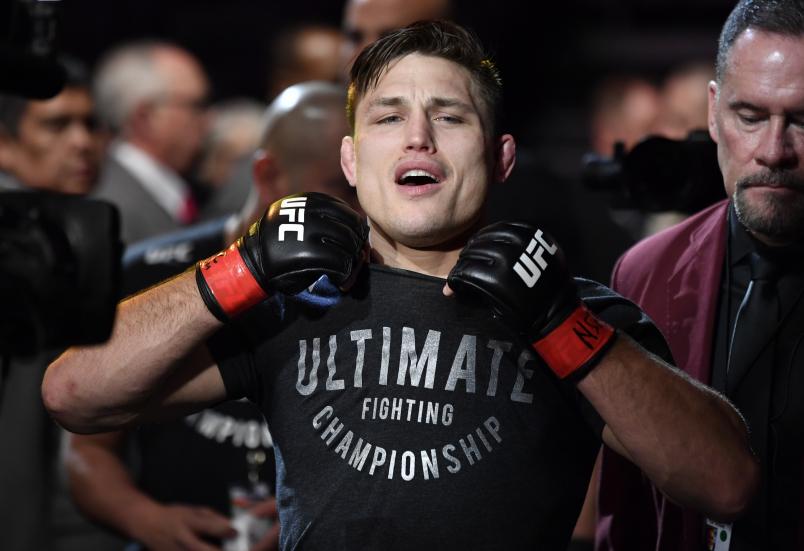 Drew Dober enters the octagon during his lightweight fight during the UFC 246 event at T-Mobile Arena on January 18, 2020 in Las Vegas, Nevada. (Photo by Jeff Bottari/Zuffa LLC)

That fight ended with a first-round knockout victory that took slightly over three minutes. Then he won again and again, and three more times, with the only loss since the July 2017 bout against Burkman being a defeat at the hands of Beneil Dariush in March 2019. Now he’s on the biggest card of the year, fighting a surging contender, and with a win, it will likely be his ticket to even more high-profile bouts.

Is that putting too much on this 15 minutes or less of Dober’s life?

“I think it might be putting a little too much, but it is,” he laughs. “I'm fighting Islam Makhachev, who is touted as the next Russian champion, on the biggest card of the year and sharing the spotlight with these stars of MMA. The amount of eyes on my fight, I'm thoroughly excited for this and it's absolutely motivating. Not only do I want to win, but I want to win big because this is gonna be my opportunity to propel myself into the bigger and better fights. I want to have fun doing this against the Conor McGregors and Dustin Poiriers and those guys, and for me to get those opportunities, I have to make a big statement Saturday night.”

So what’s going to be Dober’s key to victory on Saturday and in every fight from here on out?

“I refuse to let other people ruin my smile,” he said. “That's it.”