Drakkar Klose Is A Different Breed

Drakkar Klose can win a hundred fights and a hundred titles, but the light of his life will always be his son, Kingston, who just turned a year old last month. And as a fairly new dad, the lightweight up and comer already has things planned out for young Mr. Klose, and those plans don’t include following in his footsteps.

“I want to make sure he hits the books hard,” Klose said, pushing aside any notion of his son putting the gloves on. “This game is tough. It’s not for everyone. We’re just a different breed. I didn’t choose to become a fighter. It was just in me.”

It may have been in the blood.

“When I was little, my dad wanted to be a boxer,” Klose said. “I would always see him shadowbox around the house. Then out of nowhere after college, I started fighting and I was pretty good at it. It’s crazy how life goes.”

Now the South Haven, Michigan native is 10-1-1 as a pro mixed martial artist and 4-1 in the UFC. This Saturday, he faces Christos Giagos in a UFC 241 bout that marks his first appearance of 2019. That’s a situation he describes as “an emotional rollercoaster,” one that definitely hit some wild drops in July, when a fight with Beneil Dariush was scrapped on fight week due to a Dariush injury. 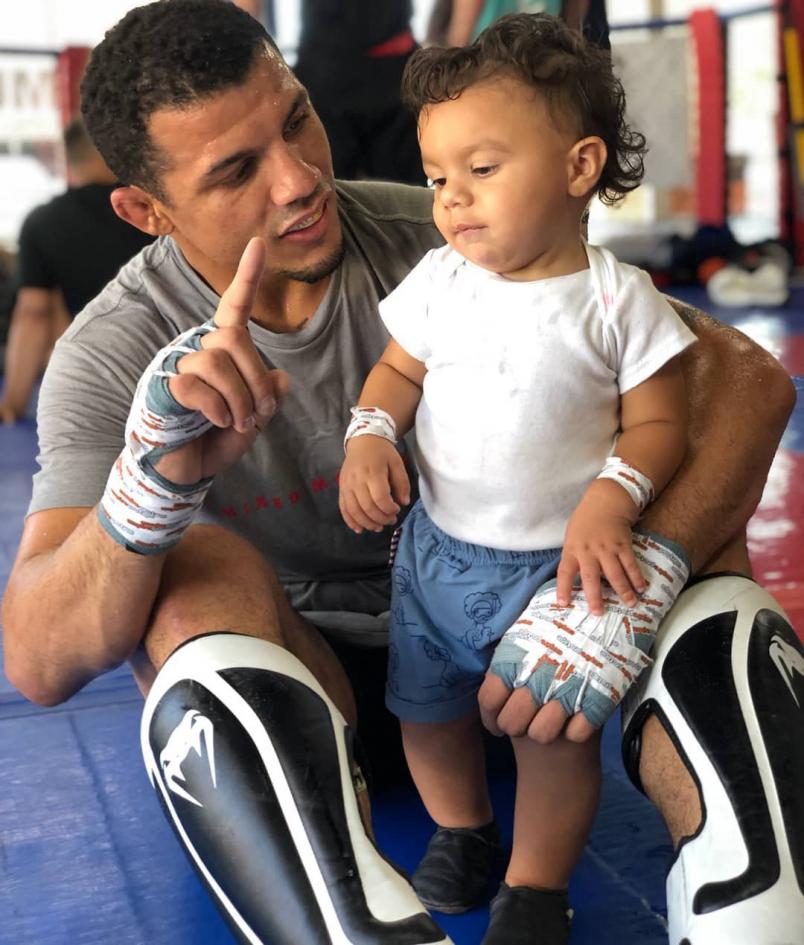 Already in Sacramento, Klose had to go back to his current home in Arizona and regroup, staying sharp while hoping for a quick call for a new fight. He got it, landing on this weekend’s event in Anaheim, which just happens to be Giagos’ backyard. Klose doesn’t care if it was on Giagos’ back porch, as long as he’s fighting.

“To me, Dariush is a bigger name, but it's not a step backwards,” he said. “I think this is a fight where I can just go out there and be me and get the victory and showcase a lot more of my skills than what I've shown in the past.”

The 31-year-old has shown plenty thus far in beating Devin Powell, Marc Diakiese, Lando Vannata and Bobby Green, with his only loss coming against David Teymur in 2017. But one thing that’s eluded him thus far is the highlight reel knockout or submission, something he hopes to rectify against Giagos. 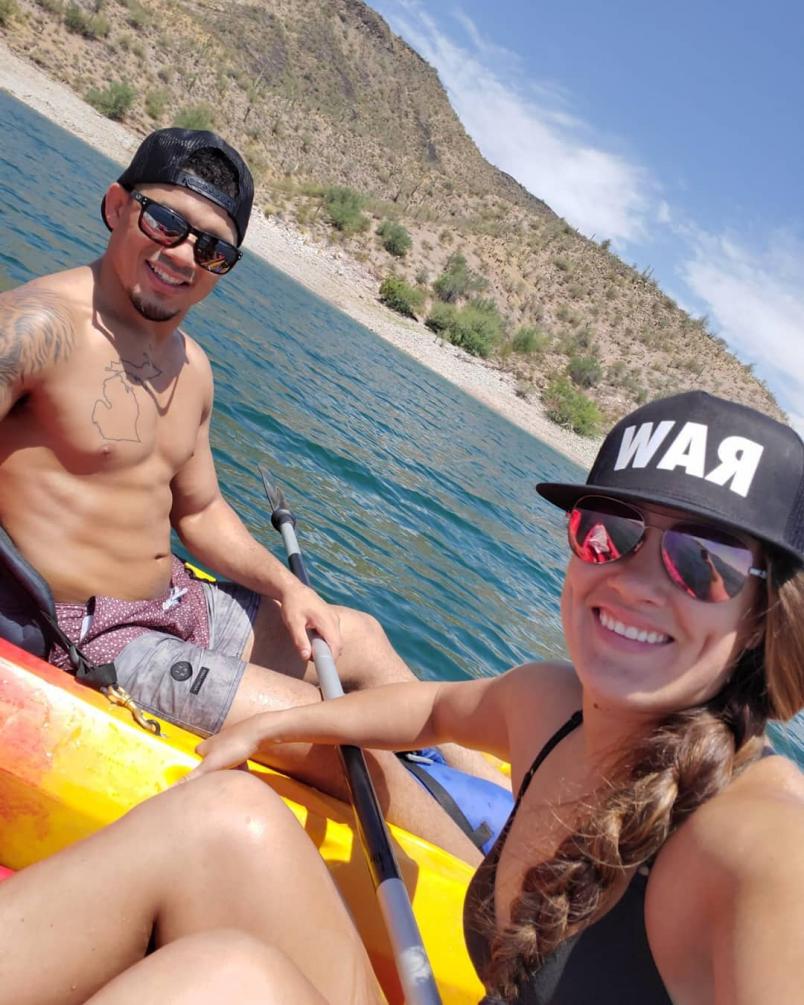 “I have to go out there and get a finish,” he said. “I have to leave an impression on (UFC matchmaker) Sean Shelby and (UFC President) Dana (White) and all them to give me a shot at somebody in the top 15. I always go out there and I give it my all. I try not to leave any regrets when I’m in there. And hopefully this fight I can get that finish.”

To that end, Klose made a move earlier this year from the MMA Lab squad to the Fight Ready camp, following longtime coach Eddie Cha. For him, it was a necessary move.

“I learned a lot from Eddie and I consider him my head coach,” he said. “Once everything went down there, I had to follow him. He put a lot of time into me, not saying (MMA Lab coach John) Crouch hadn’t, but I got more individual time with Eddie.”

And stylistically, Klose feels that we will now see more of the fighter he was earlier in his career, when he scored four of his first five wins by knockout. 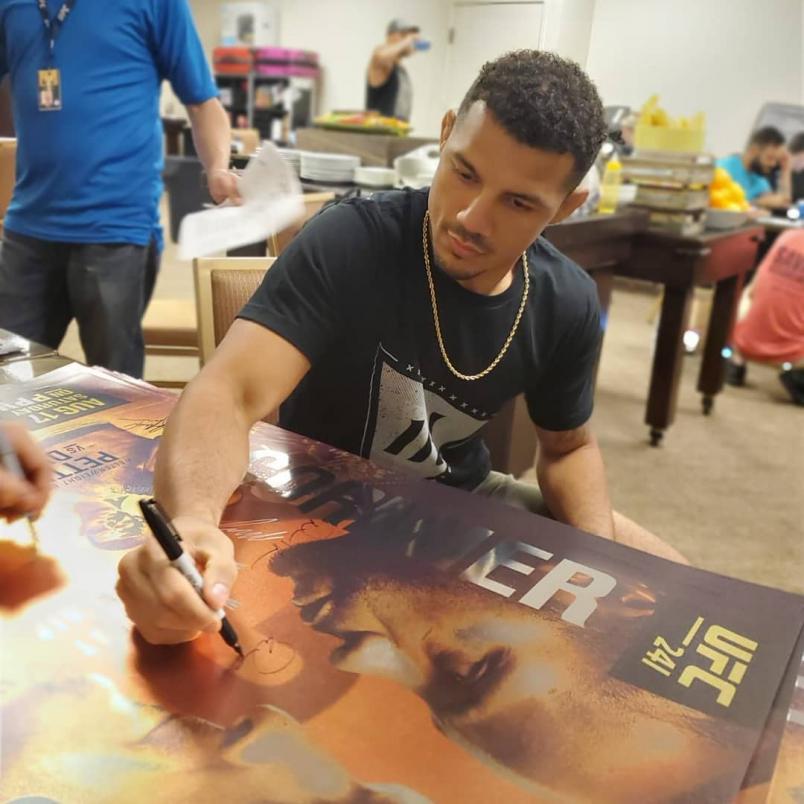 “When I first started fighting, I was way more vicious and not playing it safe,” he said. “Not saying I’m playing it safe now, but it’s just styles. At the Lab, it felt like everyone worked on the same thing. Here, they pick out what you’re good at and they improve on that so everyone’s not doing the same exact thing, because not every fighter’s the same.”

It’s those individual traits that fight fans latch on to, and when the fans are invested, a star is born. And sometimes, all it takes is one big win to get that crowd in your corner, and Klose is aiming to deliver that win with the world watching on Saturday.

“I think the bigger the card, the better performance I put on,” he said. “The brighter the lights, the more I shine. He (Giagos) goes out there and brings it and that's what people like. So if I go out there and put on a good showcase for everyone, that's gonna get my name out there.”

But what happens if he catches Kingston shadowboxing in his room one of these years?

“I’ll tell him, ‘You better stop shadowboxing and pick up that book.’”