Drakkar Klose Believes He Is A Different Fighter

Drakkar Klose's Mission Is Simple, Show How Much He Has Improved And Leave UFC Fight Night: Blaydes Vs Lewis With A Victory.
By Zac Pacleb, on Twitter @ZacPacleb • Feb. 17, 2021

For there to be a memorable comeback, someone first needs to be significantly ahead. Unfortunately for Drakkar Klose, he found himself on the bad end of Beneil Dariush’s 2020 Comeback of the Year after it looked like Klose was on his way to an emphatic knockout win at UFC 248 last March.

Nearly a year has passed since that wild affair, and Klose’s perspective on the night is one of self-critique.

“I did everything I said I wasn’t going to do,” Klose told UFC.com. “I knew I was going to rock him, but once I rocked him, my game plan went out the window, and I got knocked out.”

Avoiding that adrenaline rush in the moment is difficult, but knowing there won’t be a crowd to urge him on in the UFC APEX, Klose is hopeful he’ll retain his focus much easier on February 20 against Luis Pena.

Klose, who was riding a three-fight winning streak in the ultra-tough lightweight division heading into the Dariush fight, admitted he injured his shoulder a few weeks before the bout but believed he could get the job done anyway. To be fair, he was close, rocking Dariush a handful of times in that firefight.

"I had nothing but time to just think about fighting."@DrakkarKlose talks about nearly being away from the Octagon for a year and what he wants to accomplish at #UFCVegas19 🔊⬆️ pic.twitter.com/WjJCAL3AnX

The loss, coupled with rehab for the aforementioned shoulder, kept him out of action for the longest stretch of his professional career, time he spent pondering the kind of fighter he wanted people to see once he stepped into the Octagon again.

“It gave me a lot of time to just sit back and think and watch these fights and grow mentally,” he said. “I think I’m going to come back a stronger fighter. After that Beneil fight, I just had nothing but time. All I could do was think about the fight, so I can’t wait to go out there.”

Originally booked to fight Jai Herbert, Klose isn’t too shaken up by the late opponent change after Herbert pulled out of the fight.

“It’s pretty much the same opponent,” he said. “A tall, lanky guy. Only difference is he’s a southpaw.” 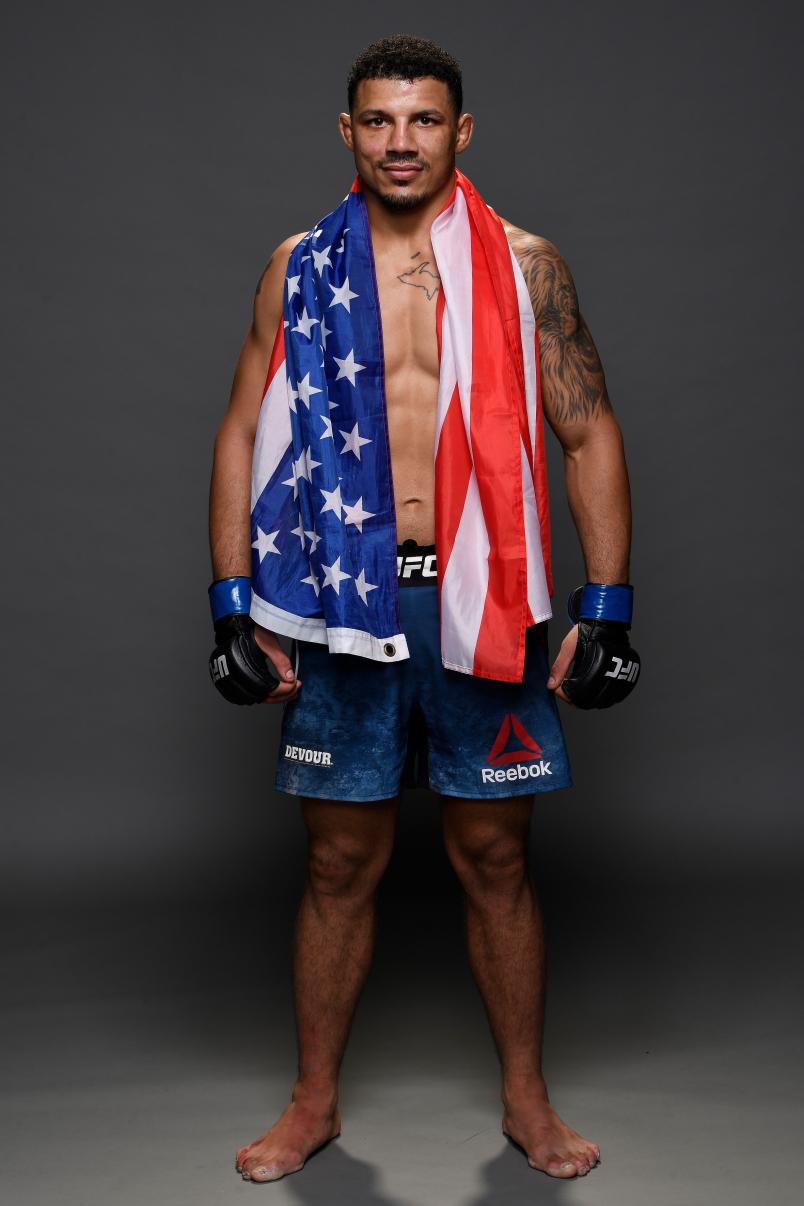 Drakkar Klose poses for a portrait backstage during the UFC 241 event at the Honda Center on August 17, 2019 in Anaheim, California. (Photo by Mike Roach/Zuffa LLC)

Focus unmoved, it’s safe to assume Klose will enter the Octagon with his usual swagger. Holding a 5-2 record in the promotion is nothing at which to scoff, especially considering he’s doing it at 155 pounds, one of the most loaded divisions in the promotion.

The 32-year-old is hoping a solid performance against Pena sets up perhaps three more fights in 2021, and so it’s clear he is looking to make up for some lost time. He believes his “mental game” has improved drastically since his last time out, and he is eager to have his chance to prove just that on fight night. As far as goals within the fight, it’s a pretty straightforward mentality for Klose.

“Just go in there and get the win and get back in the win column for me,” he said. “Start building up wins and start making money.”