"At this level you just can’t dominate in one aspect of the fight and win
that way; you have to bring the fight and see who wants it more." - Evan Dunham 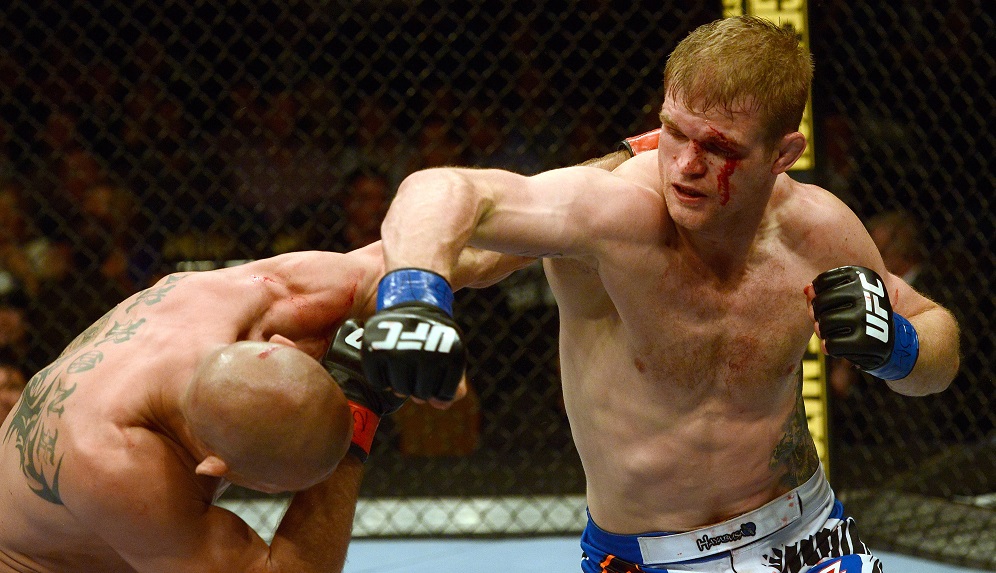 One of the most laid-back and affable fighters in the UFC, Evan Dunham laughs when you refer to his fighting alter ego as Mr. Hyde, knowing that when the going gets tough and the blood starts flowing, that’s his signal to kick it up a notch.

“I’ve never been a big game planner, so once I get cut, it changes gears,” he said.

It wasn’t always that way with the 32-year-old Oregon native, who came into the UFC in 2009 with a well-earned reputation as a technician. But by the time he made it to his third fight in the Octagon against Efrain Escudero in 2010, the hidden brawler emerged from that soft-spoken exterior.

“When I started I was fighting good guys,” he explains. “But now I’m fighting at a higher level within the organization, so sometimes both guys are really talented in all areas and it can come down to who the tougher individual is and who wants it more. That’s when you see Mr. Hyde come out and I think that’s how that reputation came about. At this level you just can’t dominate in one aspect of the fight and win that way; you have to bring the fight and see who wants it more.”

Since the Escudero fight, which earned him Submission of the Night honors, Dunham has nabbed three Fight of the Night bonuses and four more victories. He’s also had his share of losses too though, and heading into his UFC Fight Night co-main event against Edson Barboza this Wednesday in Atlantic City, he’s dropped back-to-back fights to Rafael Dos Anjos and Donald Cerrone. The submission loss to Cerrone last November has no argument attached to it, but when it comes to his May 2013 decision defeat against Dos Anjos, Dunham doesn’t let that one go as easily.

“A lot of people say that coming off a two-fight losing streak - I think it’s only one - but it’s a chance for me to get in there and reestablish myself amongst the higher-tiered fighters,” he said. “Barboza is no slouch by any means, but stylistically I think we match up really well and there are definitely areas where I have a big advantage and there are definitely areas where he might have the advantage over me. It’s just a matter of going in there, playing smart and taking advantage of what I can do best.” 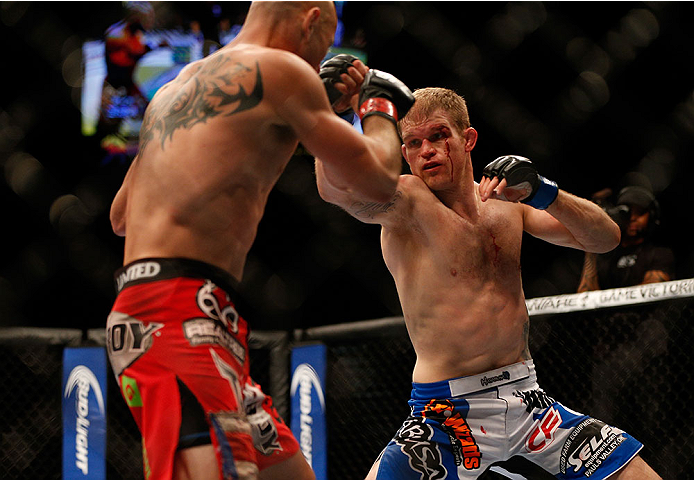 One would assume that if Dunham goes back to his technician roots, that would be his best chance for victory against the hard-hitting Brazilian. But Dunham – who now makes his home in Las Vegas – disagrees, believing that a modified Mr. Hyde may be what leads him to his first win since he decisioned Gleison Tibau in February of 2013.

“Actually, I think a firefight is beneficial to me as long as I keep pressure on him,” said Dunham. “He (Barboza) has shown in the past that he’s not exactly the best when people pressure him and get right in his face and turn it into a fight. He shines when people stay at the end of his punches and stay outside and let him get his rhythm. There are a few tweaks and a few things I need to do different, but in general, I think the way that I fight will work well for me.”

So he’s going to brawl with a guy who has a host of highlight reel knockouts on his resume?

Well, there are no complaints about Mr. Dunham bringing out Mr. Hyde this week, but even Evan knows that to keep putting on those memorable battles in the Octagon, he has to leave with his hand raised.

“I have to remind myself that I like to win even more than I like to fight,” said Dunham, who, to this day, never seems happier than when in the midst of situations most of us would run from.

“The fight game itself has so many ups and downs, and sometimes when you’re on those downs, it’s hard to remember those times of joy, when you’re fighting and there’s no purer feeling than getting out there and scrapping,” he said. “I think sometimes I do get caught up in some slugfests because I’m having so much fun with it. But you have to remind yourself that that’s why you do it.”