"I think (Wanderlei) is in big trouble. You can not run away from a test. He would have been better off taking the test and testing positive than running from the test." - Dana White 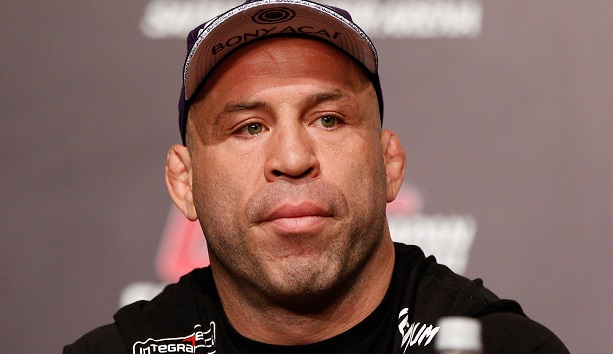 Wanderlei Silva released a video on Wednesday to discuss his appearance before the Nevada State Athletic Commission on Tuesday afternoon. He thinks that he "solved" his problem as it pertains to his evasion of a random drug test back in late May just by explaining that he used diuretics and not steroids.

"I am relieved to have solved this problem," Silva said in the video. "We explained to them the circumstances and that I was not using any PEDs."

"I'm not the athletic commission, but I think he's very wrong," White said Thursday afternoon in an exclusive interview with UFC.com. "I think he's in big trouble. You can not run away from a test. You can't do it, and it sets a very bad precedent. He would have been better off taking the test and testing positive than running from the test. But I'm not a commission member. Maybe I'm wrong and he's right. We'll see what happens."

Silva explained in the video why he decided not to take the test.

"When they sent that guy to my gym I was still taking diuretics, and when you fail a test people don't want to know if it was diuretics or steroids," he said. "I don't use PEDs or steroids, I have never used it and I've never had any problems in that area. I have never failed a test before. I have nothing to hide and I am glad we solved this."

> Read About Chael Sonnen's Undeniable Legacy In UFC and MMA

Silva was set to face the UFC's premier trash talker Chael Sonnen at UFC 175 in a long-awaited grudge match, but the Silva incident, followed by Sonnen's failed drug test, killed the bout. Since then, Sonnen has retired and Silva now waits in limbo as the NSAC decides the next step and a possible punishment for Silva. 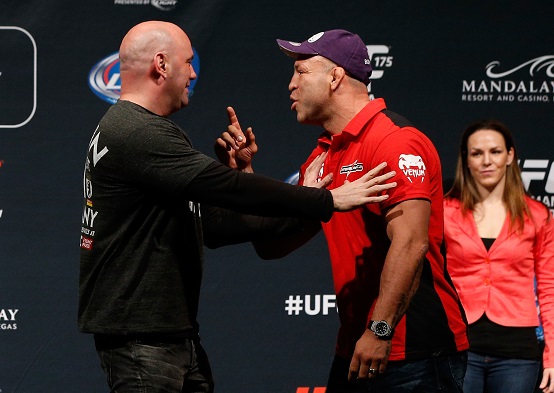 White said Silva is a legend in the sport and he has worked well with him in the past, but that Silva has a few mountains to climb before his UFC future is determined.

"He (Silva) and I have always dealt well with each other. Running from the test is as bad as it gets, though," White said. "Basically the Nevada State Athletic Commission is the judge and the jury, and they're going to handle it. Whatever happens, he will have his sentence and do whatever the commission says. Once he's through that, he and I will be cool."

On Demetrious Johnson and John Dodson...

Going into UFC 174, members of the media and fans were discussing Johnson's place on the pound-for-pound best list. Some even had "Mighty Mouse" tabbed in the top spot.

Well, the UFC flyweight champion only furthered his case against Ali Bagautinov, dominating the Russian and showing off his skills in all areas.

White said he continues to be impressed with Johnson.

"He looked amazing and he looks better every time he fights," White said. "He's a guy that's building a division. He's building that division for us. I love the Johnson-Dodson fight." 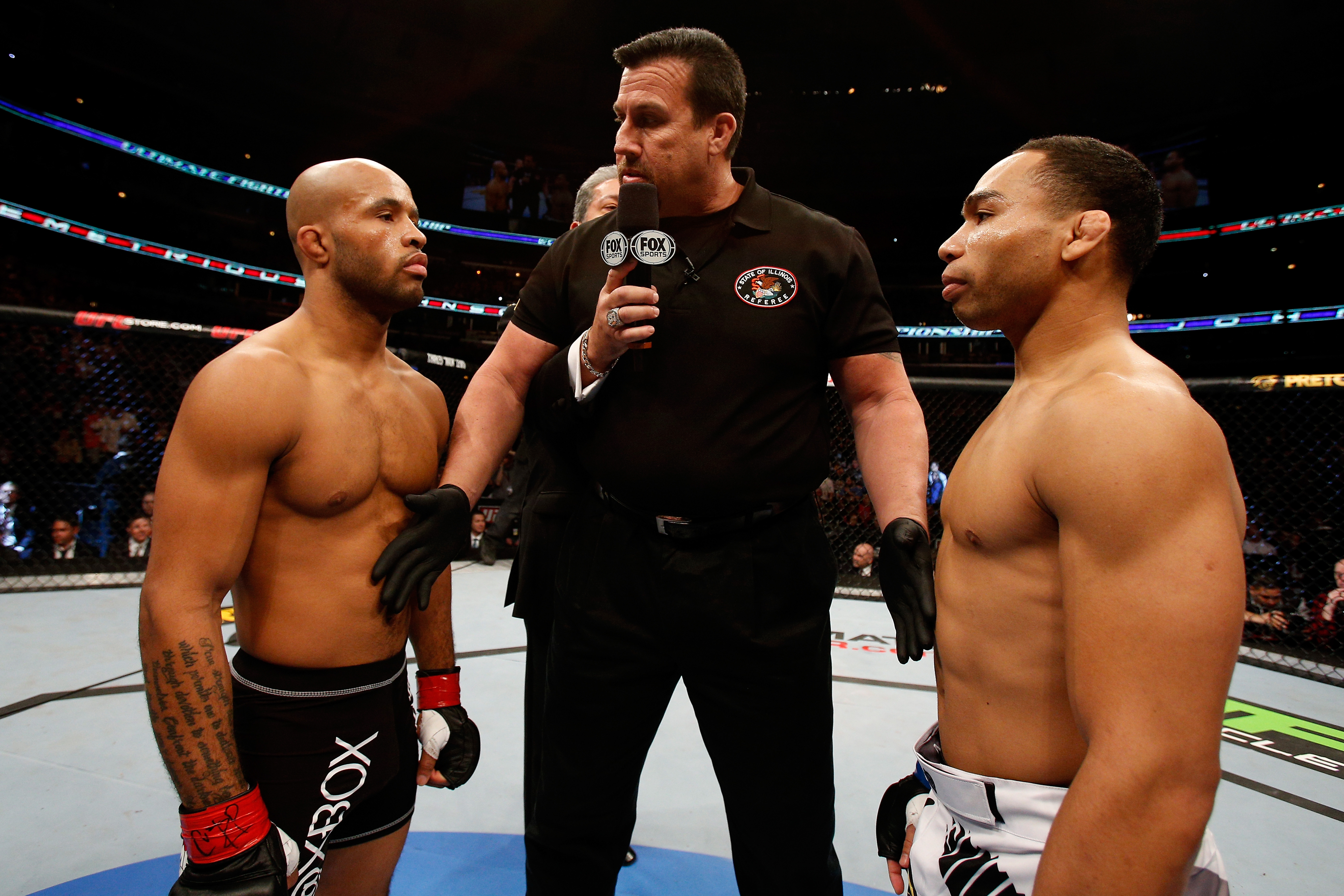 While White is excited for Johnson-Dodson 2, the champ doesn't seem to be as interested, saying at the UFC 174 post fight press conference that he's looking for new challenges.

Dodson came out this week and claimed Johnson is ducking him and thinks he'll be able to beat the champ in a potential rematch.

White said Johnson better get ready because Dodson is likely the next opponent for the champ.

"Too bad if Demetrious doesn't like that fight, that's the fight he's probably looking at. No doubt about it, that is (potentially) one of the premier match-ups in the UFC this year," White said.

On Jon Jones vs. Alexander Gustafsson...

No word yet on the location of Jones vs. Gustafsson 2, but White did take a moment to talk about the rivalry and the position Jones is in with a pair of big rivals to help further his legacy.

"I think that the fact that he has such an amazing challenge like Gustafsson - and then if he wins that fight he's got Daniel Cormier - you couldn't ask for something better as a champion and someone who's trying to go down as the greatest ever. It's perfect for him."

Former UFC welterweight Paul Daley made news this week, taking some shots from a distance at those currently competing in the division under the Zuffa banner.

White said it's obviously an unhappy fighter who wants to find some way back into the UFC.

"He obviously wants to be back. I just have a hard time with it," White said. "Since we've been here, and as far as I know in UFC history, no fighter has ever punched another fighter in the face when a fight was over. I just can't forgive that."

Daley was released from the UFC in 2010 after punching Josh Koscheck after the fight had ended. 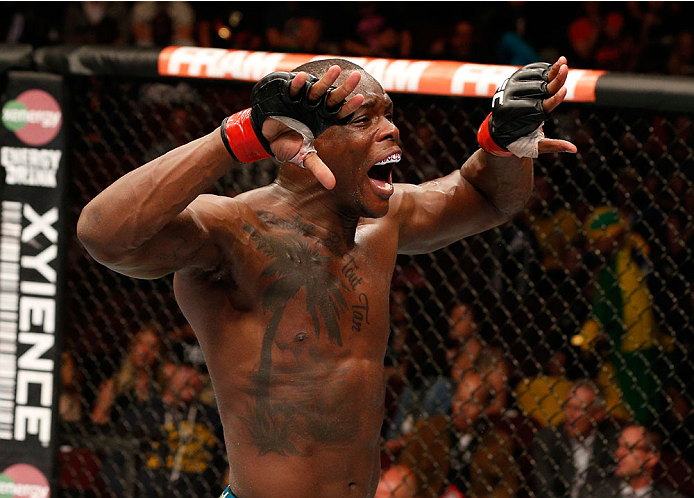 White obviously wants a strong card in the first-ever UFC event in his home state of Maine, and he said the main event signed on Tuesday should be a good one. Saint Preux is coming off a win over Ryan Jimmo, and Bader knocked off Rafael Cavalcante - both at UFC 174.

"That is a great fight and I love that fight," he said. "Ovince Saint Preux is another guy that looks better every time he fights. Unfortunately we didn't get to see a real finish in his last fight. But these are two guys who are battling to get their spot in light heavyweight division - to try and break into the top five. I think Ryan Bader is a great test for him."