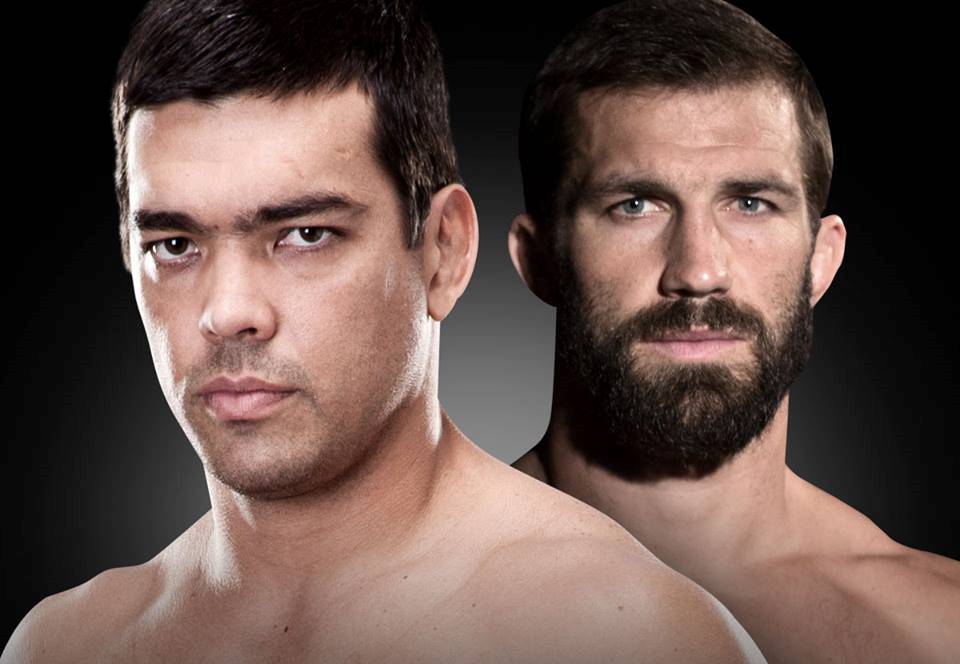 Don’t let income taxes drag you down boys and girls, it’s time for another edition of the Downes Side! Always fiscally responsible, there’s never a need to ask for a refund.

This weekend the UFC rolls into New Jersey for Fight Night on FOX. Live from the Prudential Center, the main event of the evening pits two middleweight contenders as Lyoto Machida and Luke Rockhold battle it out for 185-pound supremacy. In the co-main event of the night, Ronaldo “Jacare” Souza attempts to hold on to his lead over both Machida and Rockhold in the rankings. Grab your calculator, it’s fight time!

We open the main card in the women’s strawweight division with Felice Herrig and Paige Van Zant. A contestant on the last season of The Ultimate Fighter, Herrig is a veteran of the WMMA scene. Now it appears that she’s even started to dabble in death matches for the fate of the Earthrealm. At 21 years old, many people think “12 Gauge”Paige VanZant could be a future star. No word yet if she plans on saving humanity from the grips of Goro. She lands significant strikes at a blistering 4.73 strikes per minute, and steps into the Octagon for the second time since her third round TKO win over Kallin Curran in November.

VanZant doesn’t have time to put spaces in her last name, and she brings that same tenacity to the cage. She’s all offense and aggression, but a lot of her movement and attacks have no direction. Herrig almost has the opposite problem. She tries to be too perfect with attacks and oftentimes doesn’t set a strong pace. VanZant takes the early rounds, but she’ll overextend herself. She’ll try too hard to get the finish and leave an opening. Herrig pulls the upset and wins via second round armbar.

We move to featherweight for Cub Swanson and Max Holloway. Once on the cusp of a title shot, Swanson had his six-fight win streak snapped by Frankie Edgar his last time out. Looking to avoid a similar fate is Max “Blessed” Holloway. Currently riding a five-fight win streak, he went the distance with Cole Miller in his previous Octagon appearance. Known for his kickboxing, he’s found a way to blend in takedowns to keep opponents guessing.

Both fighters try to add grappling elements to their attack, but neither is a particularly efficient wrestler. They defend takedowns far better than they convert them, so expect this fight to take place on the feet. Bearing that in mind, each fighter possesses disparate offensive striking philosophies. Holloway has a high motor and throws a lot at his opponents. Swanson may not be as active, but he’s much more accurate. He’s much more judicious with his offense, and that’s what will lead him to victory. Often, Holloway attacks just for the sake of attacking. This puts him in vulnerable positions and expect Swanson to capitalize as he counter strikes his way to a unanimous decision victory.

We jump up to middleweight for Ronaldo Souza and Chris Camozzi. The man known as “Jacare” has been a tear as of late. Winner of seven in a row, he’s one of the best Jiu-Jitsu practitioners in all of MMA. His striking could still use some improvement, but his power hand has become a difference maker. After two fights outside the organization, Chris Camozzi returns to the UFC as he steps in on short notice for Yoel Romero. Primarily a distance striker, 12 of his career wins have come via stoppage.

The past does not necessarily indicate future results. That’s why my decision to buy Enron stock didn’t really work out in the long run. Just because Jacare controlled Camozzi in their last fight in 2013, it doesn’t mean the same thing will happen. Instead, he’ll win this fight because he’s better in all aspects. Camozzi simply doesn’t have the power punching to keep Jacare from closing in on him. History repeats itself as Jacare cinches up another first round submission win.

Time for the main event! Former light heavyweight champion and middleweight number one contender Lyoto Machida still has what it takes to hold the title. His combination of karate and takedown defense led him to a TKO win over CB Dollaway in December. Since suffering that brutal knockout at the hands of Vitor Belfort, Luke Rockhold has won three in a row over Costas Philippou, Tim Boetsch and Michael Bisping.

If you’re a fan of striking and tactics, there’s no better fight to watch all year. Prudence just doesn’t have to answer to dealing with your boyfriend’s stuffed animal collection, it’s how you defeat Lyoto Machida. You have to attack enough to push him back, but not overcommit. Rockhold has the ability to accomplish this task, but he’ll fall short for one reason - footwork. Rockhold excels when he controls the fight, but doesn’t strike or defend well moving backward. Machida attacks in short bursts, and he’ll probably fail to connect. As the fight progresses, however, Rockhold’s defense will begin to show cracks. Machida wins via third round TKO.

That wraps up another pecuniary edition of the Downes Side. Follow me on Twitter @dannyboydownes. Also, don’t forget to leave your own predictions, venerations, complications and tax computations on the page here. Does anyone know if I can write off booze as a work expense?