The Downes Side – UFC 202 Predictions 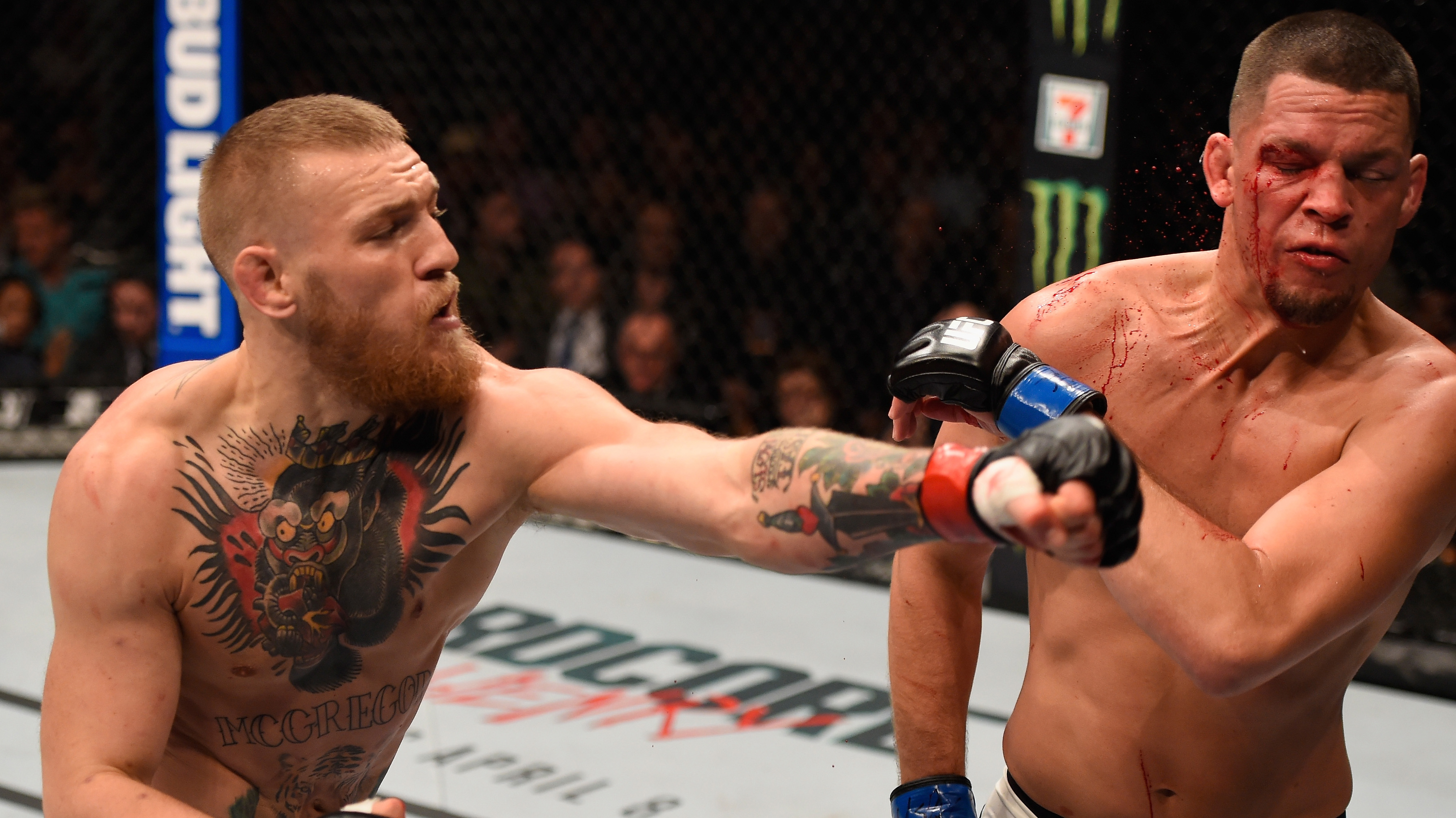 That’s right boys and girls, it’s time for another edition of The Downes Side! UFC 202 is on the schedule for this Saturday, and just when you thought Conor McGregor and Nate Diaz were acting too low key for their rematch, they’ve amped things up and it should get even more interesting from here until Saturday. In the meantime, we’ll analyze that fight and a few others.

We start in the welterweight division with Neil Magny and Lorenz Larkin. Since 2014, Neil Magny has won 10 of his 11 fights inside the Octagon. A long, rangy striker that controls the distance well, he’ll also mix in an occasional takedown to keep his opponent on edge. Since dropping down to welterweight, Larkin has won three of his last four fights. He’s coming off a split decision win over Jorge Masvidal in May.

Magny may not have a ton of power in his strikes, but he makes up for it in volume and discipline. Besides using his 80-inch reach to beat people up with jabs and straight punches, he’s also very effective from the clinch. His frame gives him advantages at distance and in tight, but it’s in the middle range where he’s vulnerable. Sometimes he’ll hang out in the exchanges too long and eat a big counter shot for his troubles. Much like your office Christmas party, sometimes it’s okay to leave early. I don’t see Larkin struggling with the reach disadvantage. His kick-heavy offense should allow him to attack at the same range Magny wants to throw punches in. He’ll open up his combinations with a kick, and while Magny is busy defending that, he’ll slide in and open up with his hands. It’ll be a close back and forth fight, but Larkin pulls the upset by unanimous decision.

Next we move to bantamweight for Cody Garbrandt and Takeya Mizugaki. Team Alpha Male’s newest star, Garbrandt has been angling for a shot at Dominick Cruz and the 135-lb title. With a 4-0 record inside the Octagon and eight career KOs (six of them in the first round), he’s making a pretty solid case. A veteran of 12 UFC fights, Mizugaki could derail Garbrandt’s fast track to the belt. After losses to Dominick Cruz and Aljamain Sterling, he bounced back with a win over George Roop in September.

Brute physical force is the best way to describe Garbrandt’s style. He has an extensive amateur boxing background, but he’s not the kind of fighter to carefully paw jabs or look to score points. He comes in hard and fast. The aggression can overwhelm opponents but it’s also part of the reason for his 38.06% significant strike accuracy. Mizugaki is slightly worse (37.25%), but he’ll mix up his attacks more. He can grind people in the clinch, shoot a takedown and use top control to slow down a fight. At his core, though, he likes to engage in the pocket. Standing toe to toe with Cody Garbrandt is like casting Jared Leto as the Joker. You might talk yourself into thinking that it won’t be that bad, but it ultimately ends in disaster. Garbrandt has a lot to work on before he’s ready for Dominick Cruz. However, the train keeps on moving as he wins by second round TKO.

That brings us to the co-main event of the night between Anthony Johnson and Glover Teixeira. After losing to Daniel Cormier at UFC 187, “Rumble” Johnson has started his climb back to title contention with back-to-back knockouts over Jimi Manuwa and Ryan Bader. Johnson likes to keep it standing and his nearly 80% takedown defense rate helps him a great deal in that regard. A former number one contender, Teixeira has rattled off three straight wins of his own. Most recently, he knocked out Rashad Evans in the first round.
RELATED CONTENT: UFC 202 Presser Highlights | Making Anthony Johnson - Humble Rumble | Teixeira got his wish | By the Numbers

Both fighters have similar tactics. They want to pressure forward and use their power to finish the fight. They go about it in different ways, though. Johnson will charge straight forward and let it rip. Teixeira has a bit more patient approach. He’ll bide his time, try to get his opponent against the cage and then let his fists fly. Even if Teixeira manages to push Johnson back against the fence, I don’t see how he’ll maintain any offense. He won’t be able to control the clinch, and Johnson should be able to defend any bodylocks or takedowns. Glover Teixeira has been finished only once in his career. It was his first professional fight, and it was back in 2002. At least he’ll be able to hold on to that piece of trivia. Johnson’s speed gives him the decision win.

Time for the main event! Nate Diaz and Conor McGregor fought on March 5. While it doesn’t seem like that long ago, a lot has happened. We’ve had contract disputes, fake retirements and a whole host of other weirdness. I don’t think we’ll get any closure after this fight, but we’ll have a fun fight nonetheless.

There were a lot of reasons for Diaz’s win over McGregor the first time. McGregor’s power didn’t transfer to welterweight in the way he had hoped. Diaz controlled the range with his jab. The extra weight slowed McGregor down and he ultimately gassed. Most of all, though, hubris is what brought the Irishman down. He started to believe in his own invincibility and didn’t change his tactics. He was landing his left hand at will in their first fight. When Diaz didn’t fall down like a featherweight, McGregor panicked and put himself in a bad position. To win this fight, McGregor needs to remain disciplined. If he chases the knockout again, he’ll get choked again. A high work rate and movement are how his wins. It may not be the most entertaining game plan, but McGregor wants to win this fight more than he wants to avoid Diaz calling him names in the press conference. McGregor gets a bit of his soul back via unanimous decision.

That wraps up another precise edition of the Downes Side. Follow me on Twitter @dannyboydownes. Also don’t forget to put your own predictions, thoughts, compliments or what you’d like to see McGregor and Diaz do next. I hope it’s a network television holiday special.