The Downes Side: UFC 183 Predictions 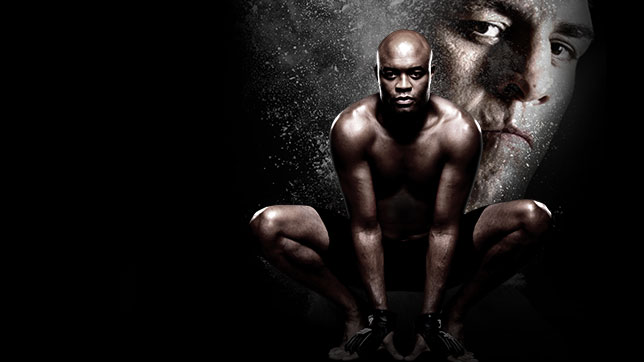 Don’t be scared boys and girls, it’s time for another edition of the Downes Side! Whether you’re from Stockton, Stockholm or lost a lot of money in the stock exchange, the only thing you have to fear is fear itself (and zombie cats).

Luckily, the one thing you won’t have to worry about is if there will be a great night of fights this weekend. UFC 183 comes live to you from the MGM Garden Arena in Las Vegas, Nevada. In the main event of the night, Anderson Silva returns from his catastrophic leg injury to take on Nick Diaz. In the co-main event of the evening, Tyron “The Chosen One” Woodley and Kelvin Gastelum battle for a spot among the welterweight elite. Don’t forget to check under your bed, it’s fight time!

We open the main card in the welterweight division with Jordan Mein and Thiago Alves. A Strikeforce transplant, Jordan “Young Gun” Mein has lived up to his potential with two straight wins over Hernani Perpetuo and Mike Pyle. A skilled kickboxer, 16 of his career wins have come via KO. Another powerful striker, Thiago “Pitbull” Alves returned from a long layoff to edge out Seth Baczynski last April.

The most evenly matched fight on the card, this is the true definition of a toss-up. Well...besides actually tossing up a coin, but you get the point. Mein strings his combinations together better, but Alves has the pure power advantage. Mein foolishly decided to stand toe-to-toe with Matt Brown a couple years ago. The same hubris here could wind up with the same result - a TKO loss. Much like the time Harry tried licking frost off the ski lift, I’d like to think that Mein has learned his lesson. He won’t get into a firefight, he’ll keep his distance and work his way to a unanimous decision win.

We move up to middleweight for Thales Leites and Tim Boetsch. Undefeated since his return to the UFC, the #11 ranked Leites gave Francis Carmont the first TKO loss of his career in over a decade his last time out. After one of the most successful barbarian winning streaks since Attila the Hun, Tim Boetsch has lost three of his last five fights.

Once limited to simple grappler status, Thales Leites continues to show off his improved striking. He showcased his excellent sense of distance and finishing power against Carmont his last time out. Especially after watching that last performance, I fail to see how Boetsch pulls this off. If the Barbarian can work his way on the inside, he may have a chance, but that’s as likely as another rise of the Visigoths. Leites dodges Boetsch’s aggressiveness and counter punches his way to a second round TKO.

We drop to lightweight for Joe Lauzon and Al Iaquinta. Rarely in a boring fight, Joe Lauzon worked his way through one of the rougher patches of his career to earn two straight wins over Mac Danzig and Michael Chiesa. Always willing to scrap, 18 of his career wins have come via submission. A veteran of season 15 of The Ultimate Fighter, “Raging” Al Iaquinta has used his boxing skills en route to five career KOs.

Lauzon is his biggest enemy in this fight. Sometimes his desire to put on an entertaining fight and have fun trumps his desire to win. Iaquinta primarily relies on his hands, but he can do damage if he connects with his power punches. As long as Lauzon shows a bit of restraint, he’ll bring the fight to the ground and show his dominance. All three of Iaquinta’s losses have come by submission and the fourth comes here. Lauzon by submission round one.

We return to welterweight with Tyron Woodley and Kelvin Gastelum. After having his shot at the title disappear with a loss to Rory MacDonald, Woodley returned strong with a first round TKO win over Dong Hyun Kim. A Division I wrestler at the University of Missouri, Woodley also has the highest knockdown rate in the division. Winner of season 17 of TUF, the 23-year-old Gastelum tries to keep the momentum going after a first-round submission win over Jake Ellenberger at UFC 180.

Both of these fighters have strong grappling bases, but they aren’t afraid to throw strikes. Woodley especially likes to attack from the clinch. Given that he defends takedowns at a 93.67% rate, he shouldn’t worry about giving up position. Gastelum may have the greater work rate, but Woodley’s strikes have a greater effect. Gastelum has a long future in the 170-pound division, but this is too much for the young man. “The Chosen One” picks off the young upstart with a first round TKO.

Time for the main event! When talking about Anderson Silva, you have to use more superlatives than an episode of School House Rock. He has the most knockouts, highest striking accuracy, the most total finishes and is considered by many to be the greatest mixed martial artist of all time. He steps back into the Octagon for the first time since his horrific leg injury against Chris Weidman at UFC 168. When talking about Nick Diaz, what can you say? You may disagree with the way he carries himself and all that silly “professionalism” stuff, but the man knows how to fight.

People get so caught up in Nick Diaz’s actions outside the cage that they forget about the things he’s capable of inside it. OH NO! HE MISSED OPEN WORKOUTS! WHAT DOES THAT MEAN? You know what it means? Absolutely nothing. He’s still going to go out there and fight like he has for over 13 years and 37 professional bouts. Now, once he steps into that cage, he has a tall order ahead of him. He rarely shows concern for absorbing low kicks, and Anderson Silva won’t show any hesitation to kick him regardless of what happened the last time around. Silva attacks the lower body and strikes his way to a decision win.

That wraps up another soothing edition of the Downes Side. Follow me on Twitter @dannyboydownes. Also, don’t forget to leave your own thoughts, predictions, fears, doubts and suspicions on the page here. I’m with Nick Diaz, I don’t think Bill Belichick is telling us the truth.