The Downes Side: UFC 168 Predictions 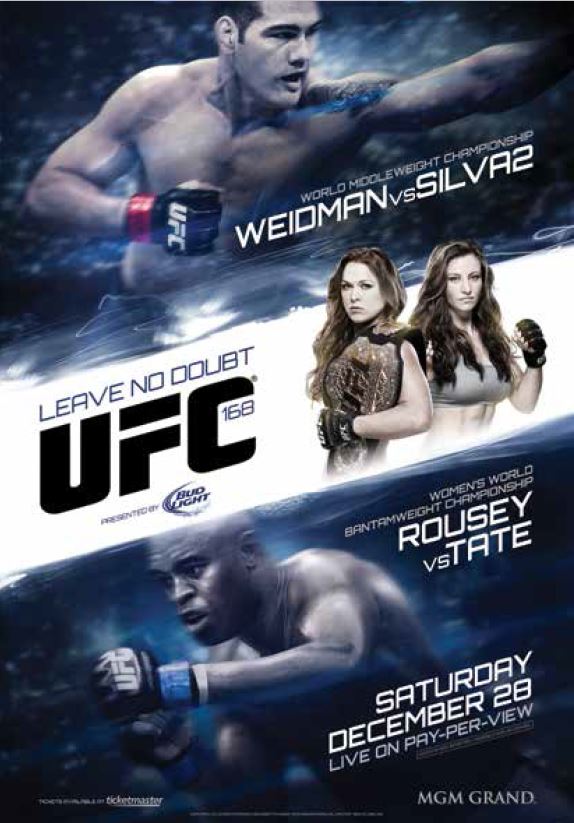 Let old acquaintance be forgot and never brought to mind, it’s time for the final Downes Side of 2013!

The cups o’ kindness will be in short supply this weekend as UFC 168 finishes the year strong live from the MGM Garden Arena in Las Vegas, Nevada. The main event features one of the most highly anticipated rematches ever as Chris Weidman defends his middleweight title for the first time against Anderson “The Spider” Silva. Whether you think the first win was a fluke or not, they’ll settle it once and for all. The-co main rematch of the night personifies the term “Grudge Match” as women’s bantamweight champion Ronda Rousey defends her title against Miesha Tate. 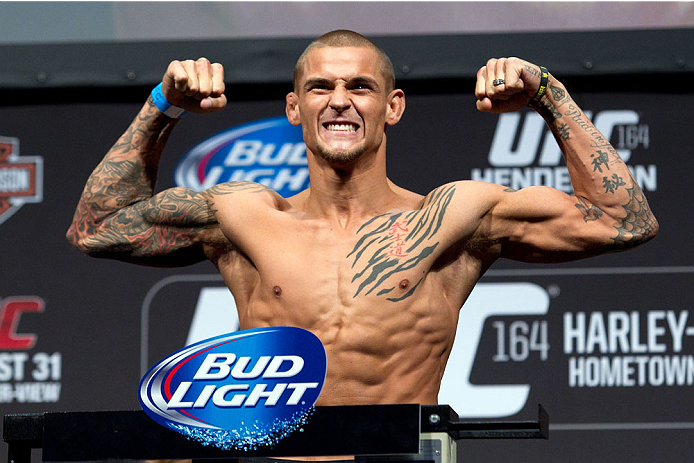 The main card begins in the featherweight division with two fighters poised to make the jump into the division’s top five. An accurate striker who also holds the most submission wins in featherweight history, Dustin “The Diamond” Poirier’s opponents are rarely saved by the bell. After losing to Cub Swanson in February, he rebounded well with an impressive victory over former number-one contender Erik Koch. Winner of The Ultimate Fighter season 14, Diego Brandao (22-8) takes a big step up in competition and looks to continue his three-fight winning streak. 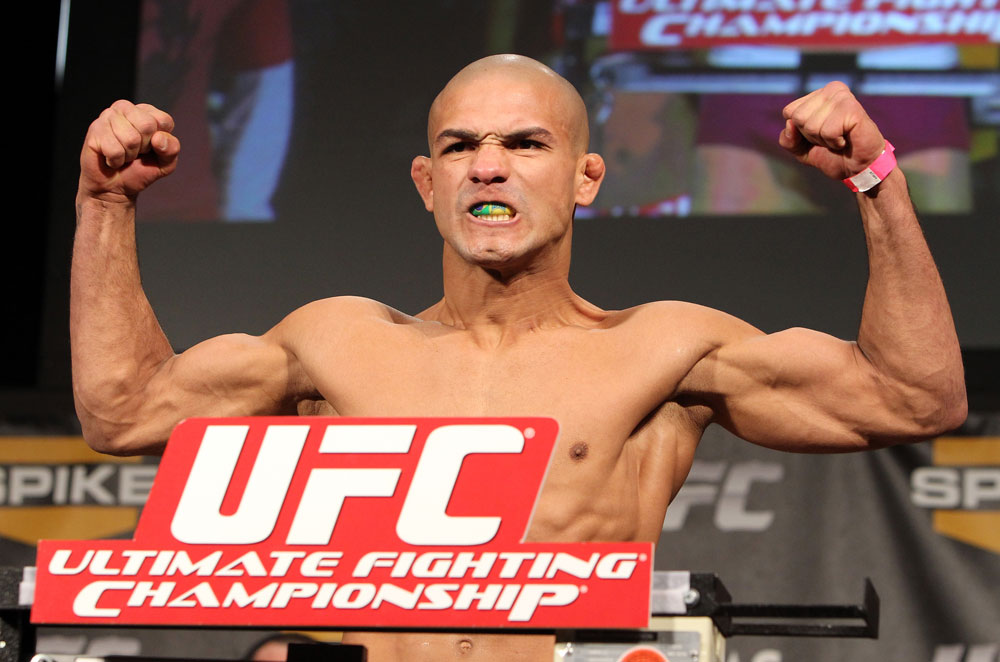 Brandao has made no secret about his game plan against Poirier (14-3). In my experience, though, you can trust fighters about as much as the guys at a mall kiosk (that facial cream only made me look two years younger tops). Regardless of the actual strategy, this fight presents an interesting clash of styles. Poirier likes to take a more calculated approach while Brandao attacks in an overly aggressive manner. Both have their strengths and weaknesses, but Brandao’s method will come out on top this time around. Poirier’s losses against Cub Swanson and Chan Sung Jung showed that while game, he struggles when pressured. He’s at his best when given time to measure his attacks, and Brandao will not give him that cushion. Poirier will weather the storm, but as long as Brandao doesn’t gas himself out, expect him to pick up the unanimous decision win. 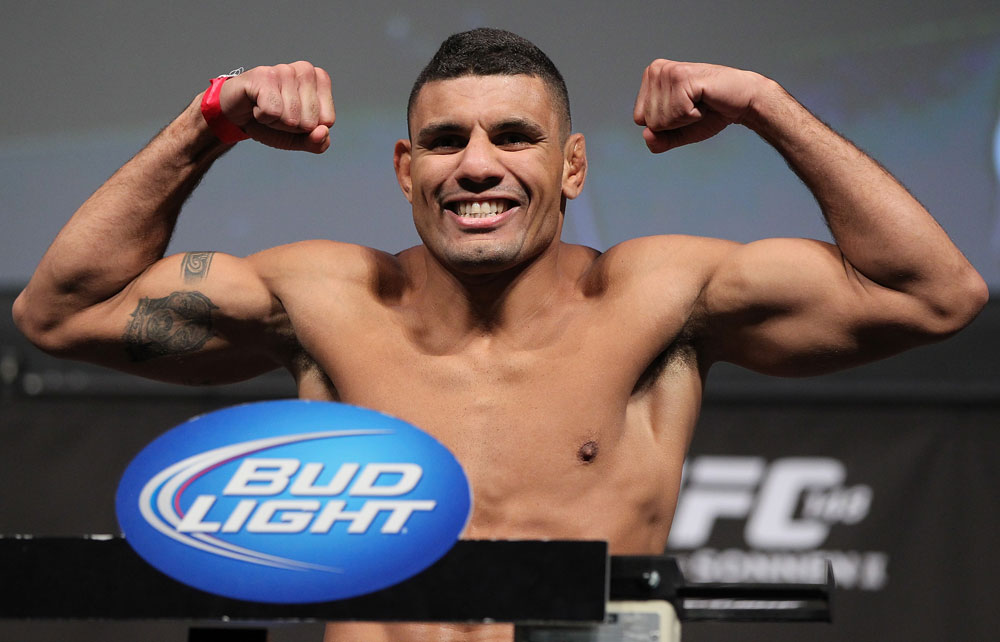 We move up to lightweight for Jim Miller and Fabrico Camoes. Once on the brink of becoming one of the top contenders in the 155-lb division, Jim Miller (22-4 1NC) tries to get one step closer to regaining that status. Known primarily for his wrestling and submissions (he has 12 career wins via tapout), his boxing has been slowly improving. A third degree Brazilian jiu-jitsu black belt, Fabricio Camoes (14-7-1) tries to find some traction in his second stint in the UFC. Not only did he lose his Julyr 2012 fight to Melvin Guillard, but he also tore his ACL in the process. 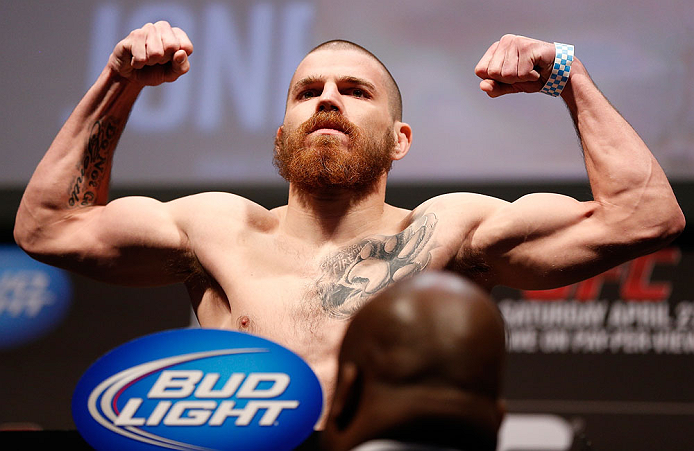 Injuries and cage rust aside, Camoes has under-delivered in his appearances in the UFC. With over a year and a half to train and rehab, it’s certainly possible that he’s become more dangerous, but with 21 career fights, chance are we’ve seen his full potential. In a pure grappling sense, Camoes has an advantage, but he doesn’t have the added dimensions to make it work. Miller has been put in bad positions by high level grapplers like Joe Lauzon and Nate Diaz, but they had the standup skills to hurt him before getting to that point. Miller controls this one on the feet and drops Camoes in the second. From there, he’ll take his back and lock up the rear-naked choke. 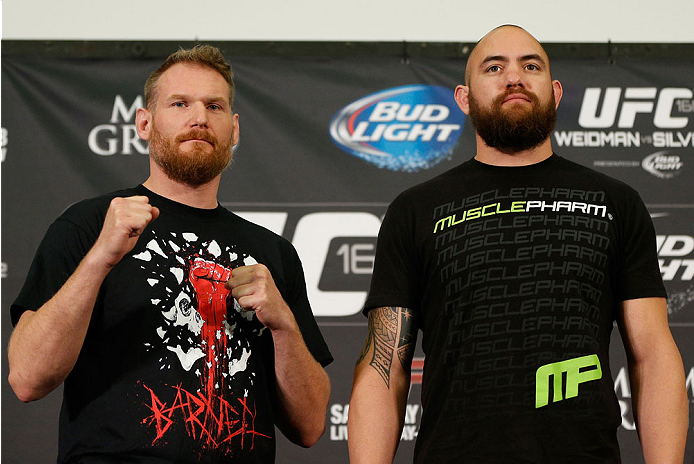 We jump up to heavyweight for Josh Barnett (33-6) and Travis Browne (15-1-1). After an Octagon return over a decade in the making, Josh Barnett proved that he still has some gas left in his 36-year-old tank by earning a first-round TKO over Frank Mir at UFC 164. Travis “Hapa” Browne was starting to make some big gains in the division until his track to title shot was derailed by his own hurt hamstring and “Bigfoot” Silva’s fist. Since then, he has won two straight with devastating first-round knockouts against Gabriel Gonzaga and Alistair Overeem (watch it here).

You don’t tug on Superman’s cape and you don’t instigate metalheads, but some rules were meant to be broken. Obviously Barnett has a multitude of ways to win -- his "catch wrestling" isn’t just the title of his Joseph Heller fan fiction. Pairing that with his clinch attacks, he’s brutalized some of the best in MMA history. The win against Mir was impressive, but Browne won’t make the tactical error of pinning himself against the fence. Browne will avoid the tieups and use his speed to attack from the outside. This will frustrate Barnett and leave him open to Browne’s power counter punching. Browne via unanimous decision. 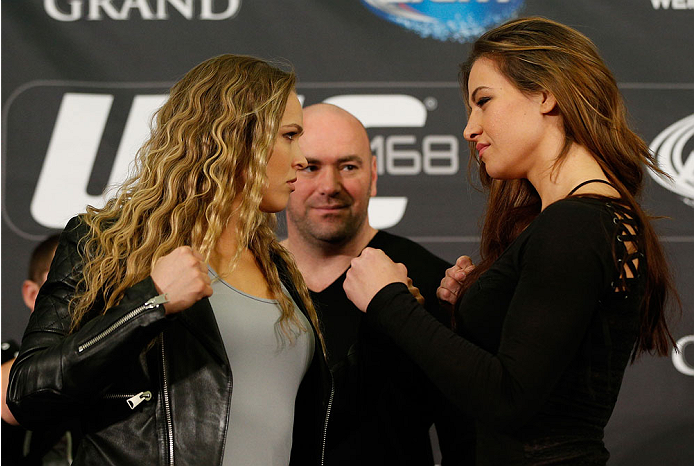 That brings us to the co-main event of the night. Anyone who's been paying attention knows that these two will not be sharing any champagne toasts next week. After a knee injury to Cat Zingano, Tate (13-4) stepped in to coach opposite Rousey (7-0) on this past season of The Ultimate Fighter. A few pranks and a lot of middle fingers later, we learned that sometimes time does not heal all wounds. The level of animosity between the two is the strongest it’s ever been and shows no signs of slowing down.

Despite her body of work, Ronda Rousey is still unproven in many ways. She’s thrown very few strikes and has spent relatively little time inside the cage during her MMA career. This is often mentioned as her greatest weakness, but it’s also her strength. We all know about the armbar, but we still haven’t seen how much Ronda Rousey can do. By no means is Rousey flawless, though. She’s put herself in bad positions (the fight with Carmouche being most notable), but it’s not likely that Miesha Tate can take advantage of that. In her last three fights (against Zingano, Julie Kedzie and Rousey), Tate has been pushed around. The key to beating Rousey lies in making her pay for her blind aggression. Tate may have learned something from their first fight, but it will only be enough to survive the first round. Rousey charges forward, clinches and locks up the armbar in the second. 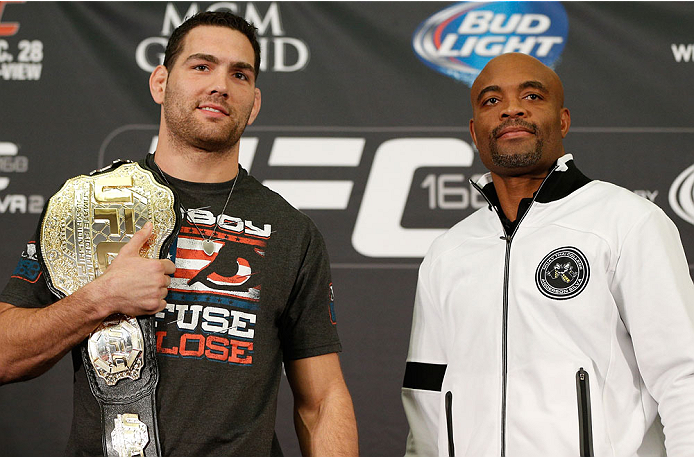 Time for the main event! The first fight between Chris Weidman (10-0) and Anderson Silva (33-5) at UFC 162 will go down as one of the most interesting moments in MMA history. It’s caused us to ask philosophical questions like, did Anderson Silva sabotage his legacy? Does Chris Weidman deserve more credit? “Could Jesus microwave a burrito so hot that even He Himself could not eat it?” Much like the Tootsie Roll Pop paradox, the world may never know. Luckily for fight fans, we only had to wait five months to put the issue to rest once and for all.

Much of the focus on their first fight has been spent analyzing Silva’s showboating and taunting. It may have been a factor, but it fails to account for Weidman’s ability to come out and immediately secure the takedown. The only reason they returned to their feet for the KO to occur was because Weidman attempted a leg lock and allowed Siva to return to his feet. Chris Weidman will go out there, score takedowns and control Silva for all five rounds. He’ll get the finish that Chael Sonnen was only two minutes away from earning. Weidman puts all the speculation to rest with a unanimous decision win.

Well that wraps up another Robert Burns-approved edition of the Downes Side. Follow me on Twitter @dannyboydownes. Also, don’t forget to post your own thoughts, confessions, diatribes and New Years Eve party favors on the page here. Let’s retire the whole NYE glasses thing, though. They just don’t work anymore.