The Downes Side: TUF 17 Finale Predictions 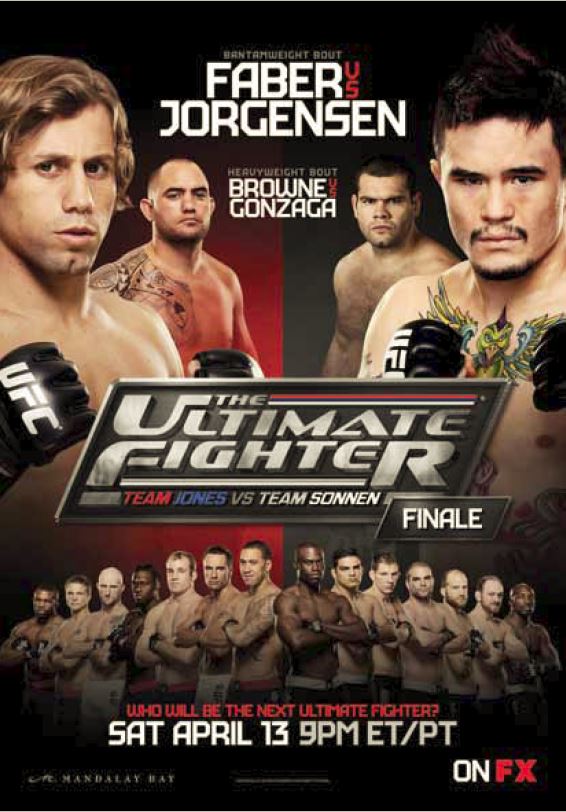 That’s right boys and girls, it’s time for another springtime (in the Northern Hemisphere) edition of the Downes Side! April showers bring May flowers, and the Downes Side promises to bring MMA knowledge.

Bubba McDaniel (20-6) vs Gilbert Smith (5-1)
The main card begins in the middleweight division between two TUF 17 castmates as Robert McDaniel (colloquially known as Bubba) battles Gilbert Smith. One of the most experienced fighters in the house, and a teammate of his coach Jon Jones, Bubba possesses a  well-rounded game, but primarily seeks a stand-up fight. Gilbert Smith possesses solid ground and pound, but the only thing he had a chance to show on TUF 17 is that he can get kneed in the face by a lanky British guy.

Bubba came into the season with  the most hype behind him, but ultimately underperformed. While his fights showed that he can be grounded and controlled, he has a wider variety of skills than Gilbert Smith. Gilbert, on the other hand, is a hit at Hooters parties. That may get you a lot of play at your fraternity pledge, but it doesn’t bode well inside the Octagon. Bubba will control this on the outside and beat Gilbert up. By the second round, Gil’s tank will be empty, he'll go for a desperation takedown and he'll find himself getting choked by a guy named Bubba. In a manner way less disturbing than the movie Deliverance, Bubba takes it the second round via guillotine choke.

Travis Browne (13-1-1) vs. Gabriel Gonzaga (14-6)
Next we visit the heavyweight division for Travis Browne and Gabriel Gonzaga. Browne looks to bounce back from the first loss of his career after Bigfoot Silva knocked him out in October. After being bounced from the UFC in 2010, Gonzaga’s second stint in the Octagon has been going well with submission wins over Ednaldo Oliveira and Ben Rothwell.

If this fight goes the distance, I’ll be more surprised than when I heard that Nick and Jessica weren’t going to make it. In 34 combined fights, only one has gone the distance (that’s 1/34 for the fractionally challenged). Gonzaga holds the grappling superiority, but he won’t be able to bring this fight to the mat. Browne has never been taken down in his UFC career and that streak will continue. These two are going to stand in the middle of the cage, throw leather and Gonzaga will be the first one to flinch. Browne takes this in the first round via TKO.

Miesha Tate (13-3) vs Cat Zingano (7-0)
Next we move to  two fighters with as much hair on their heads as Gabriel Gonzaga has on his back as Miesha Tate squares off against Cat Zingano. This second-ever female fight inside the UFC decides who will coach against Ronda Rousey for 18th season of The Ultimate Fighter. Despite her nickname, Tate is no cupcake, having submitted opponents in a variety of manners. Despite an undefeated record, Zingano faces the most difficult test of her career.

As a progressive male, I just want to state that this is the type of fight that would make Susan B. Anthony proud. Tate has shown a weakness in the striking game, but if she can survive Julie Kedizie’s beatdown, she can handle anything. Both fighters have steadily improved their striking games, but they’re primarily grapplers. Thus, the question becomes, “Who can control it on the ground?” The answer to that question is Miesha Tate. Male or female, she has one of the best takedown percentages in the game, and that will come to her aid. She’ll control the fight from top position and secure the UD victory.

Uriah Hall (7-2) vs Kelvin Gastelum (5-0)
We head to the co-main event of the night between middleweights Uriah Hall and Kelvin Gastelum. Hall dominated his way through the tournament with little resistance. Besides making enemies at every turn, he will be remembered for his hook kick KO of Adam Cella in the first fight of the season. Flying under the radar for most of the season, Gastelum relies primarily on wrestling, but also showcased submission literacy and some power in his hands.

The entire 17th season of TUF basically set up Uriah Hall to be a world beater. Dana liked him so much, he even praised him for taking his time in a fight (seriously). Chael Sonnen stated multiple times that Hall could beat middleweight champion Anderson Silva. Despite the hype, Dylan Andrews put Hall on the mat in their semifinal match and he doesn’t have anywhere near the wrestling skills that Gastelum does. Kelvin’s pressure will eliminate the effectiveness of Hall’s kicks and allow him to get the tie-up. Once on the inside he’ll bring Hall to the ground. They’ll return to their feet, but Kelvin will put him right back on the mat. By the time the third round comes, Uriah Hall will be so frustrated that he’ll expose his back. Kelvin locks in the RNC, wins a Harley-Davidson motorcycle he’ll never be allowed to drive and then uses his interview to ask Ronda Rousey to come over to dinner at his mom’s house.

Urijah Faber (27-6) vs Scott Jorgensen (14-6)
Time for the main event of the evening! After losing two in a row, Scotty “Young Guns” Jorgensen bounced back with a double-bonus winning first-round submission of John Albert in December. Foiled at his shot at the bantamweight title once again, Urijah “The California Kid” Faber took out Ivan Menjivar with a first round RNC of his own at UFC 157.

This is a more even matchup than the time I battled Kurt Vonnegut. Both fighters have incredible strength and solid wrestling games. When you have fighters with such evenly developed skills, it comes down to the intangibles. In that case, you have to give the advantage to Faber. He’s performed at a higher caliber and has been tested to a far greater extent. He’ll use his jab to control exchanges from the outside the be able to effectively transition to takedowns. He won’t get the finish, but he’ll cruise to the unanimous decision.

That wraps up another edition of the Downes Side devoid of seasonal depression. Don’t forget to follow me on Twitter @dannyboydownes. In the meantime, leave your own thoughts, concerns, questions and favorite annual flower on the page here.