That’s right boys and girls, it’s time for another edition of the Downes Side! Loyal readers (thanks Mom) will notice a slight change in the format. Instead of focusing solely on the main card, I’ve chosen a few matchups that have caught my eye and I’m going to break them down a little bit further. Also, to paraphrase my editor, “You’re a beacon of MMA expertise, and I want you to share your gift with the world.” [Ed note – paraphrase? That’s a word for word quote.]

That brings us to the main event! After his losses to Jon Jones and Phil Davis, everyone was ready to send Glover Teixeira to that same farm your parents sent your first dog (don’t worry, Wolfie’s just fine). Since then, though, he’s rattled off two straight wins over Ovince Saint Preux and Patrick Cummins. Rashad Evans looked a little slow in his return to the Octagon after a nearly two-year layoff. The 36-year-old still believes he has another title run in him, and he can make up a lot of ground with a win.

Ring rust is one of those things that fighters never want to admit exists until they lose a fight. There’s no way to tell if Evans’s sluggishness was attributed to a lack of cage time or indicative of a larger slowdown. Evans has always used speed to his advantage. He has KO power, but his hand speed and deception were what set up his big attacks. His hands also set up his takedowns. He’s not the type of wrestler that simply power doubles; he has bit more deception to his moves.

Teixeira was becoming a bit of a one trick pony in his striking. Everything hinged on his right hand. Recently, though, he’s developed his jab and lead right uppercut to keep opponents guessing. He did give up some early takedowns to Patrick Cummins his last time out, but he didn’t remain on his back for long. He also has a sneaky guillotine choke and often goads wrestlers into moving for the takedown so he can go for the submission attempt.

Evans deserves the benefit of the doubt given all that he’s accomplished. But even if we were to assume that the Bader fight was an aberration, Teixeira has the edge. Evans is especially inaccurate (he only lands 37.67% of his significant strikes) and doesn’t have the same hand power as Teixiera. His path to victory requires him to outwrestle the Brazilian for the entire fight and that doesn’t seem likely. Teixeira by unanimous decision.

That brings us to the women’s strawweight division for the highly anticipated rematch between Rose Namajunas and Tecia Torres. Torres won that fight by decision, but both fighters have made tremendous strides since then.

In their first fight, Namajunas lost because Torres had the edge in striking speed and volume. Torres may have those same advantages this time, but Namajunas has a new tool – her wrestling. Previously, “Thug Rose” had to use flying armbar attempts and sacrifice throws to showcase her submission game. In her fight against Paige VanZant, Namajunas proved she has more than those two options. She was chaining together single leg attempts to bodylocks and showing a lot of different looks. Torres maintains distance well, but she’ll eventually slip up. Namajunas brings the fight to the ground and secures the second-round rear naked choke to win. 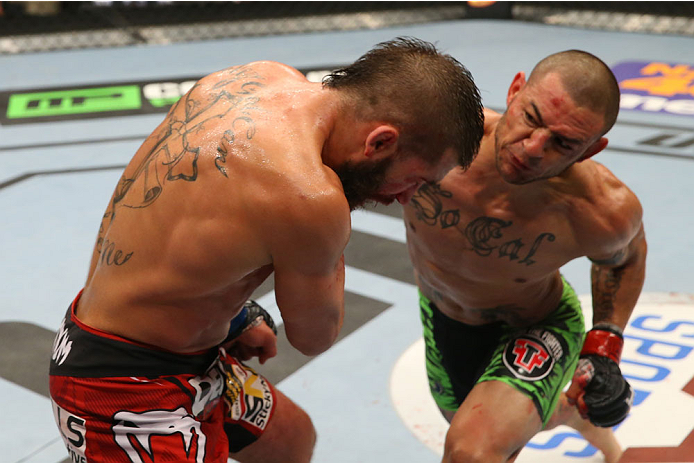 Next, we move to the featherweight division for Cub Swanson and Hacran Dias. Swanson has gone from a six-fight win streak to two straight losses. They may have been to Frankie Edgar and Max Holloway, but that doesn’t lessen the sting. A Nova Uniao product, Dias wants to increase his current two-fight win streak.

Cub Swanson is a prime example of a fighter who falls in love with a single discipline. He became so fixated on his boxing that it was a detriment to his overall game. If you look at his striking during the winning streak, his boxing was more “simple.” Not in the sense that it wasn’t skilled, but he stuck to basic combos. He’s trying to do too much now. Dias is a strong wrestler, but his takedowns are more reactive than proactive. That is, they occur in scrambles instead of him purposefully searching for one. As long as Swanson decides to bring the fight to his opponent instead of waiting for a Floyd Mayweather counter strike, he takes the unanimous decision. 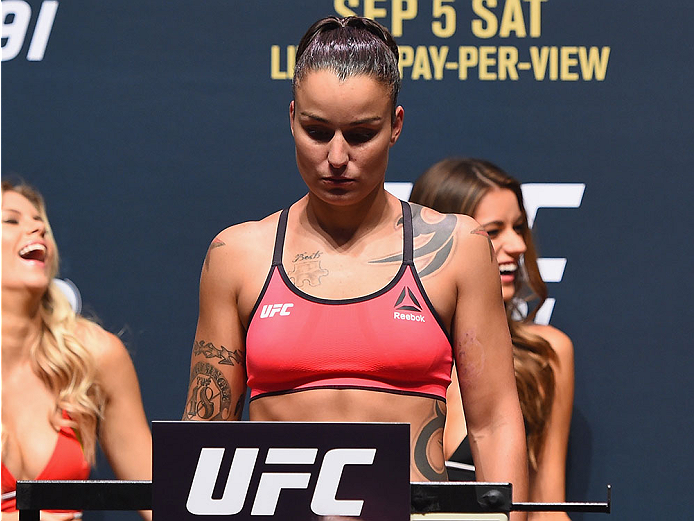 The first fight we’ll look at takes place in the women’s bantamweight division between Bethe Correia and Raquel Pennington. Correia fights for the first time since her 34-second loss to Ronda Rousey at UFC 190. Pennington wants to keep some momentum going after her second round submission win over Jessica Andrade.

Both of these women would like to harken to the Marquess of Queensbury rules. They don’t incorporate a lot of feints and fakes in their offense or defense. They want to draw a line, stand there and slug it out. Pennington fought Holly Holm to a close split decision, but her inability to close the distance and hide her attacks cost her the fight. Correia strings more combinations together, but her TKO finishes have come from volume more than power shots.

This fight will be won or lost in the clinch. Correia strikes much better in tight range by utilizing overhand strikes and uppercuts. At the same time, she allows herself to be pushed up against the cage and controlled. Even though she ended up finishing Shayna Bazsler, she lost the first round because she couldn’t break the clinch. Pennington may not have the strongest offensive wrestling, but she has enough to smother Correia and prevent her from teeing off. Pennington by unanimous decision.

That wraps up another highly intelligent version of the Downes Side. Follow me on Twitter @dannyboydownes and let me know what you think of my professional prognostications. Unless you don’t like it, then just leave me alone. Also, don’t forget to leave your own predictions, comments, assertions and suggestions for TV shows to watch on Netflix. I finally finished Narcos and don’t know what to do.