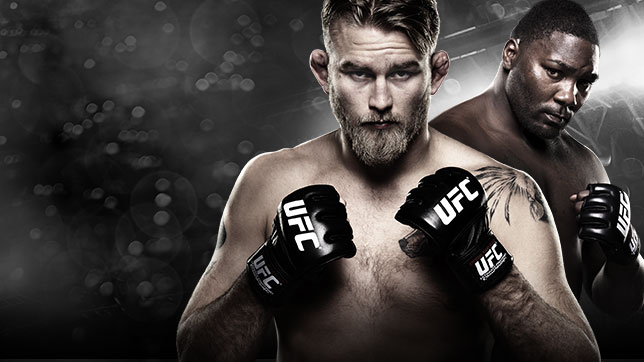 Gather up your lingonberries boys and girls, it’s time for another Swedish edition of the Downes Side!
Whether you’re an ABBA aficionado or an avid A*Teens acolyte, this week’s card has something for every Scandinavian of every generation (and non-Scandinavians I suppose). Live from the Tele2 Arena in Stockholm, Alexander Gustafsson could secure another light heavyweight title shot with a victory in front of his hometown fans. Anthony “Rumble” Johnson stands in his way, though, and could potentially become the greatest Swedish villain since the Specter in Fjelkinge. In the co-main event of the evening, MMA legend Dan Henderson makes that long walk to the Octagon one more time against dangerous kickboxer Gegard Mousasi. 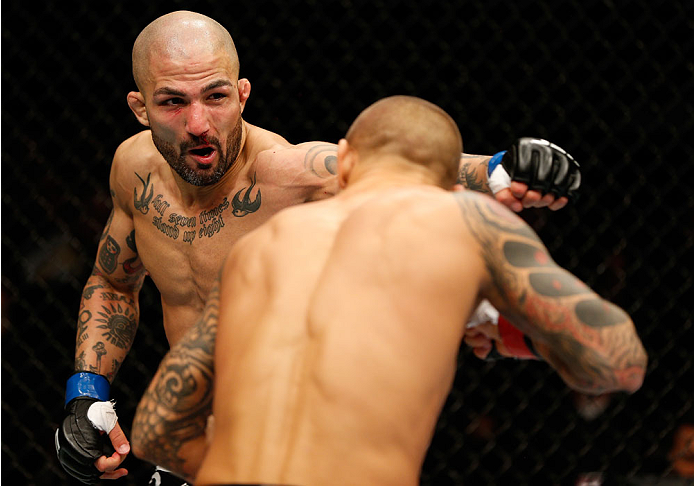 The main card begins in the featherweight division with Akira Corassani and Sam Sicila. A veteran of season 14 of The Ultimate Fighter, the Swede has rounded out his game since his appearance on the show. Primarily a kickboxer, he keeps things on the feet with his 86.67% takedown defense rate. A season 15 TUF vet, Sicilia’s fight philosophy can be thought of as, “brawl first, ask questions later.”

Expect a lot of offense in this fight. As much as both of these fighters have added other tools to their arsenal, they’re going to want to stand toe-to-toe and slug it out. Corassani has the more diverse striking set, but he relies more on volume and doesn’t possess a lot of power (he only has one career knockout). Sicilia, on the other hand, doesn’t have the same striking rate, but he does have KO power. Neither guy has particularly solid defense, but Corassani’s is slightly worse. Sicilia by second round knockout. 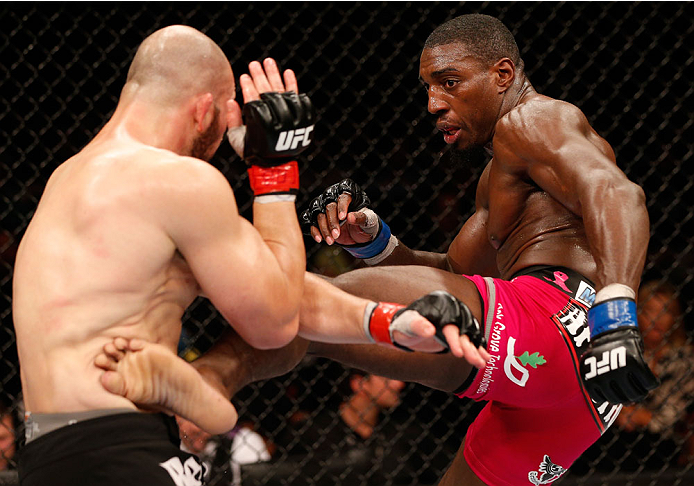 PHIL DAVIS VS. RYAN BADER
We move up to light heavyweight for Phil Davis and Ryan Bader. After getting battered by Anthony Johnson at UFC 172, Phil Davis bounced back with a decision win over Glover Teixeira last October. Known for his dominant wrestling and slick jiu-jitsu chokes, “Mr. Wonderful” has struggled to bring his striking to the same levels. A 15-fight veteran inside the Octagon, Ryan Bader’s three-fight win streak has given him some renewed energy in the division. An All-American wrestler at Arizona State, “Darth” Bader has evolved beyond being a simple grappler.

MMA is not one of those sports where “less is more.” Much like my neighbor’s “No Trespassing” sign, though, there’s an exception to every rule. Davis’s striking has not advanced as much as we’ve hoped, but his wrestling and range will be too much for Bader to overcome. Davis will control the space and when Bader’s impatience starts to show, he’ll close distance and dominate the clinch. This repeats for three rounds and Davis takes the decision. 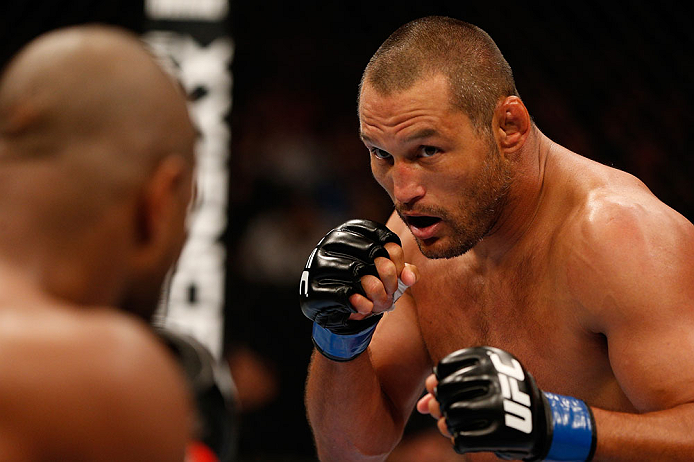 We drop to middleweight for Dan Henderson and Gegard Mousasi. A former Strikeforce and PRIDE champion, the 44-year-old Henderson has had a rough go as of late. He’s dropped four of his last five fights, and many have called for the former Olympian to retire. A Strikeforce champion in his own right, Mousasi is an accurate counter striker who absorbs little damage.

As Henderson’s fight against Shogun Rua last March showed us, old Hendo hasn’t lost that KO power. He still has the potential to end the fight at any moment. Unfortunately, the “puncher’s chance” is his only real chance. Over the years Henderson has gradually faded away from his wrestling background and pretty much ignores it now. Mousasi may not have the aggressiveness that fans want, and that may be fair. Unlike Fredo, though, Mousasi’s smart. He’ll avoid the big punch and cruise to a decision victory. 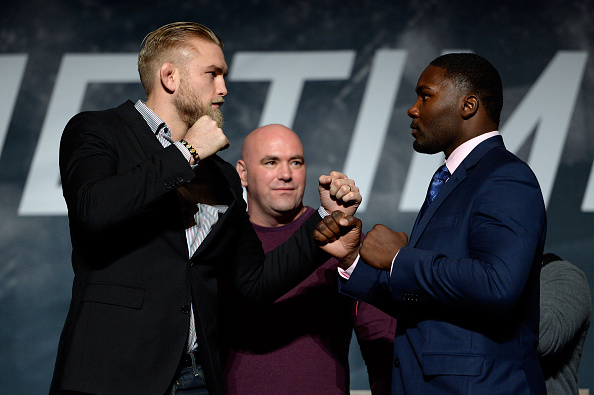 ALEXANDER GUSTAFSSON VS. ANTHONY JOHNSON
Time for the main event! After giving Jon Jones the toughest test of his career, Alex Gustafsson is on the verge of having another chance at the belt. An accomplished striker, he also holds the second highest takedown defense in the light heavyweight division. Once known more for his weight problems than his fighting ability, Anthony Johnson has raced up the 205-pound ladder with wins over Phil Davis and Antonio Rogerio Nogueira.

Johnson biggest enemy will be the pacing. He has the power and the skills, but he has had a history of tiring out. Even in the Phil Davis fight, which he controlled from start to finish, his work rate dropped as the fight progressed. Despite that, he’ll pull the upset. Gustafsson has the reach advantage, but he does get sloppy with his footwork. As he darts in and out, he leaves openings for counter attacks. He also struggles with kick defense. Johnson exploits all these weaknesses en route to the unanimous decision win.
> Check out the full UFC Fight Night: Gustafsson vs. Johnson fight card
That wraps up another winner takes all edition of the Downes Side! Lay all your love on by following me on Twitter @dannyboydownes. Also, don’t forget to leave your own predictions, hunches, auguries and favorite Swedish snacks on the page here. It’s not just about the fish anymore.