The Downes Side: 166 Predictions

That’s right boys and girls, it’s time for another acrobatically-gifted, heavyweight-leaning edition of The Downes Side. And while the Nostradamus of MMA always brings it, this time around it’ll even impress the great Tony Perkis.

Way more fun than fat camp, this week the Ultimate Fighting Championship rolls into the Toyota Center in Houston, Texas for UFC 166. The main event is the third (but probably not final) match between Junior Dos Santos and Cain Velasquez. JDS won their first fight in just over a minute with a clubbing right hand. In their second meeting 13 months later, Cain Velasquez dominated from start to finish to win the belt back. The co-main event of night is a grudge match as Roy “Big Country” Nelson and Daniel Cormier square off. Much more than pride and a jump up the rankings are on the line folks, this one is personal. 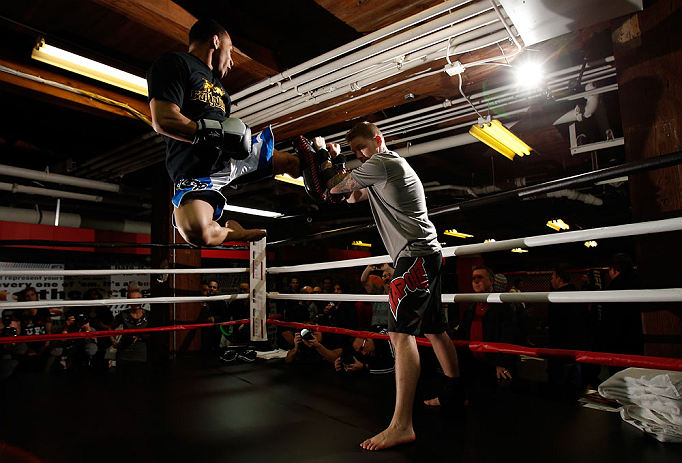 The main card begins in the flyweight division with John "The Magician" Dodson and Darrell "The Mongoose" Montague. Trying to rebound from his flyweight title loss against Demetrious Johnson in January, Dodson looks to dust himself off and work back into the championship picture. Don’t let his small frame and Pop Rocks sponsorship fool you, Dodson has the biggest KO potential in the division. His opponent, Darrell “Mongoose” Montague makes his debut in the UFC. A well-rounded fighter, he has victories evenly split between submissions and knockouts.

Montague has skills (and a sweet nickname), but much like poor Romeo, this Montague has bitten off more than he can chew. Montague seems to struggle with hard-swinging flyweights and that’s Dodson’s wheelhouse. “The Magician” may be a bit outmatched in the grappling department, but he has enough wrestling to keep this fight on the feet. After blocking a couple of takedown attempts, Dodson scores a big right hand and takes it with a first-round TKO. 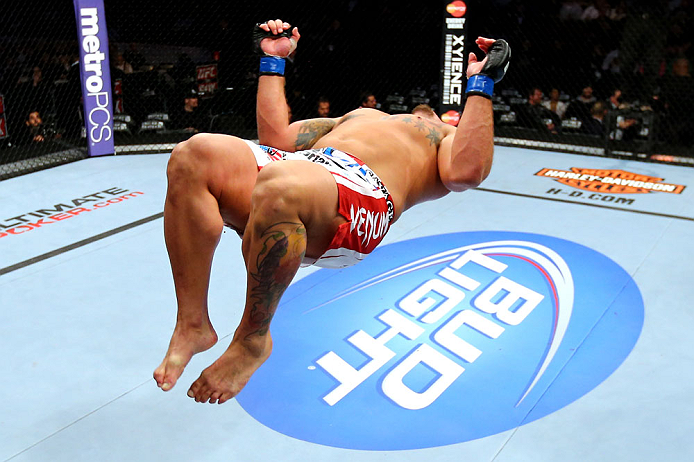 We jump from the lightest division on the roster to the heaviest with Gabriel Gonzaga and Shawn Jordan. Since returning to the UFC, Gonzaga has gone 3-1 including a 17 second KO over Dave Herman at UFC 162. Even though he’ll always be known for his head-kick KO over Mirko Cro Cop at UFC 70, he’s a Brazilian jiu-jitsu black belt and it’s been nice to see him utilize that more in his return. A former fullback at LSU, all three of Jordan’s UFC wins have come via knockout, including a first-round blasting of Pat Barry in June.

The Herman fight excluded, Gonzaga has shown a penchant for taking unnecessary damage. Even in the Rothwell fight, his striking defense showed holes before he locked in the fight-finisheing guillotine. Jordan may not have faced someone with Gonzaga’s submission prowess, but his speed and athleticism mean I don’t see him getting caught here. Gonzaga will charge forward and try to put Jordan on his back, but he’ll eat uppercuts and hooks for his troubles. Jordan avoids the submission attempt and batters Gonzaga en route to a third-round TKO. 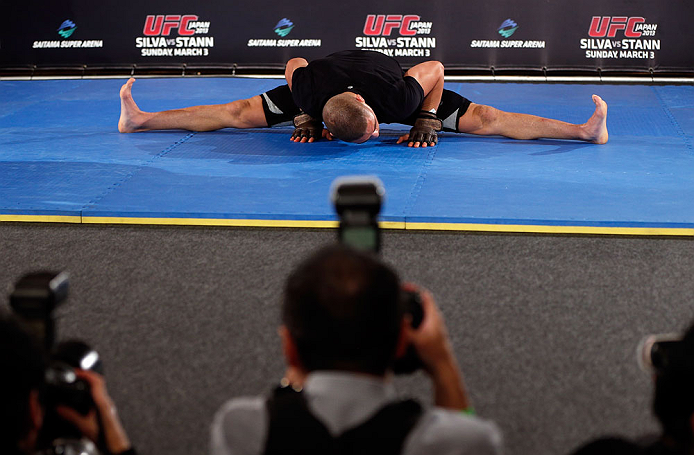 We drop down to lightweight for Gilbert “El Niño” Melendez and Diego “The Dream” Sanchez. Fresh off a lightweight title loss to Benson Henderson, long-time Strikeforce champion Melendez could get back into the championship picture with an impressive showing. Sanchez, the first-ever TUF winner whose eccentricities are only seconded by his ability to absorb punishment, steps into the Octagon for the first time since his controversial decision over Takanori Gomi in March.

Diego seems to already be sizing up his chances against lightweight champ Anthony Pettis, and while that may be a bit premature, I do think he pulls the big upset here. (Moneyline-wise, he's the biggest underdog on the main card.) He has strong wrestling and self-preservation does not appear to be one of his primal instincts. Sanchez can make his opponents uncomfortable and take them off their gameplan. He’ll keep Melendez on his heels and land enough punches to win the rounds. With some help from Tony Robbins and the judges, Diego Sanchez unleashes the power within and takes the unanimous decision. 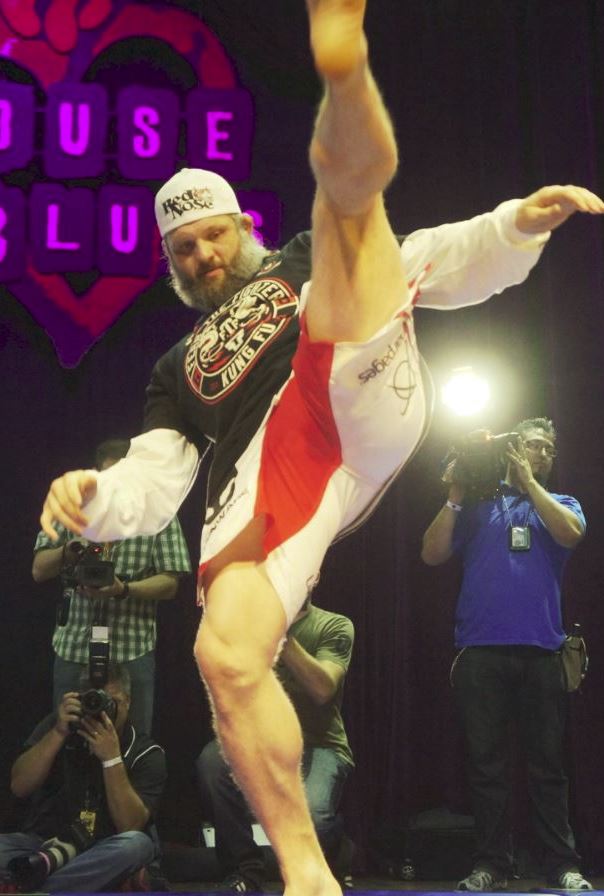 We return to heavyweight for Daniel Cormier and Roy Nelson. After a successful UFC debut against Frank Mir in April, Daniel Cormier says this will be his last fight at heavyweight as he sets his eyes on Jon Jones and the 205-pound belt. Standing in his way will be a guy who’s been focused on some weight loss of his own as of late, "Big Country." After three straight first-round knockout victories, Nelson tries to rebound from a disappointing short-notice showing against Stipe Miocic at UFC 161.

Cormier may have his eyes on the light heavyweight division, but he’ll maintain focus long enough to pick up a heavily-favored win. There’s always a chance that Nelson’s right hand finds its mark, but the undefeated Strikeforce Heavyweight Grand Prix Champion will survive long enough to close the distance. Once there, he’ll proceed to batter Nelson and keep him on his back. “But what about Roy Nelson’s jiu-jitsu?” you may ask. Well, Big Country may be winning the battle with high cholesterol, he hasn’t submitted someone professionally since Justin Timberlake brought SexyBack (that was July 2006, btw). Nelson may not be able to counter Cormier’s wrestling, but his granite chin will let him survive long enough to watch DC take the unanimous decision. 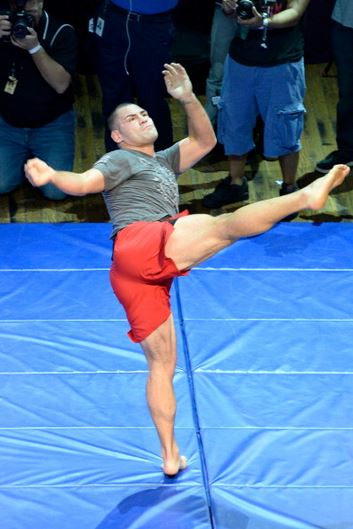 Time for the main event of the evening! Since these two last met, Junior Dos Santos showed that even the big guys can throw spinning stuff as he KOd Mark Hunt in May. That same night, Cain crushed Bigfoot Silva for a second time to set up this third and decisive match. In an alternate universe, I’d like to think that the two of them are friends and run a Jimmy Buffet Margaritaville franchise together. Instead, they’re trying to beat one another into unconsciousness. Actually, considering what happened the last time I went to margarita happy hour, that might not be too far off...

This is one of those fights that’s truly a tossup. Both fighters can (and have) change the momentum of a fight with a single blow. Cain’s wrestling and speed afford him a few more avenues for success, while JDS must rely primarily on his boxing. Having said that, despite the fact that Cain dominated their last meeting Dos Santos showed a lot more than heart. Even on dream street, he still defended 66% of Velazquez’s takedowns. In the first frame tonight, both fighters will be a bit more tentative and respect the other’s power. In the second, things will open up a bit more and JDS will land a crushing right hand and take his belt back. Who knows, maybe they’ll even have a round of Caipirinhas together.

That wraps up another heavy handed edition of the Downes Side. Follow me on Twitter @dannyboydownes, and leave your own predictions, questions and suggestions for combatting childhood obesity on the page here. My money is on the boneless belt.