Dos Santos injured; out of bout vs. Miocic 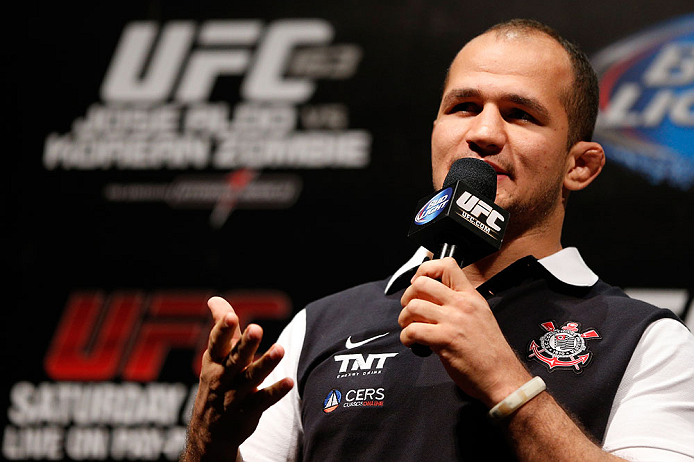 Junior Dos Santos is out of the UFC Fight Night: Dos Santos vs. Miocic main event after suffering an injury on Monday during his preparation for a showdown with No. 7 heavyweight Stipe Miocic on May 31 in his home country of Brazil.

Dos Santos, coming off a loss against UFC heavyweight champion Cain Velasquez in his bid to regain the title, is the No. 2 ranked heavyweight and was looking to get back on track against Miocic, who has won his last two fights against Roy Nelson and Gabriel Gonzaga.

UFC officials are working quickly to address the situation, but no replacement for Dos Santos has been tabbed at this time. Make sure to check back at UFC.com for more information as it becomes available.