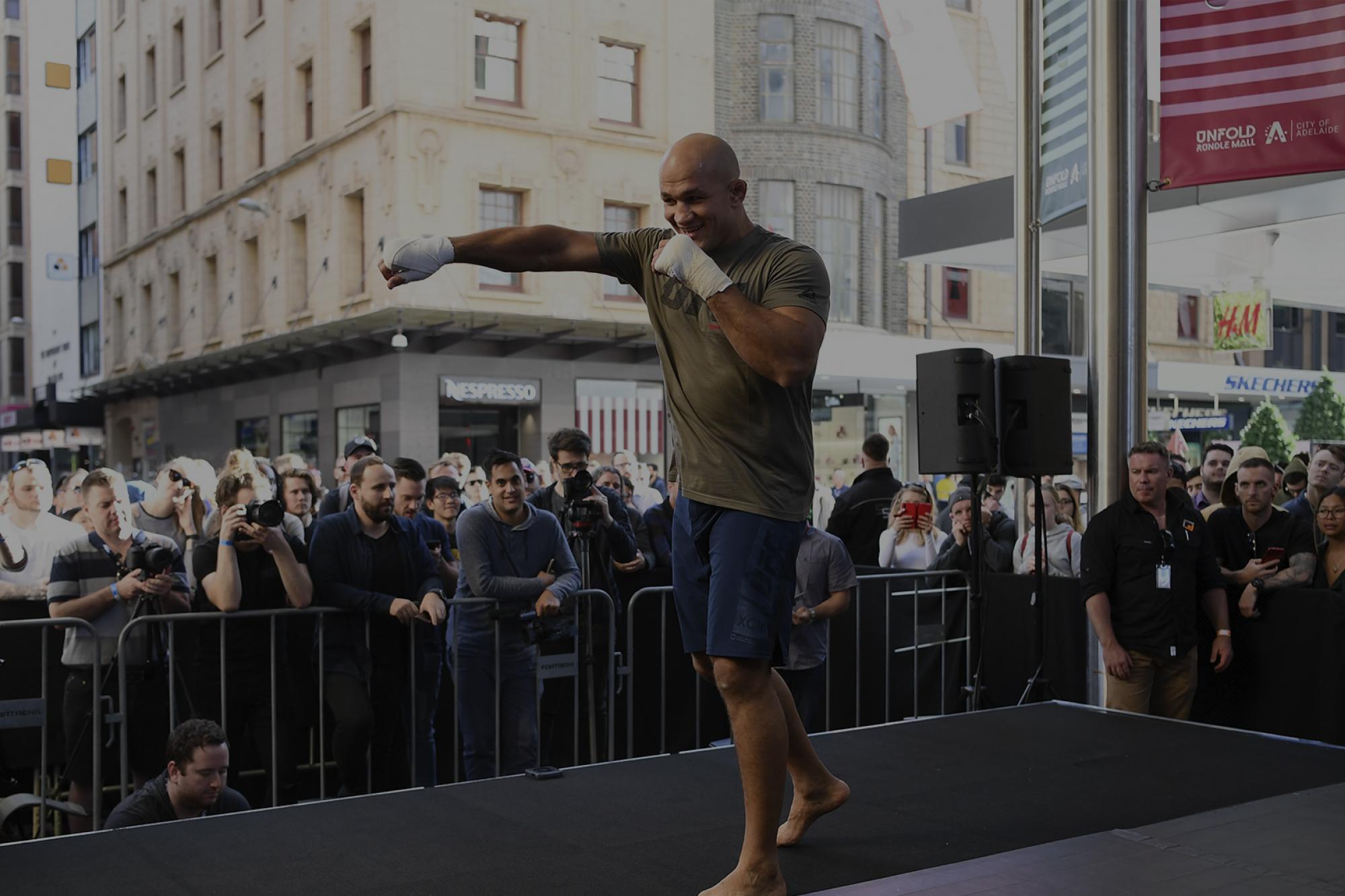 Dos Santos: "This Is A Fight You Have To Watch"

UFC.com caught up with JDS before he meets Tai Tuivasa at UFC Adelaide
By Gavin Porter • Nov. 28, 2018

Anytime a former heavyweight champion of the world is headlining a card it’s a big deal. But for Junior Dos Santos, a win at UFC Adelaide could rocket him right back into title contention. He is taking on a local undefeated fighter in Tai Tuivasa that loves to brawl.

And that is exactly what Cigano is looking forward to.

Dos Santos’ last fight came in July against the tough Blagoy Ivanov. It was a great way to return from a long layoff for Santos and the perfect opportunity for a fresh start. He looked great at open workouts here in Australia and appears to have a great energy heading into fight week.

We met up with the former champ to talk about what it’s like to be in Australia, his opponent Tai Tuivasa, what makes him such a dangerous fighter and much more.

UFC: What was it like to be welcomed to the country of Australia with an Aboriginal ceremony?

JDS: We had a welcome that the Aborigines did for us, which Tai Tuivasa is part of the Aborigines. So it was a very special moment, I felt special at that moment. I’ve never received something like that in all the places in this world that I’ve went to. I felt part of it, the beginning of this week was perfect.

UFC: Was it nice to share that moment with Tai?

JDS: It was very nice to share that moment with him. Actually that was the first time that I met him in person so I wasn’t expecting anything like that. But it was natural, it was nice to see that he was a good guy. We are focused on fighting, we promote fighting not talking. And now at the time of the fight it’s just business. We have to go there and put 100% of ourselves to make sure what I am saying is truth. And he will do the same.

UFC: Where do you think that you have the advantage in this fight?

JDS: It’s hard to say because I’m a boxing guy I’m really confident in my boxing skills. I really believe that I’m the fastest heavyweight in this sport and in all of this division in the UFC. I’m going to use that, move a lot, put some angles on him and throw hard punches against him. I know he’s a very tough dude, very tough guy and he’s going to walk forward at the time trying to win the fight. But I think I have everything that it takes to win this by knockout.

UFC: Why are you such a dangerous fighter?

UFC: If I am a fan tuning in to watch this fight, what can I expect?

JDS: If you’re a fan of MMA this is the fight you have to watch because this guy Tai Tuivasa he likes to stand-up and bang, I love to do that thing too. So I’m sure you’re going to have a lot of fun watching us.

Make sure you tune in to watch UFC Fight Night Adelaide: Dos Santos vs. Tuivasa at 10pm/7pm ETPT on FS1.