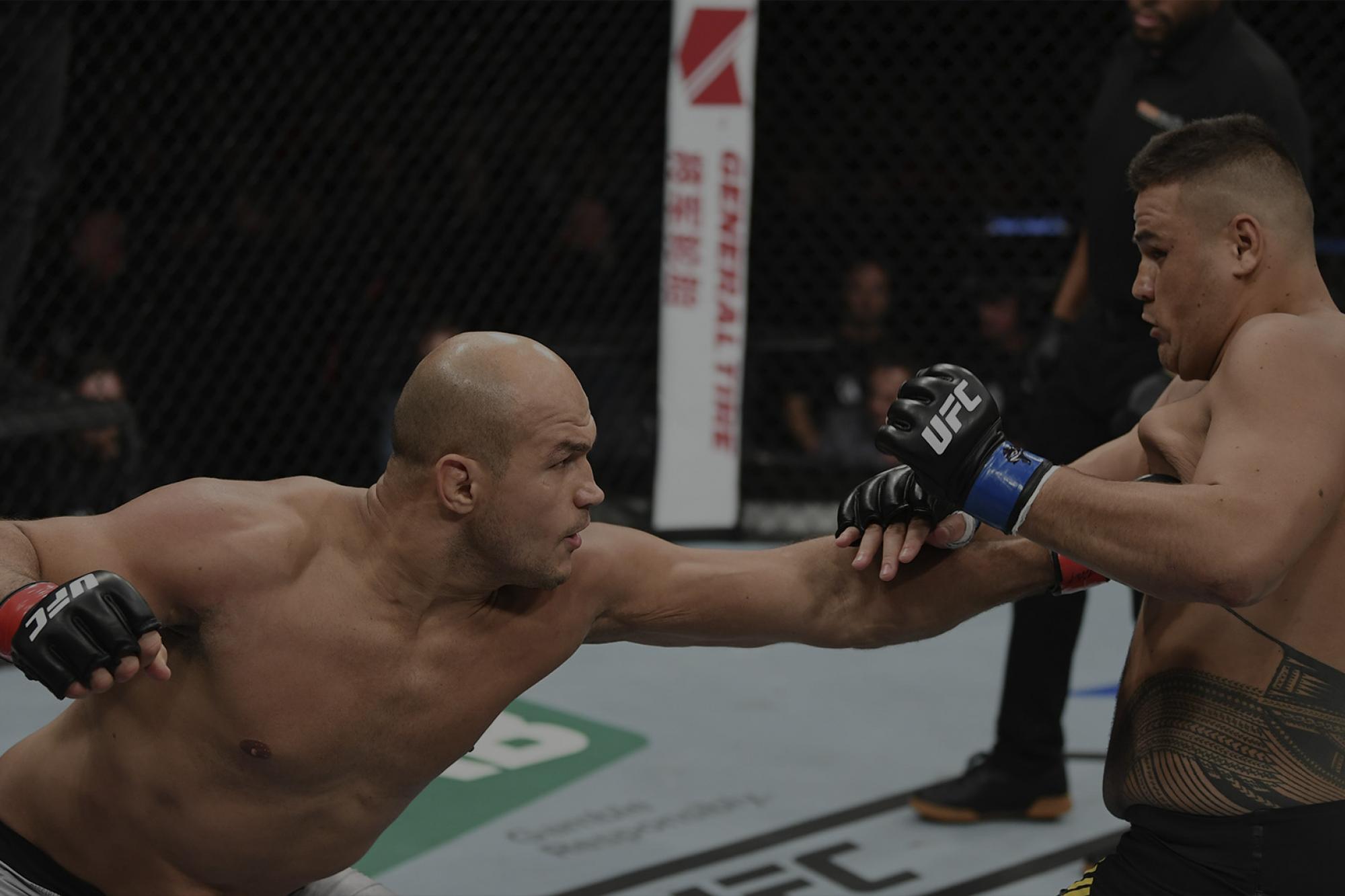 "I can keep moving myself forward, keep throwing punches and keep fighting. From round one to round five. I'm ready to do that against Derrick Lewis and I think at some point he's gonna break.”
By Gavin Porter • Mar. 6, 2019

Since making his return at UFC Boise last July, former heavyweight champion Junior Dos Santos has been climbing the division’s ranks. Back to back victories over Blagoy Ivanov and Tai Tuivasa earned Dos Santos a fight with No. 3-ranked Derrick Lewis on Saturday in Wichita, Kansas.

A convincing win would boost “Cigano” right back into the title picture and it’s safe to say that he’s excited for the challenges that “The Black Beast” presents.

“Well what I see about Derrick Lewis that he's a very strong guy,” Dos Santos said. “He’s strong, he's heavy and he’s on the limit of the heavyweight division. He has a lot of knockout power. No doubt. He’s a dangerous fighter, but you know I'm a confident guy and I'll take care of that.”

Dos Santos’ confidence is justified, as he is fresh off a TKO victory over the undefeated young gun Tuivasa. In that fight Dos Santos showed off his durability, power and most importantly, his speed.

“I think I have a speed advantage on all the heavyweights,” Dos Santos said. “I'm fast and I can use my ability. I can keep moving myself forward, keep throwing punches and keep fighting. From round one to round five. I'm ready to do that against Derrick Lewis and I think at some point he's gonna break.”

Breaking the will of Lewis isn’t an easy task. His combination of knockout power and heart propelled him to a title shot against Daniel Cormier less than four months ago. Fighting a dangerous guy like Lewis makes it easy for Dos Santos to get up for fight night, and it also helps bring out the best in him.

Dos Santos doesn’t think that Lewis will come out as aggressive as Tuivasa did at the start of their fight and that’s why the former champ knows that he has to watch out for Lewis’ calculated power strikes. Especially in the later rounds of the fight, as Lewis has three finishes past the third round on his resume.

At UFC 229 Lewis defeated Alexander Volkov in dramatic fashion, knocking out “Drago” with only 11 seconds left in the fight. The knockout power that Lewis has in his hands is no joke but Dos Santos has faith that his striking can be just as devastating.

Tune into ESPN+ on March 9th at 8pm/5pm ETPT to watch Lewis and Dos Santos battle it out in the UFC’s first ever event in Kansas.