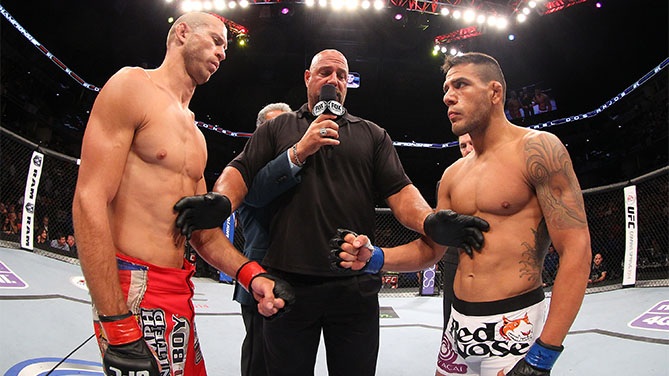 Wednesday saw the announcement of the UFC's return to the Amway Center in Orlando, Florida, on Dec. 19.

Today, the FOX-televised card has a main event, as UFC lightweight champion Rafael dos Anjos defends his crown for the first time in a rematch against Donald "Cowboy" Cerrone.

Since that initial meeting, Albuquerque's Cerrone has gone on an eight-fight tear that includes four post-fight bonuses and victories over the likes of Edson Barboza, Jim Miller, Eddie Alvarez, Myles Jury, and Benson Henderson, earning him a world title shot. Brazilian standout Dos Anjos has shown off the best form of his career recently as well, winning four straight over the likes of Henderson and Nate Diaz, and capping things off in March of this year with a Performance of the Night win over Anthony Pettis that put the UFC lightweight championship belt around his waist.