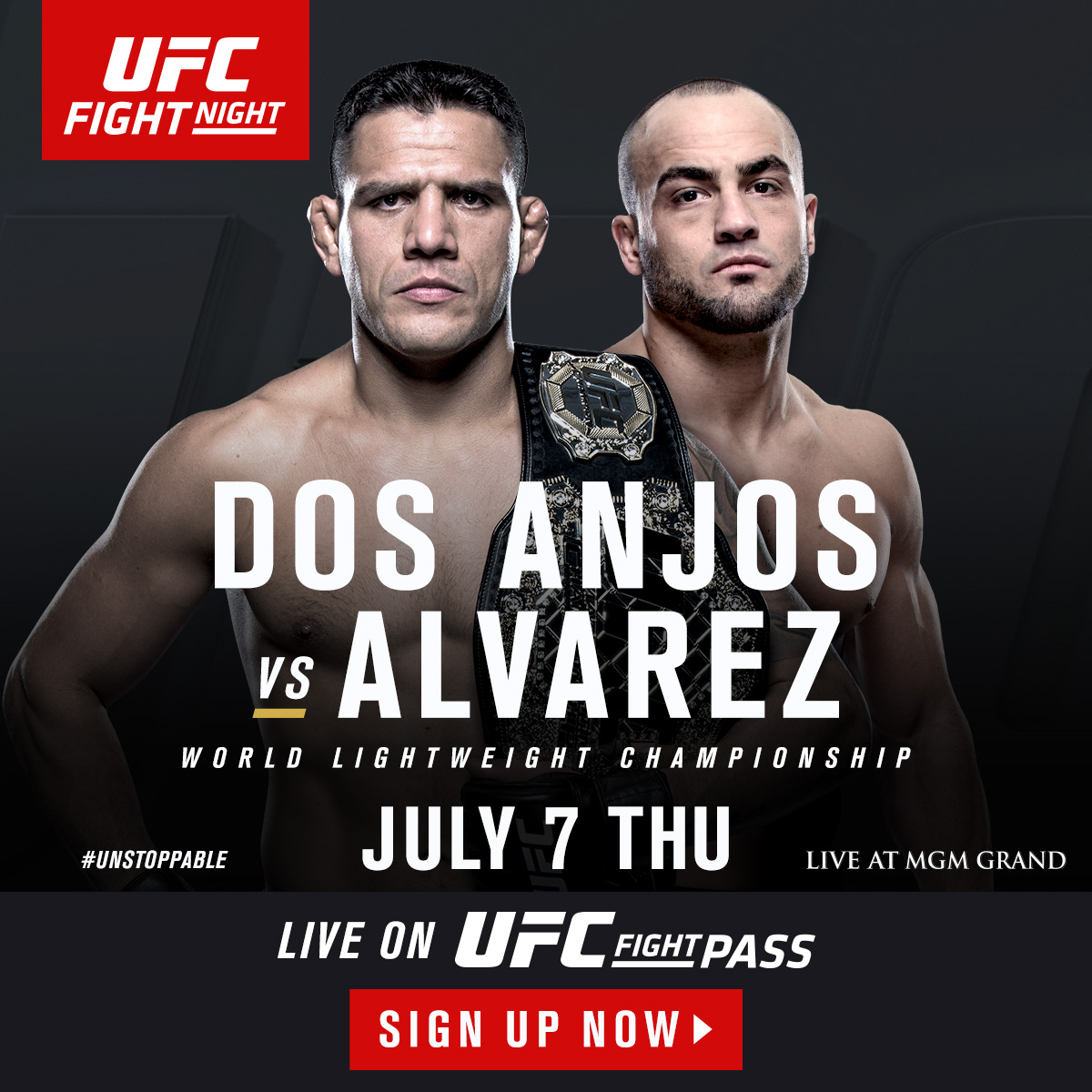 The biggest week in UFC history just got bigger. UFC lightweight champion Rafael dos Anjos will defend his title for the second time on July 7, facing No. 1 contender Eddie Alvarez in the main event of a special UFC FIGHT PASS card at the MGM Grand Garden Arena.

The trio of fight cards is the centerpiece of the fifth annual UFC International Fight Week, which begins on Tuesday, July 5. IFW runs through Sunday, July 10, the final day of the UFC Fan Expo, which is being expanded to three days for the first time.

In addition to three fight cards and three days of the UFC Fan Expo, IFW will feature the 2016 UFC Hall of Fame Induction Ceremony, as well as a UFC Reebok Experience, the Ulti-man 5k and a number of fan events that will be held throughout Las Vegas.

Ticket on-sale dates were also announced on Friday, with UFC 200 and UFC Fan Expo tickets going on sale on Friday, April 29 at 10am PT (UFC 200) and 12pm PT (UFC Fan Expo). Fans wishing to purchase UFC Fight Night: Dos Anjos vs. Alvarez tickets may obtain them on Friday, May 6 at 10am PT, and Ultimate Fighter Finale tickets go on sale on the same day at noon PT.

Back in action in Las Vegas for the first time since a knockout win over George Sotiropoulos in 2011, Brazil’s Rafael dos Anjos has come a long way in the ensuing five years, winning 10 of 12 bouts, including a March 2015 victory over Anthony Pettis that earned him the UFC lightweight title. Fresh from a 66-second knockout of Donald Cerrone in the first defense of his crown last December, the 31-year-old jiu-jitsu black belt will seek his sixth consecutive win when he faces Alvarez this July.

A true Philadelphia fighter, 32-year-old Eddie Alvarez made his name on the international MMA scene, taking on and beating all comers while building a fan following that dubbed him “The Underground King.” In 2014, he finally arrived in the UFC, and after an entertaining battle with Cerrone, he defeated Gilbert Melendez and Pettis in back-to-back bouts, skyrocketing him to the top of the lightweight rankings. On July 7, he gets his shot at the belt.