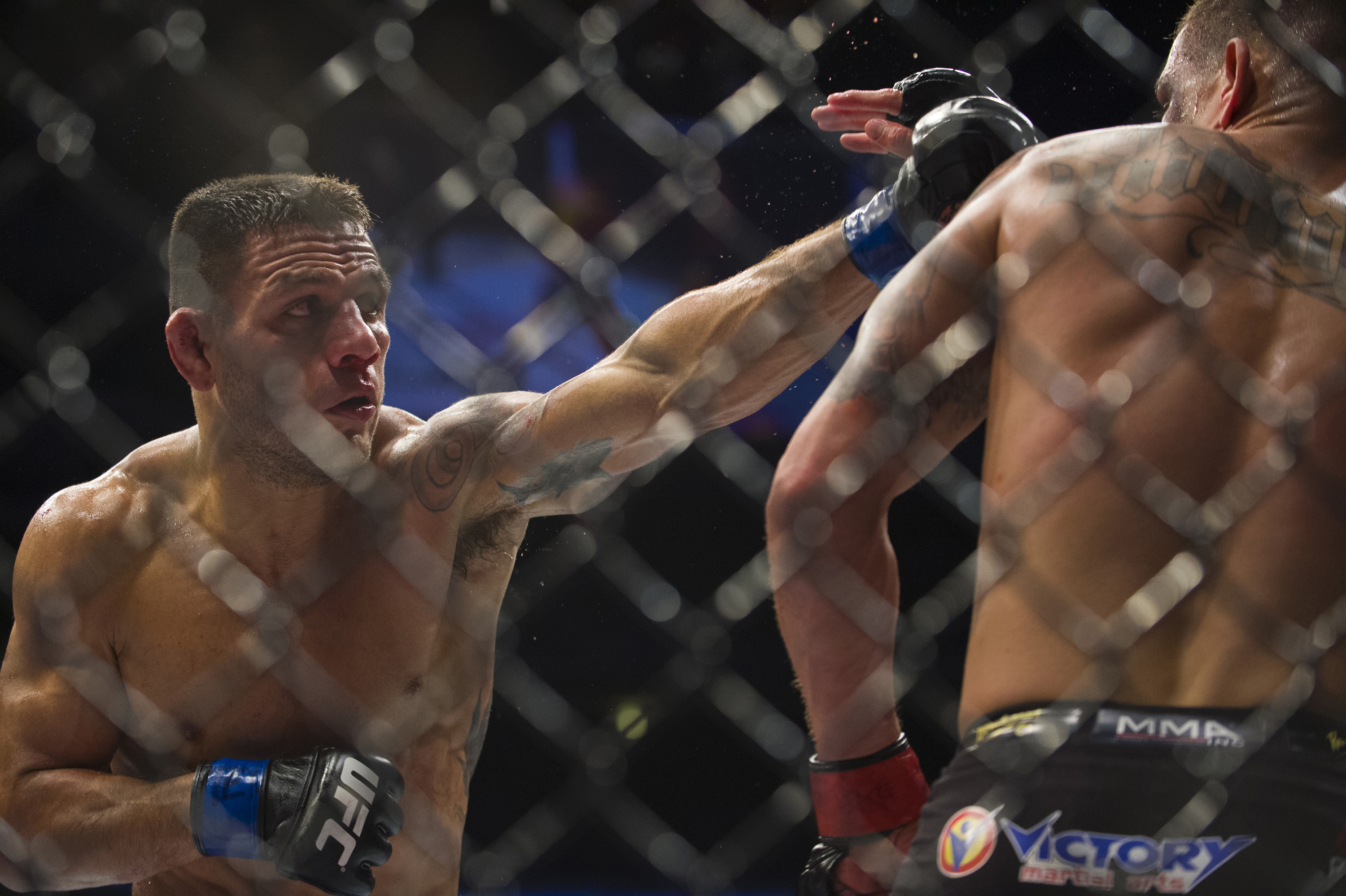 Leading up to their UFC 185 main event clash at American Airlines Center in Dallas on Saturday night, 155-pound title challenger Rafael dos Anjos was seen as a threat to champion Anthony Pettis, but wasn’t expected to dethrone “Showtime.” Five rounds later, Brazil’s dos Anjos shocked the doubters and stunned Pettis, putting on a master class en route to a five-round unanimous decision that earned him the UFC lightweight title.

“It’s such an amazing blessing,” Rio de Janeiro’s dos Anjos said. “I came from the bottom. I couldn’t ever imagine in my life being here, fighting in a main event and being UFC champion.”

“He caught me with a left hand in the first round and I couldn’t see out of my right eye the whole time,” the 28-year-old Pettis, now 18-3, said. “No excuses the dude’s a monster, I’m gonna go back to the gym and train.”

Dos Anjos showed no nerves in his first world title fight, taking the fight immediately to Pettis, tagging him with left kicks to the body and a left punch to the head that bruised up the champion’s right 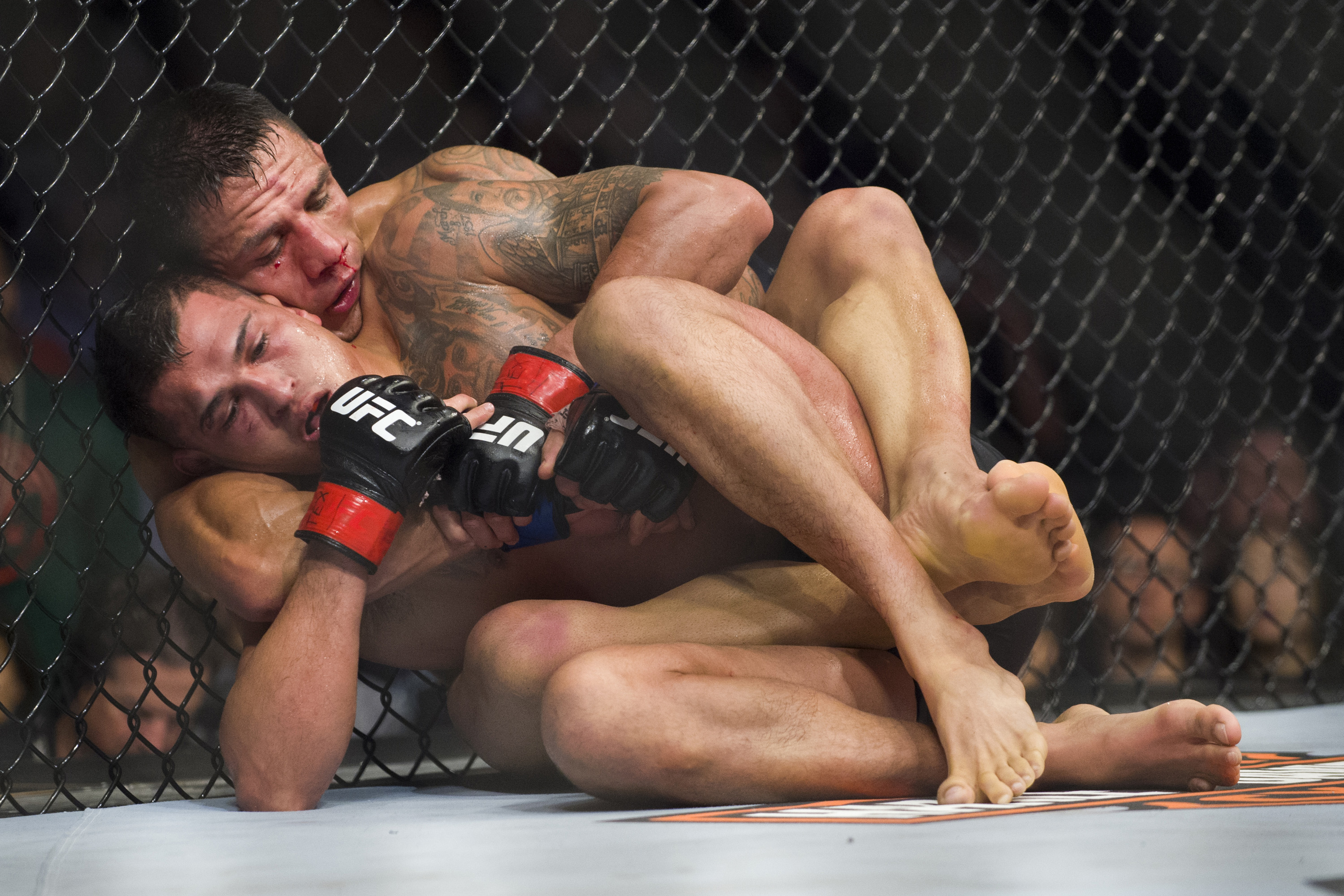 eye. Milwaukee’s Pettis tried to keep dos Anjos off him with a variety of attacks, but the Brazilian was throwing and landing bombs repeatedly, and in the final minute he added a takedown to the mix, pinning his opponent to the fence and finishing off a huge round.

Pettis, now cut over the right eye, continued to have difficulty getting untracked, which was more a case of how effective dos Anjos was instead of anything the champion was doing. On the mat, dos Anjos’ ground-and-pound attack was vicious, and while Pettis looked for daylight in the way of a submission from the bottom, the challenger wasn’t giving him any opportunities.

Still appearing confident heading into round three, Pettis was able to get off one of his patented headkicks, but dos Anjos walked right through it and scored another takedown moments later. Midway through the round, Pettis got back to his feet, dos Anjos staying connected to him, throwing close range shots every step of the way before Pettis fought loose. The champion got another head kick, but dos Anjos’ equalizers were two takedowns.

Clearly down three rounds, Pettis needed a miracle to finish, but even after absorbing two hard kicks to the body in the fourth, dos Anjos wasn’t about to give it to him. After another takedown, dos Anjos attempted to lock up a kimura, but the champion fought free, got up and scored a brief takedown of his own. It was a rare bright moment for Pettis, whose attempts to turn things around in the fifth fell short, setting the stage for the crowning of a new champion, the 11th from the MMA-rich nation of Brazil.