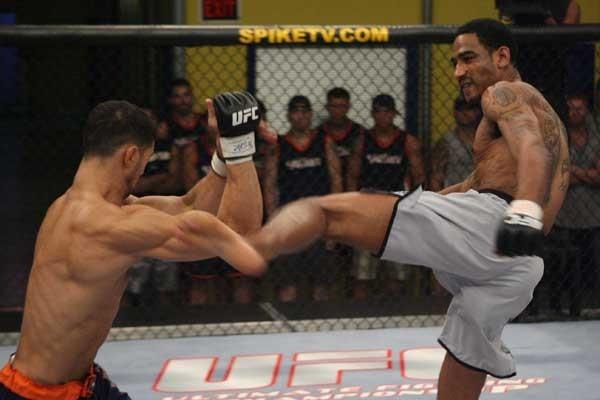 Dorian Price wasn’t in Las Vegas anymore. There wasn’t a mansion with all the food you could eat to live in, a state of the art gym to train in. In his new home in Thailand, Price slept on a floor that held three mattresses for the Baltimore native and three trainers.

“It was behind the kitchen with roosters and lizards crawling in the room,” Price laughs, but it was still his dream coming true in a way, as he now had the opportunity to train and compete in the homeland of the sport he loved, Muay Thai. Dreams don’t always have to be glamorous, and this certainly didn’t fit that bill, but Price was never one to chase a dollar.

“Money’s only good in case you don’t die tomorrow, so getting quick paydays, there are easier ways than that.”

One of those easier ways - if you could even call it that - for Price would have been to remain an active fighter in mixed martial arts. Owner of an 8-3 record on the local MMA circuit from 2002 to 2007, Price got a fighter’s opportunity of a lifetime when he was chosen to compete on season six of The Ultimate Fighter in 2007.

As a member of Team Hughes, Price received more attention for a confrontation with a cameraman during filming in Las Vegas than for his loss to Matt Arroyo on the show. But he learned a lot about the fight game, made some friends, and on the season finale show in December of 2007, he was brought back to face Roman Mitichyan.

Price was submitted in 23 seconds.

But here’s where it gets interesting. In the fight game, the UFC name carries the most weight of any promotion in the world, and even if you’re not on the roster, the phrase “UFC veteran” or “Ultimate Fighter veteran” means higher paydays on the local circuit. So Price could have cashed in on his reality TV and UFC notoriety to continue fighting. Sure, his ground game wasn’t at an elite level, but he knew enough to get by, and with a top-notch striking attack, he not only would have picked up some decent paydays, but he might have even won enough fights to get called back to the big show. He didn’t do it though, fighting just once more in 2012, losing to Ryan Bigler.

“So I had no desire to come back to MMA,” he continues. “I got further than I thought I’d get with my skill set and lack of wrestling, and I tried it one more time in the PXC to see, but there wasn’t much of a desire to go back. MMA is a sport where your heart has to be in it. If your heart’s not in it, you’re gonna get hurt, and that’s essentially what I would have been doing, and I’m smarter than that.”

An undergraduate degree from Hampton University and a Masters from Ohio State University proves that, but Price didn’t want to rely on his educational background to carry him on to the next step of his life. His passion was Muay Thai from the time he began studying it in the late-90s, so that next step would be in Bangkok.

“I loved MMA, but my heart had always been in Muay Thai,” he said. “I went to Thailand for the opportunity to fight and be the first foreigner ever sponsored at a camp and to fight in the one of the world’s most famous stadiums, Lumpinee, which every foreigner that’s a Thai fighter wants to fight in. It’s the equivalent of fighting in Madison Square Garden for Thai Boxing.”

“My mother and my brother told me don’t give yourself an out,” he said. “It’s a good thing you don’t have enough money for a round trip ticket because that would give you an out. If you want to go, go like you have nothing to lose. Put yourself in a situation where there is no way of getting out other than fighting your way out. If you give yourself an out, when times get hard, you can have the tendency to look for that out. So don’t even have that door available.”

Times got hard for Price in Thailand almost immediately, and it had nothing to do with sleeping around lizards and roosters, as he got a severe eye infection that quickly emptied his wallet and kept him from fighting. Enter a familiar face to fight fans, Mark Hunt.

“Mark Hunt happened to be at the camp at the same time, and he took me around and actually got me some medicine because I had completely run out of money to help me with my eye injury,” Price said.

Hunt also found ways to keep the foreigner occupied in his new country.

“He (Hunt) taught me how to ride a scooter,” Price said. “So we went around riding these scooters and we went up this mountain and I basically crashed into the mountain. (Laughs) Mark comes over there and grabs me like someone’s father, by the belt pretty much, and it seemed like he had the scooter in his other arm, and he just walked off to the side of the road and poured some water on my bleeding wound and then we took a picture.”

This weekend, Price will see Hunt once again, as the “Super Samoan” headlines UFC Fight Night in Adelaide, Australia. Like Hunt, Price is there on business, as he’s working with UFC prospect Brendan O’Reilly for his fight against Vik Grujic, and you could say it’s coming full circle for the former UFC fighter turned coach, but Price has been in the training business for a while now, most notably working with top welterweight contender Matt Brown. In fact, Price says that usually the only time he gets back to the States is to work with his longtime friend, who he’s known since they trained together at Jorge Gurgel’s gym in Ohio.

That must mean Price is doing something right, as he’s been globetrotting, working with O’Reilly in Australia, with prospect Juan Espino in the Canary Islands and even managing a gym in Thailand for a brief spell. He’ll be back in the U.S. to prepare Brown for his July bout against Tim Means. It’s not a cast of thousands when it comes to clients, but that’s just fine with the 37-year-old.

“I go under the radar because I don’t advertise myself,” he said. “Matt and I are real good friends and we’ve been 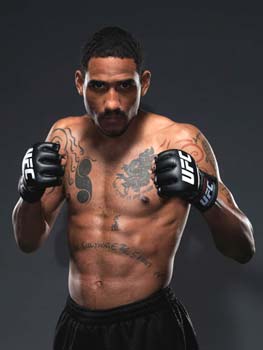 friends for a long time, well before the UFC, since back in the Jorge Gurgel days when we were all down there in Cincinnati. And the reason we’ve become good friends is because some guys, once the glory days are over, there’s nothing really to talk about except to reminisce. Matt and I, we talk about all kinds of things; Matt’s a low-key kind of guy and so am I. That’s probably why I’ve never been out in the spotlight to receive these phone calls from people asking for my help and things like that. And I’m also a little hesitant on who I want to help. I want to help people who are good people. I don’t want to just go around and get numbers and say ‘oh, I want to be the world’s most famous trainer.’”

You believe him too, because a look at his life thus far shows that he is more interested in following his muse than the next payday, with no greater proof than his time in Thailand. You might assume that because he left MMA behind that there are some lucrative paydays at the highest level of Muay Thai overseas.

“Absolutely not,” he said. “When I started fighting in the lower provinces, I made the equivalent of $150. When I got to Lumpinee I made about three hundred US dollars, and the big boss of the camp took half.”

And that’s for fighting in the Madison Square Garden of Muay Thai, which sounds a lot more glamorous than it actually is, but Price didn’t mind one bit.

“I like the purity of it,” he said. “Not to say MMA doesn’t have that, but when I fight in Lumpinee, I’m fighting in a rundown place. There’s no locker room. You put your hand across a metal bar and they wrap your hands. They put you on a slab of wood and give you a rubdown. You go see the doctor and he basically tells you to cough, asks you if you can stick your arms straight out, and then you’ve had your medical check.”

He laughs, knowing how that must sound to those used to UFC events being regulated by government agencies and held in state of the art arenas.

“That’s why I love Muay Thai,” he said. “We have to be in it because we love it, because we’re not going to get rich off it.”

He did achieve the dreams he chased though. He was the first foreigner sponsored by the renowned Sitmonchai camp in Bangok and he fought in Lumpinee Stadium. And as Rocky Balboa would put it, he’s still got some stuff left in the basement when it comes to fighting, as he plans to experience bare knuckle fighting in Burma and Dutch-style kickboxing in Holland.

“I will fight again, but right now I’m enjoying training people,” he said.

Price is also enjoying learning as much as training. He received his purple belt in Brazilian Jiu-Jitsu under Dave Branch, and he’s developed a love of wrestling over the years from working with Brown and Mark Coleman, but if you think he’s leaning toward a comeback in MMA, that’s not happening.

“I’ve become more of a fan of MMA than someone wanting to go out there and disrespect it,” he said. “Plus, I’m too ADD to focus on all that stuff. (Laughs) I’ve got to do one thing or the other or I’m pretty screwed.”

His time in the sport did teach him a lot about what it takes to be a UFC fighter, and as he explains, it’s not all about what you can do on fight night.

“It takes more than what people realize to be in the UFC,” he said. “You have to be more than a fighter. You have to be able to handle the spotlight because essentially you become a rock star and everything you do is put in the spotlight, whether it’s good or bad. And if you’re not prepared for that stuff, it can eat you alive.”

Dorian Price is a survivor. But more than surviving, he’s thriving. Maybe it’s not in conventional terms, but he’s never been a follower, so while he gets his fighter ready for battle this weekend, he’s enjoying being on the other side of the fence.

“Not having to get punched in the face and smash my shin into someone else’s shin is real nice,” he laughs.