MMA Helped Dorian Price Persevere Through Adversity, Find Himself And Be A Better Person.
By Thomas Gerbasi, on Twitter: @TGerbasi • Mar. 1, 2022

Dorian Price was in trouble. Far from the United States and his hometown of Baltimore, Price was in Thailand and three rounds into a Muay Thai fight that was going downhill fast.

“I remember going into the fourth round, I'm looking at my trainer and I'm in a complete, utter panic,” he recalled. “It had never happened before, and I’m going, ‘I think my foot's broken and he's f**king me up. He sees everything I'm doing. I don't know what to do.’ Then my trainer said, you gotta shut the f**k up and calm down and do this, this, and this. And it immediately resonated with me. My trainer, Kru Don, he's got 300 fights, I know he's been in this position, so I started to calm down because now I had the belief and faith in him to be like, ‘I know he’s been here before, so let me listen to him.’”

Price won the fight, one of many he did in both Muay Thai and MMA over the past two decades. The 44-year-old is back in the States now, with a new gig as the head coach of Nashville MMA keeping him busy these days. But the reason for the story was to ask the longtime coach if it’s necessary for a top-level pro MMA coach to have fought before.

“I believe the answer is yes, and I preface that by saying there's always an anomaly, but overall, yes, I think you do because in the sport of MMA there are so many different variables,” he explains. “It's the most complete form of combat the world has ever seen. Even I have a purple belt. And by being around guys like Matt Brown, Dave Branch and even having been in the camp with Stipe (Miocic) when he was fighting (Fabricio) Werdum, I got to get exposed to high-level guys. I think you do need to fight because your fighter needs to know if the fight is tough - it's a knock down, drag out war - and he is coming to that corner uncertain and he doesn't know what's going on, he needs to look at the person in front of him and when that person says, 'Look, I need you to do this, this and this,' he needs to have confidence that he's been here before, so let me take his word. As opposed to someone who's never been there, because then you start second-guessing yourself, like, 'How do you know what it's like? I'm getting my ass whupped and you've never been in this position.' It's happened to me.”

It's a badge of honor for the member of Team Hughes on The Ultimate Fighter 6 in 2007. Price would only fight in the Octagon once, losing to Roman Mitichyan, and while he only fought once more in MMA five years later, his run in Thailand following his true love of Muay Thai saw him become not just one of the best in the world, but one of the fighters leading the charge for the U.S. in the homeland of the sport, and a representative of a community not usually associated with Muay Thai overseas.

Order UFC 272: Covington vs Masvidal For Any Device

“When people look at American Muay Thai, the ones that are waving the flag and carrying the flag in the rings of Thailand are Black,” Price said. “We were the guys that went over there, lived, had our boots on the ground and put that American flag on our back and fought in the birthplace of the art. Myself and Cyrus (Washington) were considered the first two to do it, we started bringing other kids, and I would get a lot of messages from other young Black fighters like, 'Hey man, I want to come over, I'm not getting the push I need in America.' And I'd help a lot of people, White and Black.

The first American to earn a ranking in the original Lumpinee, Price has had a slow, but steady, rise as an in-demand coach back home over the years, with notable work being done in the camps of Brown, Mickey Gall and Miocic, to name a few. And while Black head coaches aren’t in great number when it comes to MMA here in the States, Price hopes to change that, with his coaching hopefully proving that it’s not skin color that matters, but the knowledge and experience owned by the man in the corner.

And while he felt the sting of racism at home, that wasn’t the case in Thailand. 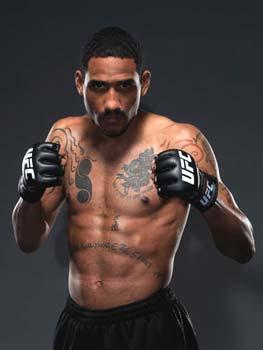 “I never felt racism,” he said. “I never felt like I was being discriminated against. All they cared about was, are you gonna work hard? If we put you in that ring, don't get your head kicked off, and if you can avoid that, we're not gonna do nothing to hold you back. We're gonna push you like anybody else because fair is fair.”

Fair isn’t fair everywhere, though, and Price knows it. What he isn’t letting it do is change the way he operates. The way he sees it, there’s a legacy to uphold, and he’s not about to let the pioneers who came before him down.

“We don't pay enough attention to our pioneers, guys like Maurice Smith, Kevin Randleman, Din Thomas, Yves Edwards,” he said. “Let's be honest, watching guys like Yves Edwards is one of the reasons why I actually wanted to get into MMA.”

And here he is, all these years later, leading a new generation of fighters in Nashville. But as a sidenote, be aware that if he gets a call from Ohio, he’ll be on the way in no time.

“I actually put it in my contract, it's ‘The Immortal clause,’” Price laughs. “If Matt (Brown) has a fight and he ever needs me, they have to let me have time off to go back. I gotta be loyal all the way through. Matt's done a lot for me.”