There are plenty of fighters in the UFC’s lightweight division who’ve had more MMA bouts than Kiwi Brad Riddell. He’s not worried.

“My career in Muay Thai has given me a calmness,” explains the 28-year-old, who has wins over the likes of famed Aussie kickboxer John Wayne Parr. “It’s a calmness that only comes from spending time in the ring – and I’ve spent so much time in there.”

“I know I’m fighting guys with more MMA experience than me, but in fight experience I’m ahead. I’ve had more total fights than them.”

Riddell dubbed himself “Quake” in homage to his home city of Christchurch, which was devastated by an earthquake in 2011. The disaster destroyed many of the buildings, including Riddell’s place of work, but it was also the catalyst for him moving to Auckland and building a career in combat sports. 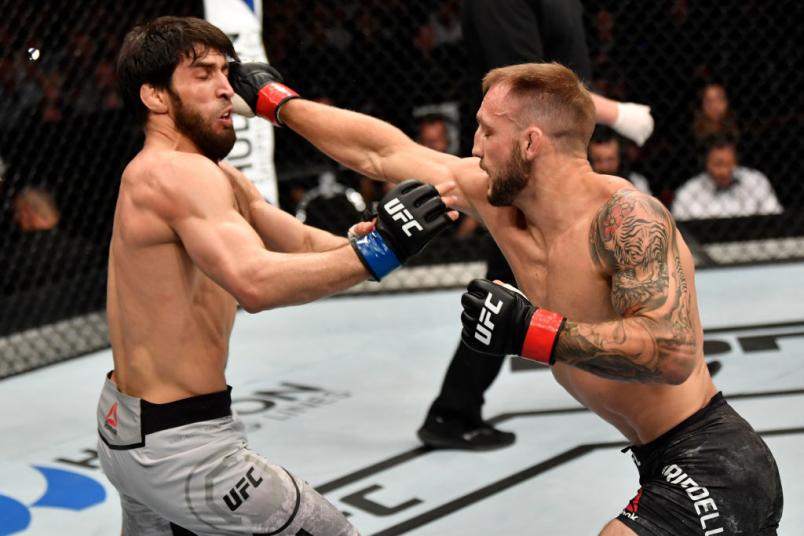 “If it wasn’t for the earthquake, I never would have met my coach, Eugene Bareman,” notes Riddell. “I wouldn’t have become teammates with great guys like Israel Adesanya, Dan Hooker and Kai Kara-France.”

Working a new job in a new city, Riddell threw himself more deeply into Muay Thai, which he’d taken up a few years earlier after giving up rugby. He began by taking local fights, before eventually relocating to Thailand, from where he fought for years on the Asian circuit along with future UFC middleweight champion Israel Adesanya.

He reveals life on the road wasn’t easy.

“For one event in Beijing, we stayed about an hour outside the city, in the countryside. We were in this random hotel where you couldn’t buy bottled water, you had to ask someone to drive miles away to get it. The food was pretty bad as well, making everyone sick in the stomach.” 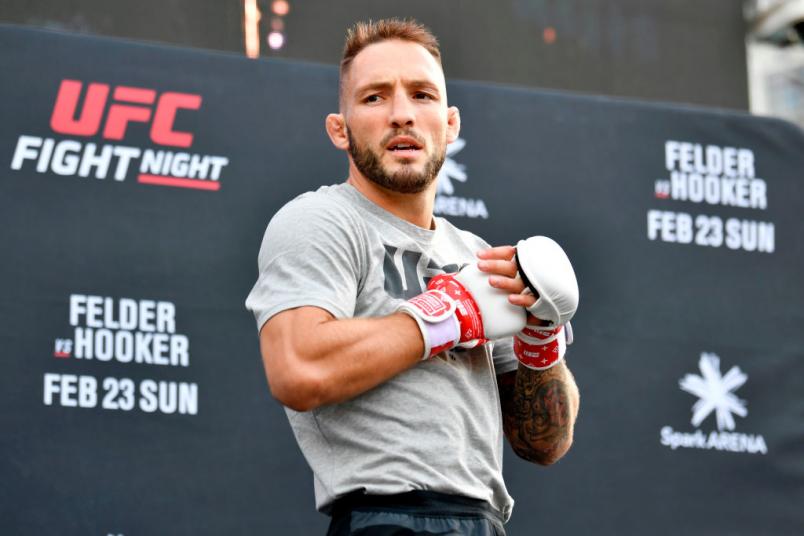 “We used to arrive at stadiums six hours before the show started, just in case. I’d be lying there on the hard floor, trying to snack, waiting. Then I’d wrap my own hands, do some shadowboxing to warm up, and finally go out and fight. You learn how to adapt and survive.”

When head coach of City Kickboxing Eugene Bareman started working with him more closely, the results were immediately apparent. “I realised that I did really well every time I trained with him, as he was teaching me so many new things,” recalls Riddell.

So how did he first end up in an MMA cage?

“I’d flown to Myanmar for a Muay Thai fight, but when I got in there, they told me it was now an MMA fight. I was like, ‘Oh, s**t!’ Anyway, after I moved back to New Zealand a few years later, Eugene said it would be beneficial for my career if I did more MMA. So I did.”

It was good advice. Not only did “Quake” have the potential to do well, he wasn’t getting the same thrill from Muay Thai bouts that he once had.

“I’d had a lot of kickboxing fights, and it’d reached a point where the adrenalin just wasn’t pumping anymore,” he admits. “None of that primal feeling was left. Then, when I switched to MMA, it came flooding back.

“It’s a different experience with the tiny gloves. You get hit with a jab and it’s not the same. I got hit with one last fight and it split my whole eye open – that never happens in Muay Thai!”

While some people doubted the former kickboxer would succeed in the UFC – just as they’d doubted his teammate Adesanya following a similar transition – Riddell’s unbeaten run speaks for itself.

“I’ve had two victories and I’m looking to make it a hat trick at UFC 253,” he declares. “I’m expecting a dangerous opponent in Alex da Silva. He’s young and hungry like me, so keep your eyes peeled for a Fight of the Night. We’re going to bring crazy energy to this scrap. Even talking about it now is getting me hyped up.”

Riddell isn’t travelling to Fight Island in Abu Dhabi alone, either. He’s joined by three other members of the impressive City Kickboxing roster, having gone through an intense preparation together.

“The camp was phenomenal,” states Riddell. “I don’t know if you’ve seen [the anime] Dragon Ball Z, but the characters go into a thing called a Hyperbolic Time Chamber to get better at martial arts. And all they do is stay in there and train, eat and sleep. That’s pretty much what we did with our fight camp.”

As to how this bout will play out, Riddell has some ideas.

“I’m a realist, so I’m not going to predict that I will definitely knock him out. However, I will predict a crazy fight. It could be a crazy fast finish or a crazy war. Either way, you are going to be entertained.”

And is there a chance he’ll chug a beer while exiting the Octagon like he did in his last outing?

“It might be hard to get the alcohol, for a start. But don’t worry, there’ll be plenty of time for beers.”