Talk to veteran flyweight contender Tim Elliott and you’ll quickly realize that he’s a coach’s dream. No ego, just hard work and following instructions for the 35-year-old, who faces Tagir Ulanbekov on this weekend’s UFC 272 card in Las Vegas.

“James is the wizard,” said Elliott of his head coach, James Krause. “He does all the studying. I'm a soldier, I take orders. I want to be that blind soldier; I give him the sticks and he does all the controlling. We're a good team.”

They are, but that coach-fighter relationship isn’t one that just shows up on the proverbial doorstep one day. So yes, there once was a time when Elliott believed he was the best captain of his own ship.

“You really have to find somebody that you can trust to do that,” he said. “I had James Krause, then Robert Follis for a short amount of time and then he passed away, and then it was me trying to run my own camps and I couldn't get a win. Now I'm back to Krause and my last fight wasn't a win, but that wasn't a coaching error or a preparation error; I just made a mistake in the fight and I won't make that mistake again. So it's all looking up from here. I wasn't always that way, but I trust James Krause to the fullest. I know he knows what he's talking about, I know he knows what he's doing, and it's easy for me to sit back and take orders.”

Order UFC 272: Covington vs Masvidal For Any Device!

Removing the bulk of the tape watching and game planning from the equation also allows Elliott to focus on the things that are important - training, staying healthy, and having a life outside of the Glory MMA gym.

“Again, I'm lucky I have Krause because that's exactly right,” he said. “I don't have to put 24 hours of thought into it. I train when I need to train and I let James do all the thinking. And how that guy does it for so many people, I don't know - he must not sleep at night. I get to come home and rest and play with my kid and that dude is working 24 hours a day.” 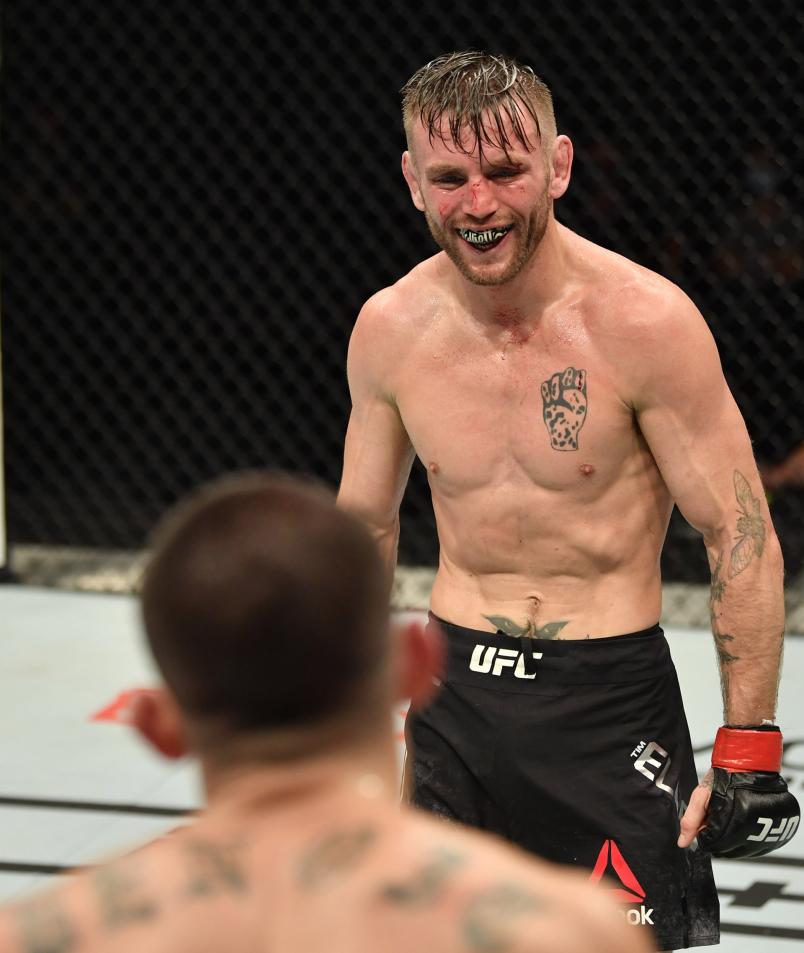 And while Elliott may not be working 24/7, he is putting plenty of long hours in as he prepares for Dagestan’s Ulanbekov, who has won his first two UFC bouts over Bruno Silva and Allan Nascimento, earning himself the No. 15 spot in the flyweight rankings. Elliott currently sits at 13 after a loss to Matheus Nicolau last October snapped a two-fight winning streak. Now he’ll look to return to the win column as he competes in front of an arena crowd for the first time since January 2020.

“That's everything for me,” he said of his bout at T-Mobile Arena. “I've fought in tense and tiny venues forever. I made it into the UFC in 2012 and my dream was to fight in front of thousands of people and hear the noise and really get to feel like what I watched whenever I was younger, and I feel like it brings the best out of me. I haven't had that in a long time, so I'm excited to finally get that back.”

So even after 31 pro fights, the roar of the crowd gets this veteran amped up?

“It really does,” said Elliott. “I live that fight life, so a big part of why I like to do this is that. I like to entertain and I do better in high-pressure situations; I tend to rise to the occasion. My best fights are always against better guys and I have a good opponent and a good venue, we've got a crowd in Vegas and a pay-per-view card, a huge card, so I couldn't be more excited.”

“High pressure,” he laughs. “It's a big fight. I lost my last one and this is huge - this guy is 2-0 in the UFC, so this is a big one, and this is something I feel like I've been missing for two years, and now I get that back. I get that little bit of excitement back with the crowd, and he (Krause) is at his best when the situation is like that, as well, so I think it's gonna be a good weekend.”

If things go as Elliott hopes, that will keep him moving in a division that has been locked at the top thanks to the trilogy between champion Deiveson Figueiredo and former champ Brandon Moreno. You would assume that’s a good thing for Elliott, as he’s got time to work his way into the title picture, but he’s not so sure. 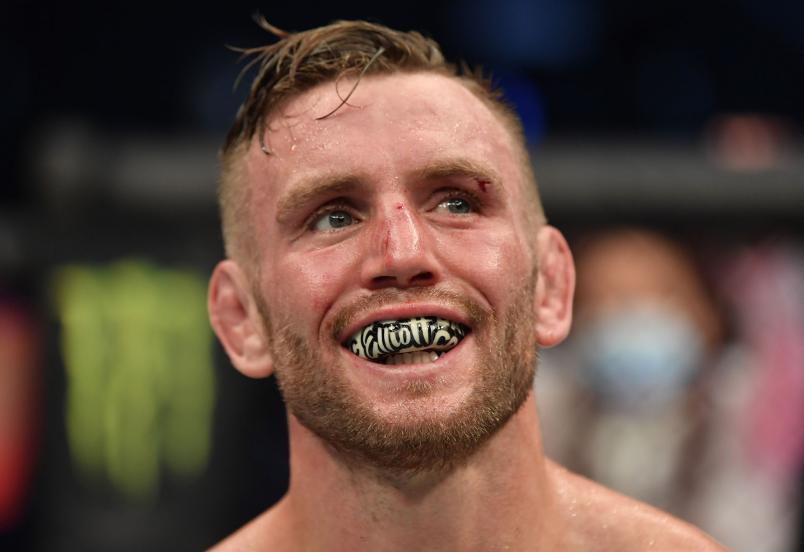 “I would like to say that it helps me, but I don't really know,” he said. “At the end of the day, I want to try to get two or three fights in this year and get two or three wins and make some money, and if I can do that, by that time, everything could be different. That's the thing with this division now - they got rid of all the guys who weren't really good. There's no more guys that aren't capable of being a champion, so any of these guys can do it. Brandon Moreno was the number 16 seed on my season of The Ultimate Fighter, there's three guys in the UFC that were ranked higher than him on the show, and any of those guys could be champ. Kai Kara-France is coming off a big win, there's a lot of guys in this division that can change things here anytime, so it doesn't really hold up the division - those are two of the best guys, the fights are exciting, everybody loves to watch them, why not let them fight again and figure it out.”

But the question is, is Tim Elliott one of those fighters capable of being champion?

“I would like to think I still have a chance, but again, this is one of those sports where it's a young man's game and I'm getting older, but man, I honestly feel like my Fight IQ is getting better and my technical skills and my striking are taking a turn right now,” he said. “So I don't see any reason why not. I'm training different now, I'm getting good physical therapy in and I feel better and smarter than I ever have. There's a lot of guys in this division I can beat.”