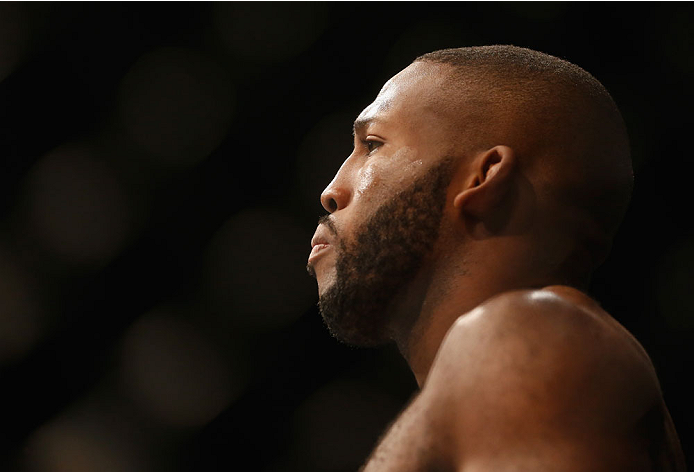 Three fights, three losses, the last of which was the worst of John Howard’s career. And his first-round TKO defeat at the hands of Lorenz Larkin in January of 2015 came in his hometown of Boston, no less. So as he stepped into the Octagon to meet Cathal Pendred in July, “Doomsday” had his back against the wall.

“A little bit,” he said. “The pressure was definitely on me, having three losses in a row.”

Howard isn’t one to go quietly into the night though. Three defeats to Jake Ellenberger, Thiago Alves and Matt Brown in 2010-11 got him cut from the UFC, but wins in six of his next seven bouts earned him another stint in the promotion. And who could forget his 2009 fight with Dennis Hallman, when Doomsday” beat “Superman” with five ticks left on the clock in a match he was about to lose on the scorecards?

“The funny part is, it actually ended like the Doomsday-Superman story,” Howard said. “Dennis Hallman was winning the whole fight. He took my back, he was outgrappling me and in the last five seconds I knocked him out. It was crazy.”

Coming back from this losing streak needed to be an even more impressive feat, but with the world watching the UFC 189 card in Las Vegas, he pulled it off, giving his career a jolt of new life with a split decision victory over Pendred. Now he could exhale.

“I'm just really happy I got the win, but you know what I discovered?” Howard asks. “The reason why my career's been up and down and why I'm losing to people I should never have lost to, I think it was because of my camp. I never had a pro top-tier camp. Sityodtong and Mark DellaGrotte have a high-level camp, and it's been amazing. You can see the difference in the professionalism and the way they train people. The stuff I'm doing, I'm a way better athlete now.”

He also has peace of mind. A longtime member of the Wai Kru team in New England, Howard got to the big show with that squad and intended to stick with them even though he felt he was stagnating as a fighter.

“It was very difficult,” he said. “The reason I never changed camps was because I'm a loyal guy and I believe in loyalty.”

Personal issues ultimately led to the split and brought Howard to DellaGrotte, one of the most respected coaches in the game.

“It led me to a better school, so it was probably the greatest thing for my career that it happened,” Howard said. “It's very nice to train with other UFC fighters. I'm training with high level strikers and high level coaches and I never had that before. I've got a strength and conditioning coach now, I've got a MMA coach, and there's so much that Sityodtong offers that I used to have to do on my own, and I don't have to anymore.”

There were glimpses of DellaGrotte’s influence on Howard in the Pendred fight, but the 32-year-old plans on showing even more Thursday night when he meets up with Tim Means in the UFC Fight Night card at The Chelsea at The Cosmopolitan Las Vegas.

“I'm very excited, and the reason why is because Tim Means is a real good Thai striker, and me being a Thai fighter, it makes for a good fight,” he said. “I love seeing a fight where two strikers are gonna bang. I know he comes forward, I do too, so it's gonna be a gunfight as soon as we get into the cage. I'm excited and I love being in fights like this because they either get you knockout bonuses or Fight of the Night bonuses.”

And with three daughters and Christmas approaching, Howard would certainly find some good uses for a performance bonus. But whether he gets one or not, the New Englander sounds excited about fighting again, and the way he’s talking, he’s going to be sticking around for a while.

“He (DellaGrotte) has me moving better, he has my cardio better, and the scary part is, this is only my second fight with him,” Howard said. “So I can't imagine what he's going to do in the future. And even though I'm 32, I still feel like I'm in my prime. I think being with him is a game-changer. I'm still learning, and as the game grows, I'll grow with it. I'm still a student. I still walk through the sport as a white belt. If I see something new, I'm always asking questions. That's why I feel I still have longevity to stay in the game.”