Dongi Yang: A Good Time for a UFC Return 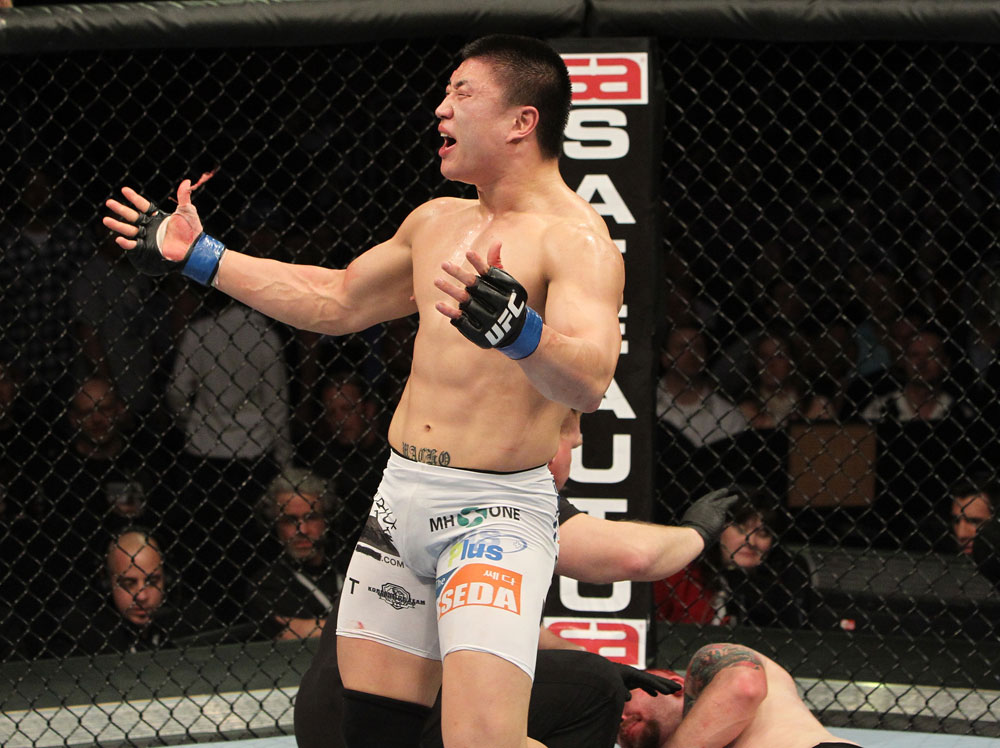 As one of the first wave of Korean fighters to make their mark in the UFC, Dongi Yang could conceivably be seen as a pioneer of the sport in his country. Just don’t expect the Seoul native to talk about such matters.

“I don't really think about things like this,” Yang said, opting instead to focus on his second stint in the Octagon, which begins Saturday in his hometown when he faces Jake Collier. It’s been more than three years since his last UFC bout against Brad Tavares in May of 2012, and “The Ox” couldn’t be happier about his return.

“I feel great,” he said. “This is truly an honor. I felt as though if I kept winning I could fight in the best organization in the world again.”

Owner of a 9-0 record when he began fighting for the UFC in 2010, he left it with a 10-3 record, stopping Rob Kimmons but losing to Chris Camozzi, Court McGee and Brad Tavares. Yang wasn’t blown out in any of the fights, and he proved his toughness, but after two knockout wins over Jae Young Kim and Dennis Hallman outside of the UFC, he feels he’s a different fighter than he was the first time around.

“I feel as though my skill level was not as high as the rest of the fighters in my division at that time,” Yang said. “I am mentally stronger now than I was before. I also have more experience and I have improved technically as a fighter.”

And while six of his 15 pro fights have taken place at home, including the last two, competing in Seoul as a UFC fighter in the promotion’s first event there is a whole other story, especially for someone who has competing since the early days of the sport in his country. Today, MMA is no longer an outlaw sport with varying degrees of fighter talent, something that will be evident this weekend.

“The skill level of fighters from then to now has improved drastically and the popularity of the sport has greatly increased,” said the 30-year-old Yang, who, despite his own talents, isn’t ready to start talking about his place in the 185-pound weight class.

“I feel as though I am at the bottom of the middleweight division,” he said. “I have no thoughts about the division.”

Don’t take that as a lack of confidence though. “The Ox” is planning on a triumphant return and a big 2016 campaign.

“They will see the best Dongi ever,” he said of his plans for next year.  “I want to show how much I've improved and what I'm capable of.  I hope to make myself known as a top level fighter, not just in Asia, but in the best middleweight division in the world.”