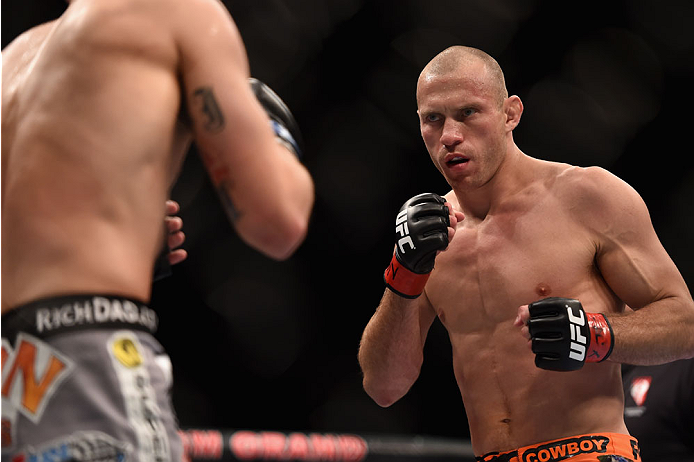 Donald Cerrone is determined to leave his mark on the sport of MMA as a fighter who was willing to fight anyone, anytime and anywhere. With “Cowboy” being one of the best lightweights in the world and competing at the highest level of the game, being willing to throw down at every turn is a tall task to live up to.

As it turns out, Cerrone is absolutely serious in his belief in that mentality. And he has once again proven that he’ll rise to every opportunity he’s given.

Three days after his unanimous decision victory over the previously undefeated Myles Jury at UFC 182, the 31-year-old Albuquerque transplant stepped up to replace an injured Eddie Alvarez to face former champion Benson Henderson at Fight Night: McGregor vs. Siver on January 18 in Boston. Suddenly, where the hard-charging lightweight should be enjoying the fruits of a job well done, Cerrone was now 13 days away from facing the former lightweight title holder on the other side of the country.

Furthermore, the Colorado native is putting his six-fight winning streak on the line against a man who has already defeated him on two previous occasions. Cerrone and Henderson clashed in a pair of memorable tilts under the WEC banner - with their first meeting winning Fight of the Year honors in 2009. While the Jackson-Winkeljohn fighter would meet a quick end in the second bout, his history against Henderson had nothing to do with his decision to take the fight in Boston. 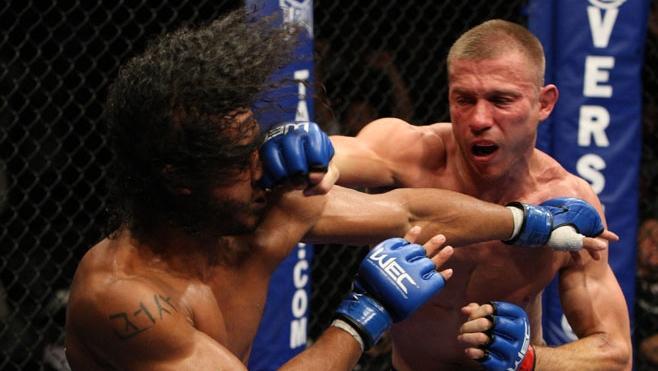 Few fighters - if any - would take a bout against one of the divisional elite, but Cerrone simply isn’t like most fighters. He’s truly one of a kind and he’s coming to Massachusetts with one thing on his mind and it’s not revenge. Cerrone is determined to cement his legacy as a fighter who was willing to get after it wherever possible, and his upcoming dust-up with Henderson is that next big platform.

When you are Donald Cerrone there is no time to think about any bigger picture than the next target directly up ahead. The only thing to think about is fighting. And with that challenge coming less than two weeks out from him signing the contract, the only thing he can focus on is making sure he’s ready to throw down when the Octagon door closes.

“Ben [Henderson] is one of the best out there. He’s held the title and he’s still at the top of the game. It’s not like I’m taking a filler fight against some bottom 25 guy. He’s one of the top guys and I know that going into it. I’m super-excited.”

Since coming over from the WEC in 2011, Cerrone has been one of the most prolific fighters on the UFC roster. In a little more than three years, the Colorado native has notched 16 appearances inside the Octagon over that stretch. Those are incredible numbers for a fighter to log and he’s done so by keeping his levels of communication with UFC President Dana White and matchmaker Joe Silva bordering between frequent and harassment.

In fact, Cerrone has developed a new method to his madness where he will not leave Las Vegas until the UFC books him another fight. While that process didn’t go as smoothly as it had in other journeys to the fight capital of the world, it still ultimately worked out in his favor.

“I just show up on Dana’s doorstep and scream and cry until I get my next fight,” Cerrone explained. “That’s the process. I didn’t get to talk to Dana this time because he was under the weather, so I talked to (UFC CEO and Chairman) Lorenzo (Fertitta) and it was one of those, ‘We’ll let you know in a couple days,’ kind of answers. I had no idea Alvarez was injured or that Henderson was even an option. I was halfway home driving the RV when Dana called and said, ‘I don’t really want you to take this fight, but I have an opportunity for you so here you go.’ 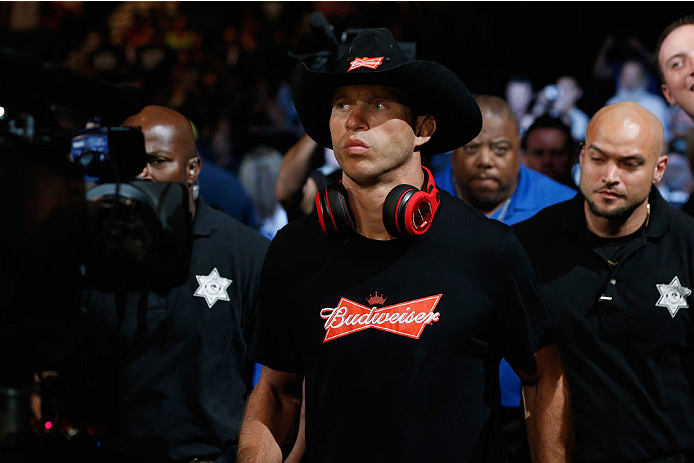 “He thought I should take time off but wasn’t going to tell me to take time off. He was talking to me as a friend. I told him thanks and I’ll take the fight. It was that quick. The opponent never matters. I just need a who.”

In addition to his wild methods of obtaining fights and his notorious love for action-packed adventure outside the Octagon, Cerrone is also legendary for not studying his opponent leading up to the fight. In his mind, that’s what coaches and trainers are for, as he relies on them to study the challenge ahead and prepare him for what he will face under the bright lights on fight night.

That said, Henderson is a different story. The former WEC champion and title challenger are friends in their personal lives and have spent plenty of time locked inside a cage with one another. Nevertheless, Cerrone believes he’s become a much different fighter in the five years that have passed since their last meeting, and feels this is his time to make a run at the 155-pound crown.

He’s choked, kicked and punched his way through the last six opponents he’s faced, and Cerrone doesn’t plan on slowing down his run when he faces Henderson this Sunday.
“Most fights I can honestly say I know next to nothing about my opponent,” Cerrone said. “I know a lot about Benson. He’s a good friend of mine and those fights were years ago. What do I take away from those? I don’t know. I take the losses that I have to him. I wouldn’t take this fight if I wasn’t, for one, a s**t bag loon, and two, if I didn’t think I could beat Ben. I’m excited and confident, and I plan on going out there on Sunday night and whipping the s**t out of him. That’s how I feel overall.”