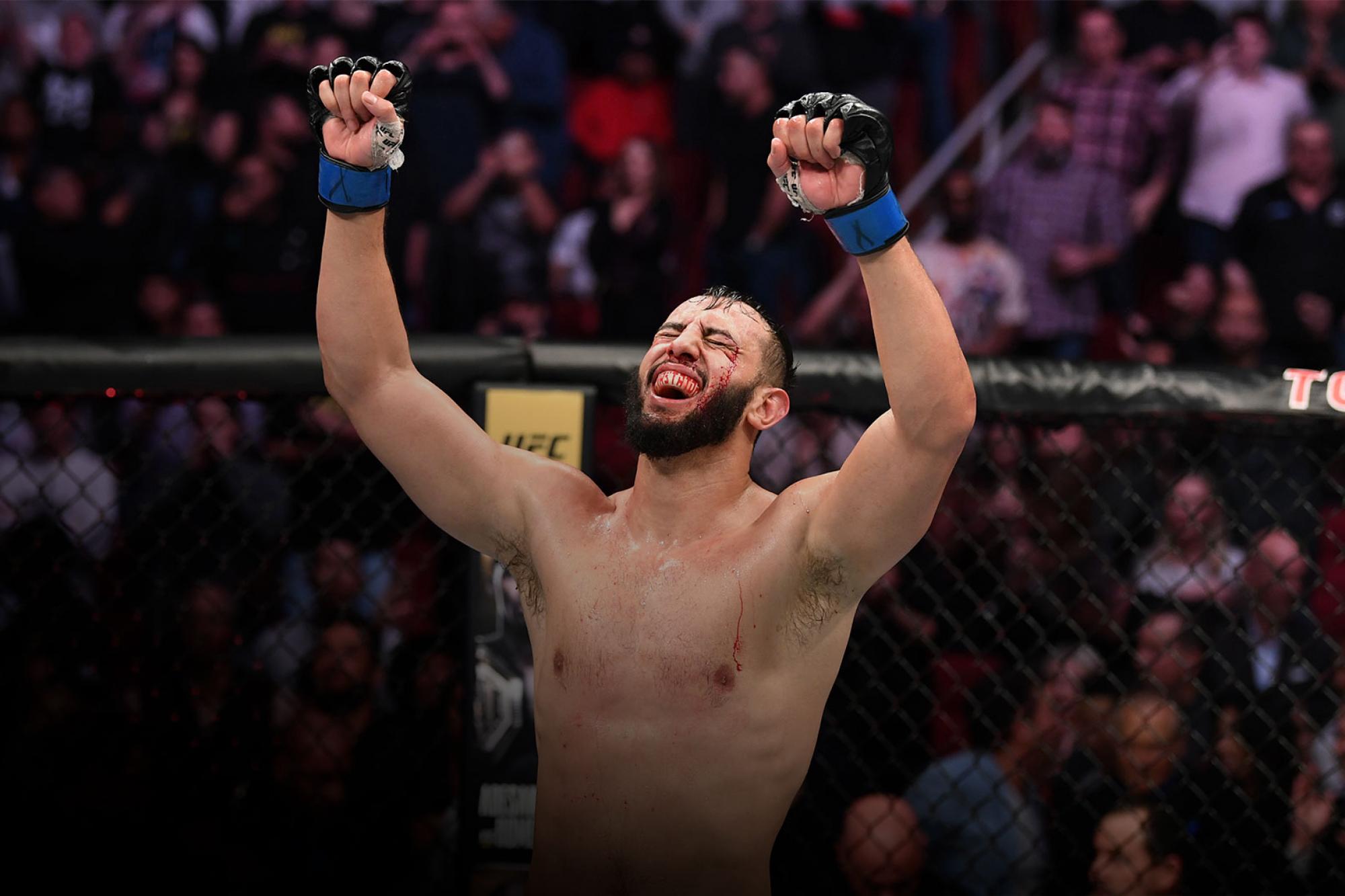 After his five-round war with legend Jon Jones, Dominick Reyes believes his game is on a whole new level ahead of his title fight against Jan Blachowicz at UFC 253
By Thomas Gerbasi, on Twitter: @TGerbasi • Sep. 23, 2020

“The Devastator” was devastated. After 25 minutes in the Octagon with Jon Jones, Dominick Reyes wasn’t the only one who believed he had dethroned the UFC light heavyweight champ, one of the greatest fighters to ever strap on the gloves.

“It all went exactly how I thought it was gonna go,” said Reyes, seven-plus months taking a bit of the sting out of the defeat. “It went even better because I did it over the course of a fight instead of just knocking him out early.”

Looking back, Reyes would have taken that early knockout.

“Oh yeah, absolutely,” he laughs. And as much as getting thisclose to a world title and falling short hurt, Reyes took it as part of the game and moved on. I ask the 30-year-old Californian if the 20-year-old version of himself would be so graceful.

“I don't know if young Dom could handle it like this,” he laughs. “But old Dom is a little more seasoned and he understands how things work a little more. I'm happy with what I got and what's going on with my life, so I'm just looking to etch my name in stone in the record books.”

On Saturday, he has his chance when he faces Jan Blachowicz for the 205-pound title vacated by Jones. It was the natural next step for Reyes, who couldn’t see himself following up his last fight with anything but another title fight.

“Yeah, absolutely,” he said. “It had to be a title fight. I'm in a whole new bracket, I'm a whole new level of fighter now. It's hard to fight Joe Schmoe after that.”

As good as Reyes was in going 12-0 with UFC victories over Jared Cannonier, Ovince Saint Preux, Volkan Oezdemir and Chris Weidman, he was still an underdog entering the UFC 247 main event. But his five-round effort against “Bones” showed that he was for real and a young man about to take that leap to the star level of the game. It was a job well done and a satisfying byproduct of the fight for Reyes.

“It's really cool and definitely an honor to be recognized for my skills and my craft and my lifetime of work,” said Reyes, who now gets to solidify himself as the best 205-pounder in the world with a win over Blachowicz. Some have called this Reyes’ first title defense. What does he say?

That’s the mental game leading up to the UFC 253 co-main event. Reyes can go in as a fighter confident that he’s already the champ or have the mindset that he’s still a hungry challenger trying to seize the gold. Either way, what happens on Saturday will go a long way in helping him put February far in the rear-view mirror.

“At the end of the day, I can only control what I can control,” he admits. “I put my heart and soul into that fight (with Jones). I feel I won; I know Jon in his heart knows I won. But the judges didn't see it that way and there's nothing I can do about it. I'm actually very fortunate to be able to come back and fight for the title again as the number one contender. A lot of people see it as a title defense. So I'm just out here getting what's mine. I've worked really hard for this and I just want that belt. That's all I want.”

Does it matter that if he gets what he wants that it’s not from Jones?

“Nah,” Reyes said. “It is what it is. If that's meant to be, it will come back around and it will happen.”

In the meantime, it’s all about beating Jan Blachowicz and leaving Fight Island as a champion.