In a restructuring of the card in the wake of the new main event, John Dodson’s return to the bantamweight division vs Manny Gamburyan is now the Featured Bout on the FIGHT PASS Early Prelims on April 16, as UFC FIGHT NIGHT emanates from Tampa, Florida. 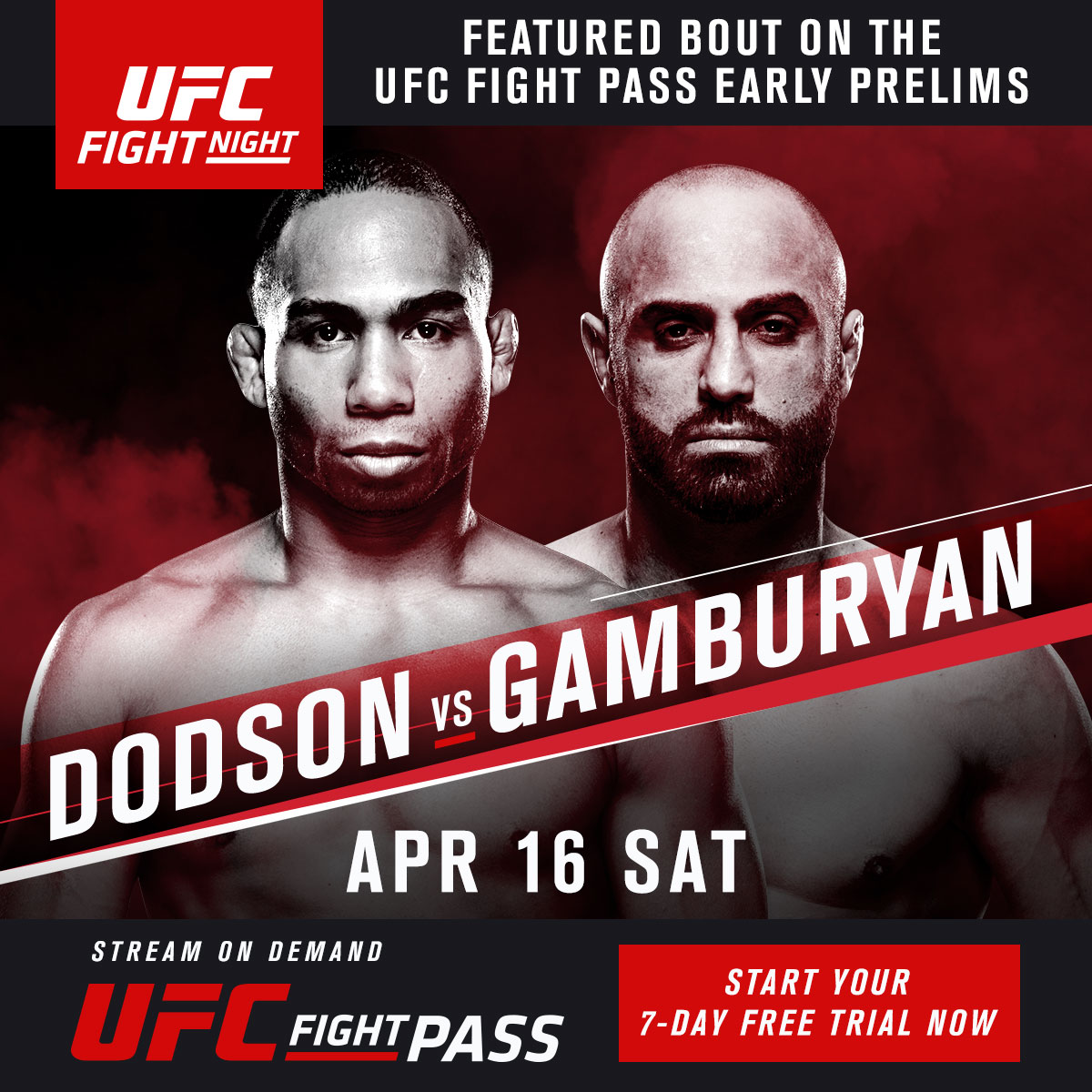 Dodson twice challenged pound-for-pounder Demetrious Johnson for UFC flyweight gold and, now, returns to the 135lbs division where he stormed his way to winning The Ultimate Fighter Season 11 five years ago.

Former WEC featherweight title challenger Gamburyan, though, has already established himself in the UFC bantamweight division, beating Cody Gibson and Scott Jorgensen since debuting at bantamweight.

The Bethe Correia vs Raquel Pennington bout previously scheduled to take place on the FIGHT PASS Prelims will now be part of the FOX Prelims, which begin at 6/3pm ET/PT.