Dodger Montano: Fighting for Self and Country

"I know that I have a commitment to the Mexican fans, and this is a special moment for me, for Mexican MMA, and for the fans, especially the young ones." - Augusto "Dodger" Montano 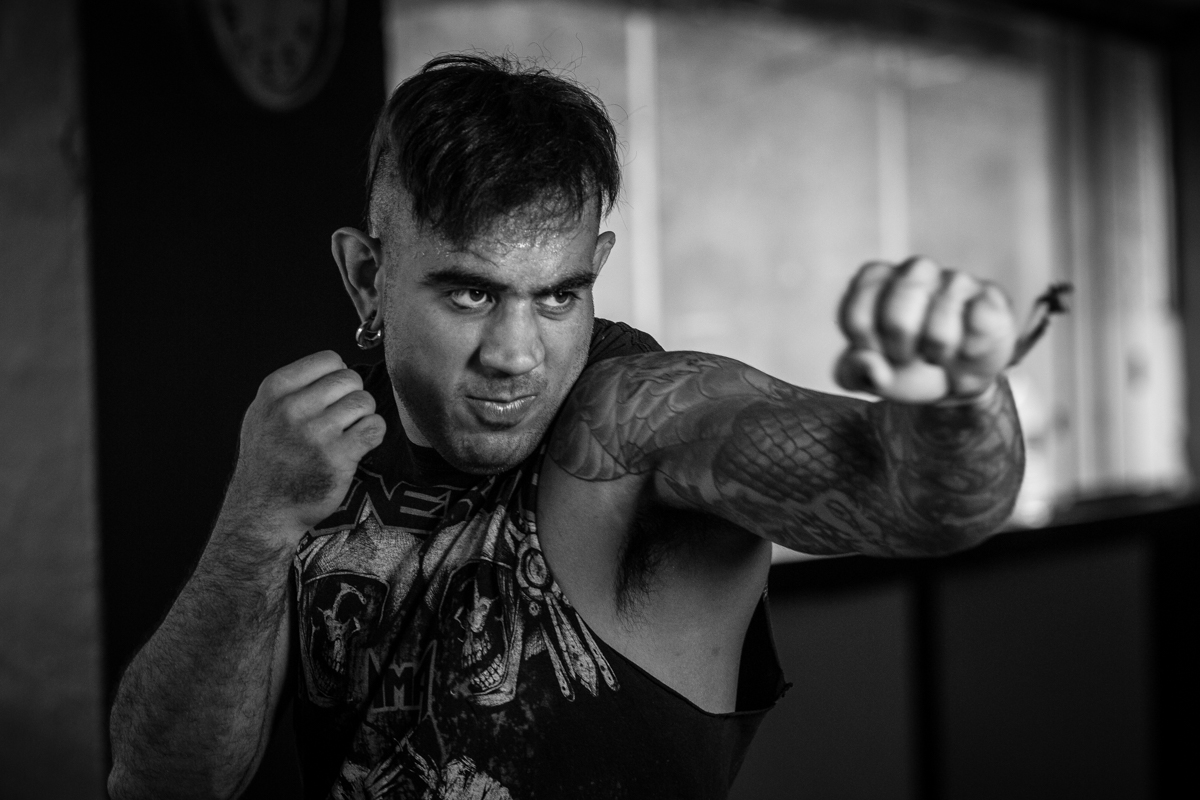 Fighting is a rough business. Some would say it’s even rougher for those outside the ring or Octagon, those who care for the man with the gloves on, the one putting everything on the line for 15 or 25 minutes that often seems like an eternity.

So it’s always interesting to find out what the reaction of a fighter’s family is to the chosen vocation of their son, brother, nephew, or cousin, specifically that moment when they heard the news of that first fight.

“The truth is I never told them,” Augusto “Dodger” Montano said through a translator. “I was separated from them and making my life individually, and over time my actions were reflected in results, and they realized it was something positive and constructive. So they never had time to say anything.”

In other words, by the time they found out, it was too late. Montano was a fighter, and he was off and running to the top. This Saturday, the 30-year-old welterweight reaches the pinnacle of his career thus far, as he steps into the UFC Octagon for the first time – and in his hometown of Mexico City no less – to face Chris Heatherly.

“Any rival represents a lot of difficulties but I have been fighting and training hard to achieve this,” Montano said of the fight. “To me, it represents a challenge in my career, to make a statement in my first UFC fight.”

And just making it to the UFC isn’t merely enough.

“I always knew that I was meant to be here,” he said, and his efforts in a career that began in 2008 back up such confidence. Winner of 13 of his 14 pro fights, Montano has finished each of his victories, 11 in the first round, with his only loss coming in November of 2011 to current UFC middleweight Sam Alvey.

With a resume like that, you can almost guarantee excitement, and given that one of his heroes is boxing legend Ruben Olivares, Montano’s philosophy is clear: he will try to get you before you get him. So why “El Puas” and not some of the more typical idols like Julio Cesar Chavez, Erik Morales, or Salvador Sanchez?

“Woooow,” he laughs. “He (Olivares) is the master of destruction and also a great example. Because he is part of the underground and the rock music, he was a young man whom I identify with.”

In addition to fighting, Montano is a tattoo artist and popular figure in his home city, and while this weekend’s UFC 180 card is filled with Mexican and Mexican-American fighters, Montano may be the one getting the biggest cheers, as he’s a home grown fighter who has made it to the big show while staying close to his roots. Having that kind of impact is a big responsibility, one he takes seriously.

“It makes me feel good and committed at the same time because this is part of a process and cycle,” he said. “I have tried to be a better person, a smart one, to show all those young boys that MMA is a real and viable route.”

It wasn’t always that way for Mexican competitors on a fight scene that could be chaotic at times. But with the backing of his tight-knit team, The Bonebreakers, he fought through adversity and made it to the big show.

“My team, The Bonebreakers, my professor Raul Senk, my brother, all of them make me a better person, a better fighter,” he said. “The fact that I know that I can count on them, that I have a team behind me, just makes me a better man.”

Now all that’s left is fight night, and this isn’t just any fight night for Montano. The way he sees it, this is history and the start of something bigger than him or any individual fighter.

“It means the arrival of a new era, the entrance through the front door of MMA, and the growth of all the people involved: gyms, fighters, schools, sponsoring brands,” he said. “It means an explosion and the dawn of a new era for MMA in the country.”

But what about for him, personally?

“I feel great,” he said. “I know that I have a commitment to the Mexican fans, and this is a special moment for me, for Mexican MMA, and for the fans, especially the young ones.  (On Saturday) You can expect a worthy representative of the sport and I will put all my desire, experience and heart inside the Octagon.”