Do or Die for "Mayhem" Miller

"The best thing that ever happened to me is me getting beat up by Michael Bisping because I’ve approached my entire career in a completely different light." - Jason "Mayhem" Miller 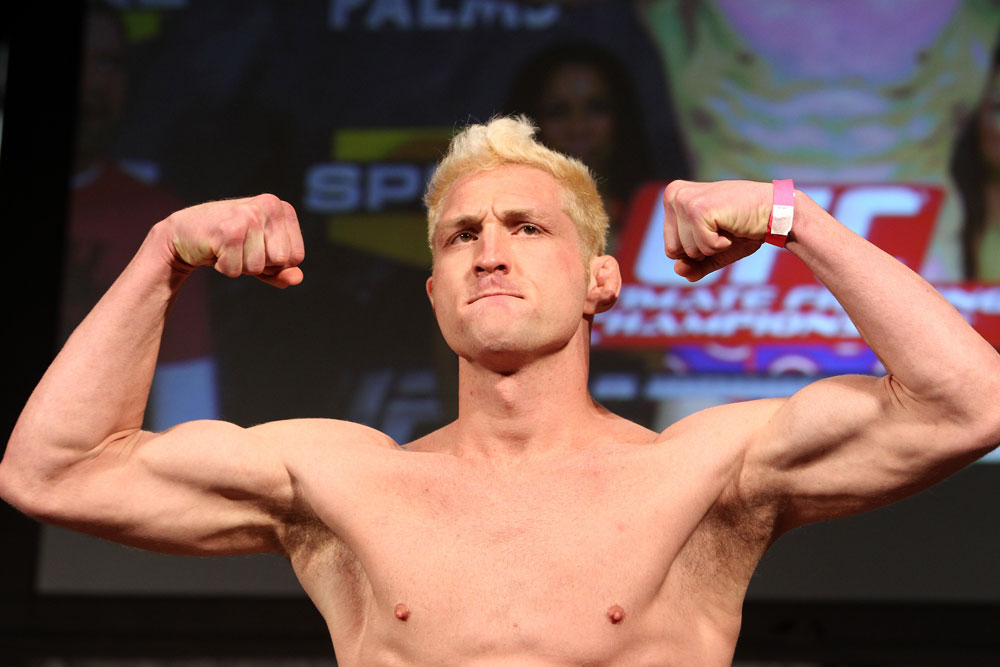 The man known to many simply as “Mayhem” is at a crossroads in his career.

Expected to enter the UFC opposite veteran Aaron Simpson at UFC 132 last July, Jason Miller was instead handed the opportunity of a lifetime: a chance to coach Season 14 of The Ultimate Fighter opposite former TUF winner and top five contender Michael “The Count” Bisping.

Rather than having to work his way up from the middle of the pack in the 185-pound ranks, Miller was being given a shot at jumping to the head of the line. After more than three months of televised bickering between the two, fight night arrived, and the highlight of “Mayhem’s” performance was his entertaining walk to the cage.

Bisping dominated Miller, earning a stoppage win just past the midway point of the third round. Though it was the 44th fight of his career, Miller looked like a newcomer inside the cage, throwing awkward strikes, and fatiguing quickly.

The criticism came fast and furious, and from every direction, including the top of the UFC. Dana White openly pondered whether or not to keep Miller on the roster, and called the contest one of the most lopsided fights he’s ever seen. While many have pressed him for an explanation, the verbose 31-year-old veteran has refrained from saying much — if anything — about his performance.

“Nobody cares about your excuses,” blurts out Miller before the question is completed, knowing it will end at his decision not to discuss his December outing against Bisping. “The point is get in there and do it right, you know? I threw that fight away, and it was my fault. I’m not going to cry about it — I’m going to look forward, and win the fight on the 26th.”

After serving as one half of a highly anticipated main event in his UFC debut, Miller is back in the middle of the pack for his second outing, aligned with former Ultimate Fighter finalist C.B. Dollaway on the preliminary portion of UFC 146, the company’s annual Memorial Day weekend event.

Miller has no problem with the flood of criticism that flowed following the Bisping debacle, and not only did he completely understand White’s reaction to his performance, the former “Bully Beatdown” host has told the UFC President that if he offers up a similar showing against Dollaway, he’s calling it a career.

“Everybody likes to kick a guy when he’s down, but I don’t give a damn,” says Miller of the critical response to his performance from fans and media. “If I’m man enough to stand in front of my mom and the rest of the world and get my ass kicked, I think I’m strong enough to take some criticism from a guy who never laced on some gloves.

“I told (Dana) if I put on a show like that again, I’m quitting,” Miller says flatly. “That was ridiculous. That wasn’t me out there; that wasn’t me. I threw that fight away, and so it’s up to me to go ahead and really make a statement on the 26th. The best thing that ever happened to me is me getting beat up by Michael Bisping because I’ve approached my entire career in a completely different light.”

Like Miller, Dollaway will enter the Octagon with his back against the wall. After earning five wins in his first six post-TUF appearances, the 28-year-old Arizona native has dropped back-to-back contests, getting stopped by Miller’s teammate Munoz last March before falling to Jared Hamman last summer.

Though Dollaway has a 5-0 edge in UFC wins and five times as many appearances in the Octagon, Miller is thoroughly unimpressed with what his opponent has accomplished to date, and sees himself staving off early retirement with relative ease.

“There’s a stark contrast between me and him. You can see that I’m mentally tough, and I’m a bit of a masochist, so I’ll take the abuse, and go through it. When the going gets tough, this guy quits, and I’m gonna make him quit.

“I shredded the fat out of my training camp,” Miller continues, explaining why things will be different this time around. “I was getting hung up on gimmicks, and having too many people crowded into my training camp. The good thing about losing a fight is that you lose a lot of quote-unquote friends. I got rid of the people who weren’t doing anything for me, and now I’ve focused on the core group of training partners who are going to make me successful.”

While the sarcasm and snark are ever-present, Miller’s brusque tone speaks volumes as well. Even if he sounds like he’s joking most the time, he’s acutely aware of how pivotal this fight is for his career.

With the loser of this fight possibly receiving a handshake and best wishes in their future endeavors, Miller knows nothing else matters other than coming away with the victory, including where this bout is in the lineup on fight night.

“I don’t give a damn (where I’m at on the card). When I’m inside the cage, I finally get to have fun. All the stupidness is over — all the cutting weight, every day going to practice, not eating what I want to eat, not drinking what I want to drink, you know what I mean? All the suffering is over. That’s supposed to be the performance part, so I don’t care where it is on the card. I don’t care if I’m fighting him in the back parking lot, Structure C; I’m going to fight just as hard.

“I’m going to knock his fart-face off, and I’m going to send him packing. There’s no way around it.”