DJ knows each fight gets bigger, as he preps for 12th straight defense 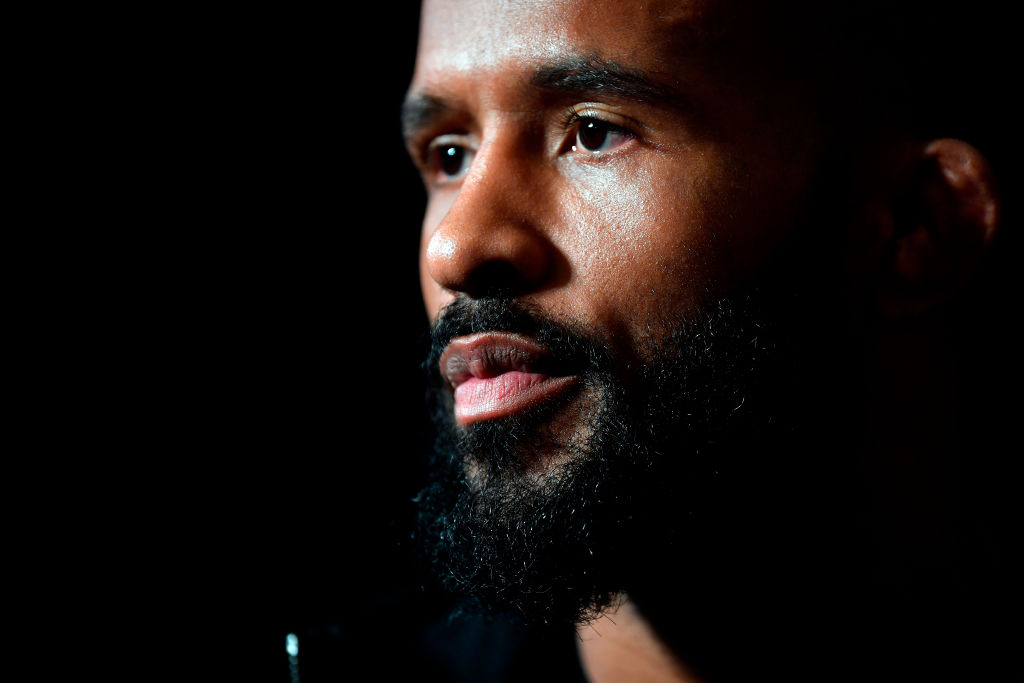 Demetrious Johnson doesn’t mind a second go-round with Henry Cejudo this weekend in Los Angeles. The way he sees it, it’s the price one pays for success.

“Rematches are gonna happen when you’re a dominant champion,” said the UFC’s first and only flyweight champion, 11 record-setting title defenses into a reign that began in 2012.

And why wouldn’t he welcome a rematch with the 2008 U.S. Olympic gold medal-winning wrestler, considering he stopped him in less than three minutes the first time around in April 2016? History has shown that “Mighty Mouse” is not kind to those he fights a second time.

So if we’re looking at the odds, they don’t favor Cejudo, especially with Johnson chasing even bigger numbers for his place in the history books.

“Every single fight is bigger,” said Johnson. “There are a lot of champions that come and they’ll get the belt, defend it two times and lose. I’ve defended the belt 11 consecutive times in my flyweight division and no one has done that in any other division. So it’s always a big fight, this one is going for 12 and it’s a rematch against a great opponent, the number one contender in the flyweight division, and I’m focused on going out there and putting him away.”

From some, that’s just what you say before a fight, but Johnson has delivered on his words each and every time, and it’s that consistency – not just on fight night but outside the Octagon, that has many calling him the greatest MMA fighter of all-time. So no, nothing has changed for him from the first Cejudo fight until now.

“Training camp has changed very little,” said the longtime student of Matt Hume and Brad Kertson. “Martial arts is about becoming the best martial artist you can be, then going out there and executing your game plan and showing the skills you learned in the gym to take on anybody who you fight. That’s never changed.

“I think the environment here works for me because I’m a good learner and a good student,” Johnson continues. “I grew up here, I’m comfortable here, I have my family here and when I’m in the gym, I’m training. That’s something special to me.”

If you get the impression that the 31-year-old from Parkland, Washington hasn’t changed a bit over the years, that’s accurate. He still loves his video games, embraces his family time outside the gym and when it’s time to put the gloves on and the mouthpiece in, he gets down to business immediately. Just like always.

“I was a guy who worked at a warehouse and one thing led to another and I exceeded my expectations,” said Johnson. “I’m always grateful, and obviously I’m gonna keep working hard and keep on setting new records. But I always tell myself when I’m in the gym that we train like we’re broke. We’re training like we ain’t got no money in the bank and like we’ve got to put food on the table for the children. And that’s always been my mindset. It’s been working out for me.”
DJ AND CEJUDO INTERACT ON EPISODE 3 OF EMEBEDDED

That’s an understatement. And if you want to know how good he is, just look back at what he did to the then-unbeaten Cejudo the first time they met.

“It was just another fight,” Johnson said. “He got me down on the ground, I got back up and got him in a Muay Thai clinch and ended up hurting him to the liver, and I finished him.”

It just took two minutes and 49 seconds. And Johnson has done that to a lot of world-class fighters who might be champion if he wasn’t around. But he is, and he’s not going anywhere. That’s bad news for everybody at 125 pounds, including Henry Cejudo.