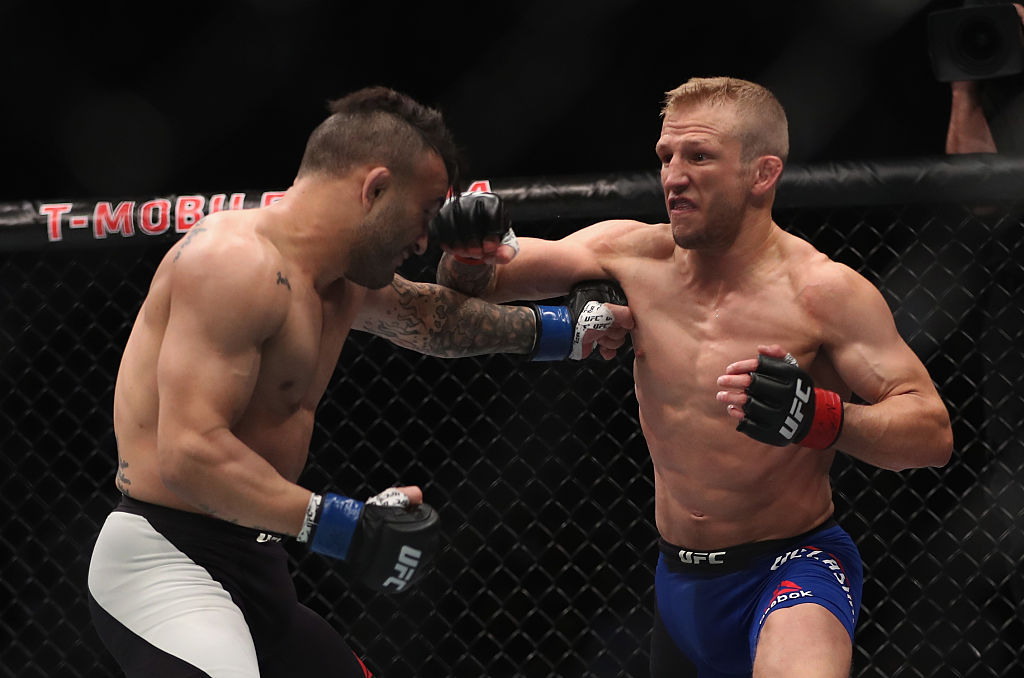 Looking extremely loose and confident, Dillashaw had a dominant first round, with his kicks leading the way as he kept Lineker from getting too close. Throwing in a takedown for good measure, Dillashaw didn’t get into any heated exchanges with the Brazilian until late in the first round, and he emerged unscathed.

Dillashaw kicked off the second with a takedown, almost to prove that he could do it whenever he wanted to. And once standing, the kicks continued until he landed the next takedown. This time on the mat, Dillashaw fired off ground strikes, with Lineker unable to keep up with the former champ, who was running away with the fight.

The third was another clinic for Dillashaw both on the feet and the mat, and while Lineker landed some hard body shots in the closing minute, it was simply too little too late. 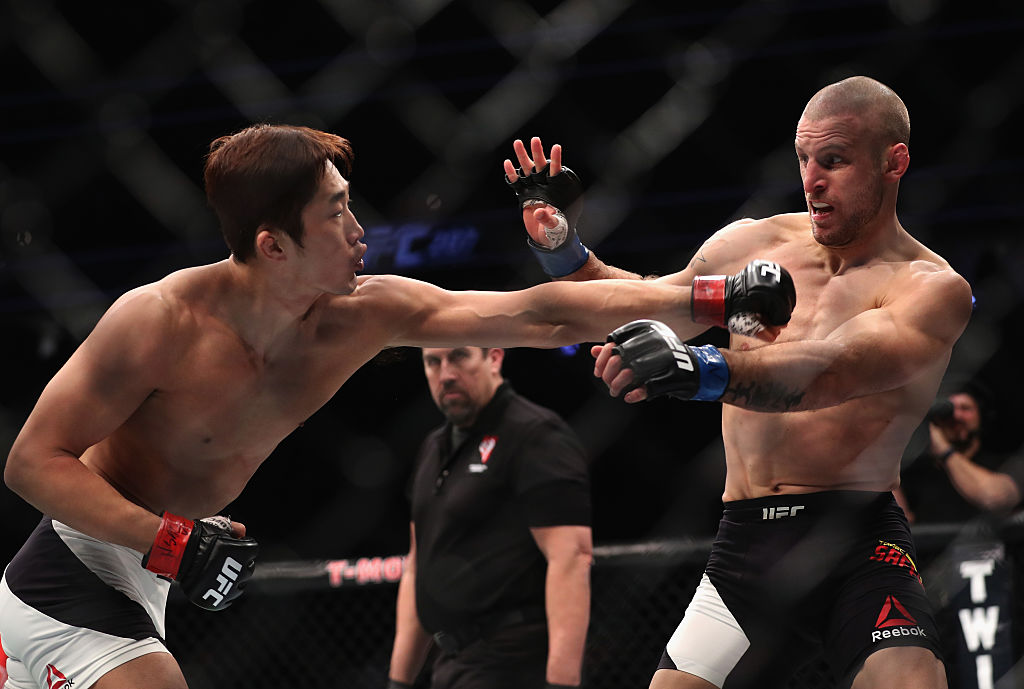 The opening round went back and forth throughout, Kim playing the role of aggressor, while Saffiedine calmly attempted to use that aggression against his foe, with two trips to the mat prime examples of this.

There was a similar pattern to the action in the second, with Saffiedine coolly counterstriking as the aggressive Kim moved forward. The lack of consistent offense had the crowd booing at the end of the frame, but as the final round opened, both exchanged furiously for a spell. After that burst of energy, the two settled into a familiar pace, which didn’t thrill the fans in the slightest. 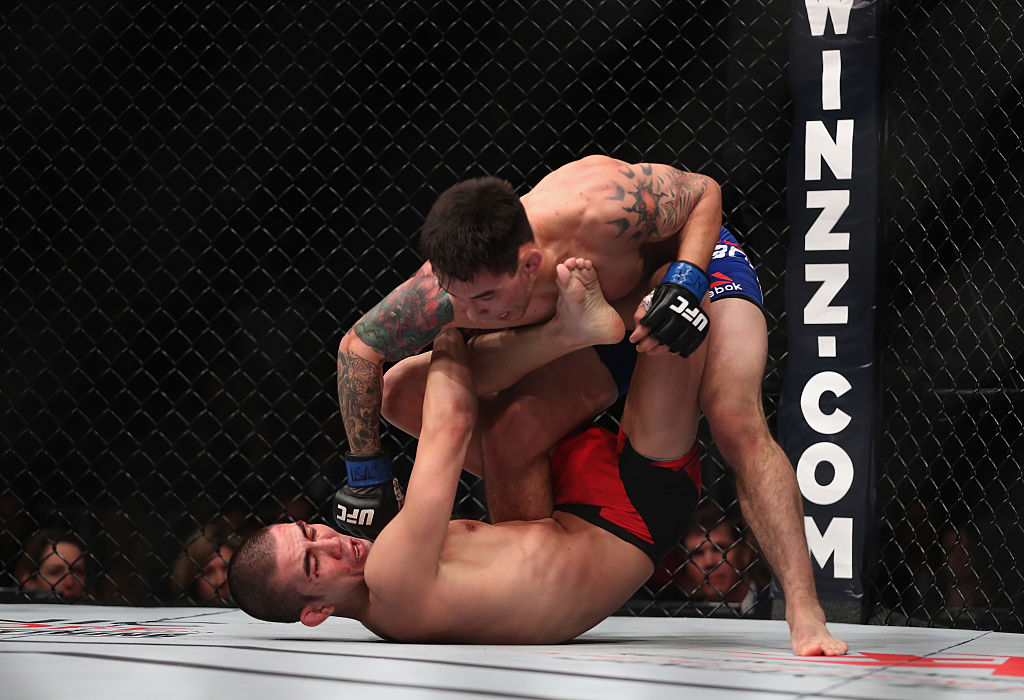 Two of the top young talents in the flyweight division met up in the main card opener, with Albuquerque’s Ray Borg scoring a shutout three round unanimous decision over Hawaii’s Louis Smolka.

Borg (10-2) was a submission machine in the first round, putting Smolka in bad situations everywhere he went on the mat. To his credit, Smolka, who was also bloodied over both eyes by Borg’s strikes, stayed cool and defended the subs well, though it was clear that he lost the round.

Smolka (11-3) had a better round in the second, but it was still clearly Borg’s frame, as he continued to control the ground action with style. In the third, Borg sunk in an arm triangle that nearly finished the bout, but the gutsy Smolka refused to give in, and while he made it to the final horn, it was Borg emerging victorious via scores of 30-27 and 30-26 twice.

Borg had missed weight for the bout, coming in at 129.5 pounds.