Former UFC bantamweight champion TJ Dillashaw returns to the Octagon on Saturday, July 9, and in a UFC 200 bout he's been waiting for, he'll get the chance to avenge a 2013 loss to Raphael Assuncao. 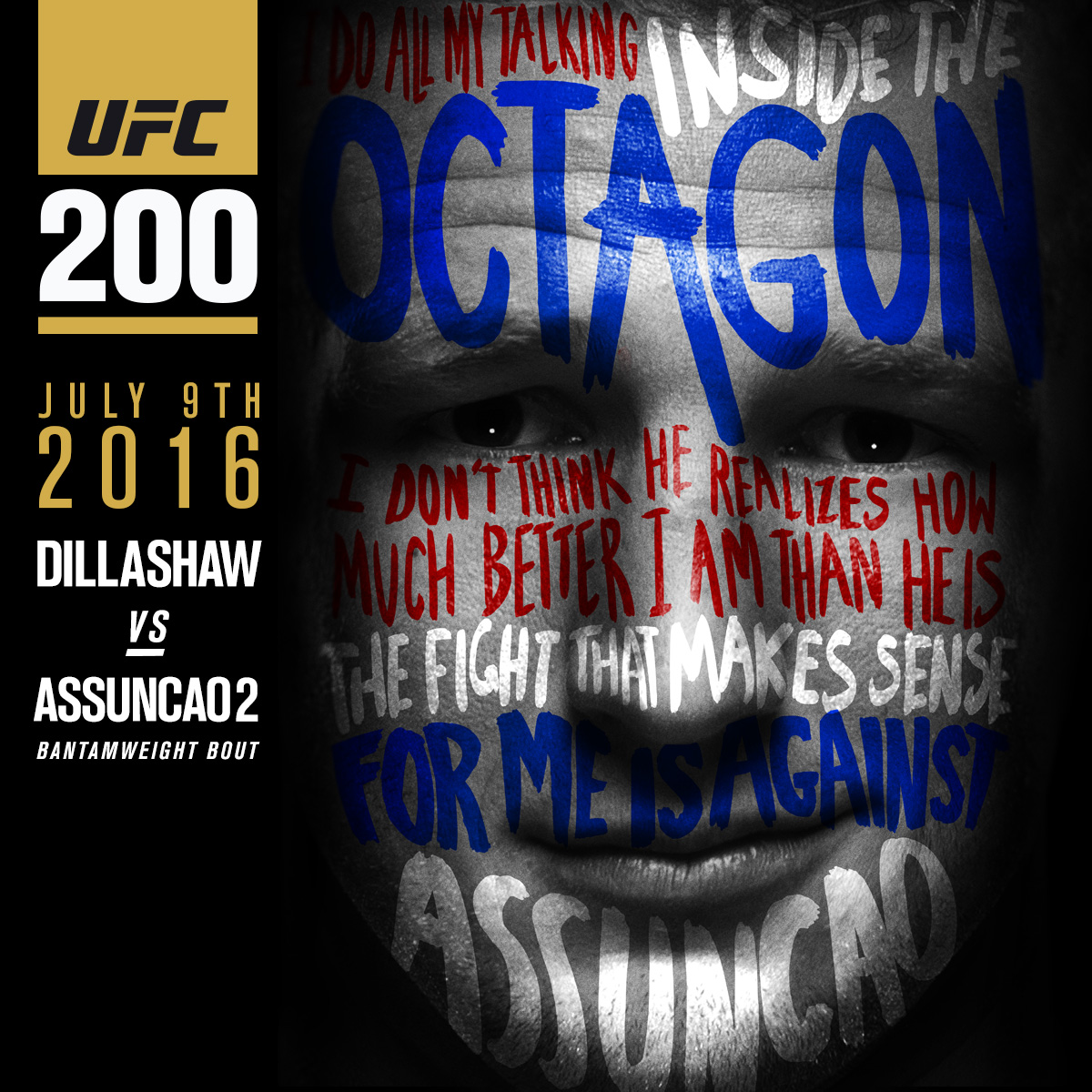 UFC 200, which takes place at T-Mobile Arena in Las Vegas, is headlined by the UFC light heavyweight title fight rematch between Daniel Cormier and Jon Jones. Plus, the interim featherweight title will be on the line in another highly-anticipated return bout, as Jose Aldo faces Frankie Edgar, and Miesha Tate puts her UFC women's bantamweight crown on the line against Brazil's Amanda Nunes.

Winner of four of his five bouts since the split decision defeat to Assuncao, Dillashaw will be making his first start since a controversial five-round defeat to Dominick Cruz in January that cost him his 135-pound crown. On July 9, he begins the road back against Brazil's Assuncao, who is riding a seven-fight winning streak.