This Is A Different Fight For Dustin Poirier

Six Years Removed From Their Original Meeting, Poirier Is A Different Man Stepping Into The Octagon Against Conor McGregor at UFC 257
By Thomas Gerbasi, on Twitter: @TGerbasi • Jan. 20, 2021

“Six years is a long time,” said Dustin Poirier, referring back to his first fight with the man he’ll face in the main event of UFC 257 this Saturday on UFC Fight Island, Conor McGregor.

“Not just for me as a fighter, but for my coaches and training partners. We’re all better. If I was the same guy that I was six years ago, I would have wasted six years. Life’s about evolving and getting better. Conor’s a different guy, too. This is a different fight.”

That’s the hope and belief from Team Poirier heading into this weekend, because a repeat of the UFC 178 matchup with “The Notorious” one from September 2014 would be disastrous for the number two lightweight contender, a fighter hell-bent on getting a championship belt around his waist for the second time.

“Before I fought Conor the first time in 2014, the build-up was huge,” said Poirier. “It was the biggest fight I’d ever been part of. Filming pay-per-view commercials, flying out to LA and doing behind the scenes stuff, it was crazy. And even though I had a good bit of experience in the organization at that time, it still was a lot to deal with emotionally for me. When fight week finally came around, I was so angry and so emotional that I just wanted to hurt the guy.”

McGregor knew it and he did everything in his power to push Poirier’s buttons. Add in the fans and pundits who saw him as the next victim on the Irishman’s road to the top, and Poirier was fighting battles before he even made the walk to the Octagon.

“The trash talk got to me, but it wasn’t just the trash talk, it was the critics,” he said. “Every time I picked up my phone, people were saying I was gonna lose or that I wasn’t good enough. Whatever it was, I was playing into the whole thing. It felt like I wasn’t just fighting Conor. I was fighting the MMA media, the fans in the stands. I felt like I was fighting the UFC to a certain extent. I felt like everybody was against me.”

He knew one punch could change everything, though, and he planned on being the one landing it. Unfortunately for him, McGregor got there first, ending the bout at 1:46 of the first round. Two fights later, McGregor was the interim featherweight champion, a title he upgraded to the undisputed version in December 2015 with a 13-second knockout of Jose Aldo.

Poirier was left to regroup and start over.

RELATED: Poirier's Good Fight Foundation | Why Poirier Fights The Way He Does

In April 2015, less than seven months after the loss to McGregor, Poirier returned to the lightweight division and knocked out Diego Ferreira in less than four minutes. Just like that, his most crushing defeat was a thing of the past.

“Life goes on, you live and learn,” he said. “I’m sure that was a learning experience I had to go through. But I didn’t have a choice. It made me into the guy and into the fighter, the father, the person that I am now. That’s what life’s about – evolving and learning from mistakes. And I’ve made a lot of them.”

Not many in the Octagon, though. Since the first McGregor bout, Poirier has gone 10-2 with 1 NC. That stretch includes a second victory over Max Holloway that earned him the interim lightweight title in 2019, eight post-fight bonuses, and victories over the likes of Jim Miller, Anthony Pettis, Justin Gaethje, Eddie Alvarez and Dan Hooker. Anyone who thinks he’s the same fighter he was in 2014 just isn’t paying attention. 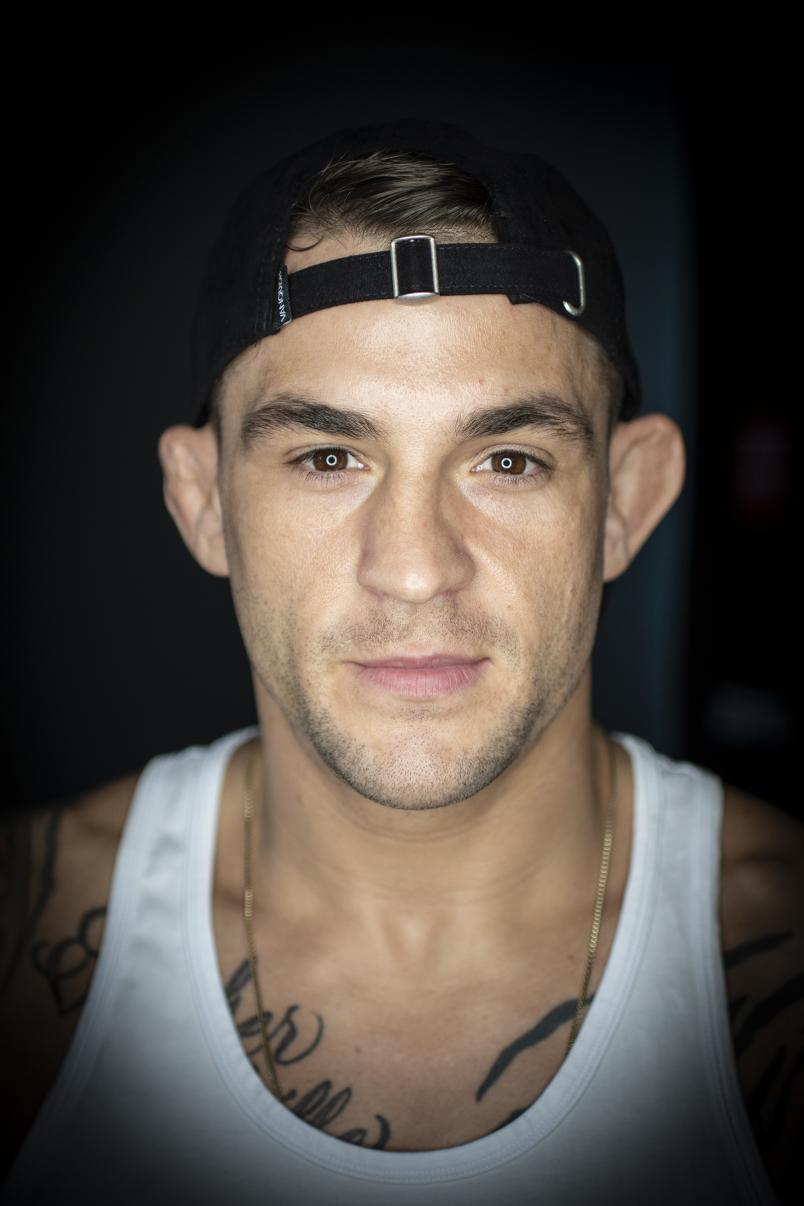 Most importantly, though, Poirier knows that the man stepping into the Octagon with McGregor a second time is more prepared for everything – the hype, the fans, the media, and the man wearing four-ounce gloves across from him.

“When you get knocked down, you have to get back up,” he said. “That’s something I want to teach my daughter, that I’ve been knocked down, but I’ve always gotten back up.