A Diet Fit for a KINGsbury

Read on for the latest installment in UFC.com's weekly series of articles on proper nutrition from the top athletes in the UFC...this week, light heavyweight prospect Kyle Kingsbury 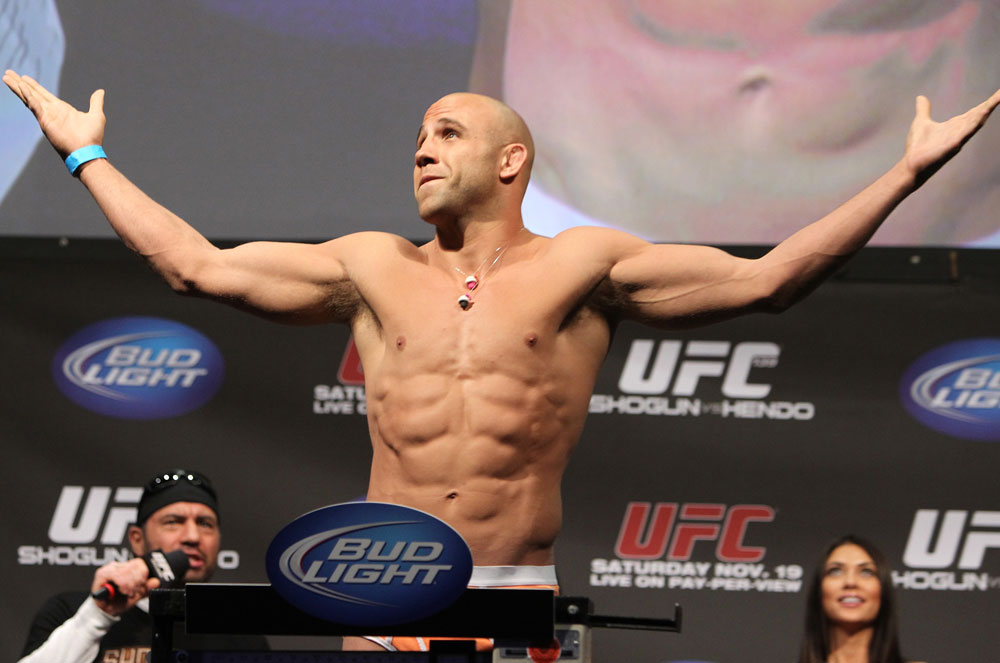 If the UFC ever hosted a Best Physique competition, Kyle Kingsbury would probably be AT LEAST a semi-finalist. 220 pounds on a 6’4” frame, and just ridiculously ripped and shredded. Turns out, the former The Ultimate Fighter cast member (2008) sounds like a scientist when discussing his super-strict diet. On the menu: lots of freshly squeezed fruit and vegetable juices, plenty of grass-fed red meat and whole eggs, and exclusively gluten-free grains.

The 30-year-old light heavyweight became conscientious about his diet after graduating from Arizona State University, where he was a 253-pound defensive lineman on the football team. Today the 11-3 (1 NC) fighter trains out of the vaunted American Kickboxing Academy in San Jose, Calif., and admits to having engaged in a few friendly dietary debates with vegetarian training partners such as Jon Fitch (vegan) and Aaron Simpson (whenever Kingsbury trains in the Phoenix, Ariz., metropolitan area). Talking to Kingsbury, his passion for food constantly shines through. This is a man with an encyclopedic and thorough analysis of everything he eats. Even if you are a seasoned and educated eater, chances are high you will learn something from Kyle Kingsbury.

“I eat pizza and that sort of thing when I’m not in camp,” Kingsbury said, “and when I train the next day, let me tell you, I can feel the difference in a heartbeat. It really comes down to what octane of fuel you’re going to put into your body. That’s why I eat the way I do.”

Here is the diet fit for a Kingsbury:

Curreri: Give us a crash course on a day in the life of Kyle Kingsbury’s grubbing habits.

Kingsbury: Right when I wake up I drink 20 ounces of water at room temperature, a gram vitamin C and 100 milligrams of iron. About 30 minutes later I’ll have my first meal, which is usually a hot, gluten-free cereal that is whole grain (steel cut oats or quinoa). I’ll add honey and raisins in it. I’ll also make scrambled eggs with spinach, tomatoes or onions.

I’m also big into juicing (in a blender); I juice three times a day. I’ll mix up green apples, ginger, carrots, grapefruit or beets or celery.

Then I’ll go off to train from 12 to 2 at AKA. During training I’ll have 10 grams of glutamine, and a scoop of some kind of electrolyte replacement.

When I finish my workout I’ll drink a whey protein isolate with dextrose and a form of creatine that doesn’t really add water weight.

About half an hour to an hour later I’ll have some form of lunch, which will be some grain – brown rice or quinoa – and lean meats.  A lot of times I go to a market that sells lots of ground game – grass fed bison, venison, wild boar. I’ll put that beef into a skillet with diced onions, mushrooms and my quinoa or brown rice. I also like wild caught salmon.

Then I’ll go back for my workout at 6 p.m. During my workout I’ll have 10 grams of glutamine and an electrolyte replacement. Post workout I’ll eat dinner, which is always some form of lean meat, from chicken thighs. Here’s the thing: I always eat red meat all camp long and I eat whole eggs all camp long. I have bloodwork done all the time and my cholesterol looks perfect. There is this misperception that if you eat those things then you’re going to have a cholesterol problem. If you’re out of shape and you eat that then, yeah, you’re probably going to have a cholesterol problem. But if you’re in shape, cholesterol does a number of good things for your body.

During my 10 weeks of camp I only eat gluten free grains and organic, free-range, grass-fed meat. All the poultry I have is cage-free. I eat super-clean in camp, not a drop of alcohol and everything organic. I don’t eat any wheat at all. Super-strict. I cook all three meals a day myself. I enjoy cooking and I’ve been doing it for a long time.

Curreri: You were a 253- pounder in college when you played for ASU …

Kingsbury: I had to gain as much weight as I could because I was a defensive lineman. But when I was done playing I wanted to learn how to get shredded. So I studied more and more dieting. I had a strength and conditioning coach who taught me a lot about diet. I’ve also read books on diet and nutrition such as “The Paleo Diet For Athletes.” The number one thing I have learned is that no diet is the right diet; everybody is different. One man’s medicine is another man’s poison. So it’s a matter of finding what’s right for you. I’m still fine-tuning my diet and it’s constantly evolving. Every camp I learn more about myself. It’s a work in progress.

In camp I eat Paleolithic but I still have gluten-free grains. So it’s really not the Paleo diet but my diet is heavy in fruits and vegetables and meat, which is very Paleolithic.

Curreri: You don’t consume dairy in camp. What turns you off about dairy from a performance perspective?

Kingsbury: Number one, there’s an inflammatory response that you get from dairy. When you’re working out and grinding that hard you want to stay away from foods that are going to increase rate of inflammation. I take Omega 3 fish oils and they’re really good to control inflammation. Also, a lot of dairy products like cheese are calorie dense so I stay away from that.

Curreri: Why eat grass-fed meat but avoid grain-fed? Talk about the significance.

Kingsbury: Grains aren’t natural to a cow’s diet. That’s why a lot of those cows have to take antibiotics and things like that to fight off infections, things like that.

Curreri: Why the emphasis on red meat? Is that inspired by taste, or do you feel it makes you stronger, or both?

Kingsbury: Protein-wise, as far as biological value goes, vegetable protein is pretty low. Whey Protein, egg protein, beef … have higher biological value. A lot of vegetable protein powders are good but I mean, if you have to get 1,000 peas just to get a gram of protein into your body, then how is that natural for your body? A lot of people that go that route end up with a lot of gas. And if it’s giving you gas, then that’s giving your body inflammation. So I steer clear of that.

Curreri: Talk about blending fruits and veggies three times a day. What got you into that?

Kingsbury: Probably since around 2006. You have pasteurized vegetable juices that sit on the shelves and it’s A) not that good for you and B) it taste like crap. But if you make something fresh it’s incredible how delicious fruits and vegetables are when they’re made fresh. Straight carrot juice tastes amazing, and if you add fruit to it it’s even better. Once you start juicing it’s something you want to keep doing. It makes you feel so good, gives you tons of energy, keeps you hydrated and delivers the highest value of nutrients to your body.

Curreri: You, Aaron Simpson and Jon Fitch talking diet. Ever playfully debate amongst yourselves?

Kingsbury: I’ve debated with Aaron and Fitch about it. I’m big on the proper farming of animals. I think they should be cage-free and able to roam before they’re slaughtered. I’m all for getting rid of chickens that can’t move and die on top of each other and have to be thrown away. That sort of thing is ridiculous. If you have a chance to watch the documentary, “Food Inc.”, if you haven’t already, that’ll change your mind on food. I always tell people, ‘If there’s one documentary to watch, that’s the one to watch.’ So I agree with (Fitch and Simpson) on a lot things. But we are predators like any other animal on this planet, so I don’t think there’s anything wrong with killing an animal as long as it’s for food.

Curreri: Give us an estimate on the number of calories you consume per day.

Curreri: You sound like a fighter who is so well-versed that you don’t need a nutritionist or dietician, unlike some top fighters.

Kingsbury: Well, I’ve worked with smart people in the past and that’s what got me to where I am. I’ve read a lot of books too, because it’s just something that really interests me.