"I just think about helping my mom and family to have a better life. I knew this was my time and my opportunity to show the world who
I am." Diego Brandao 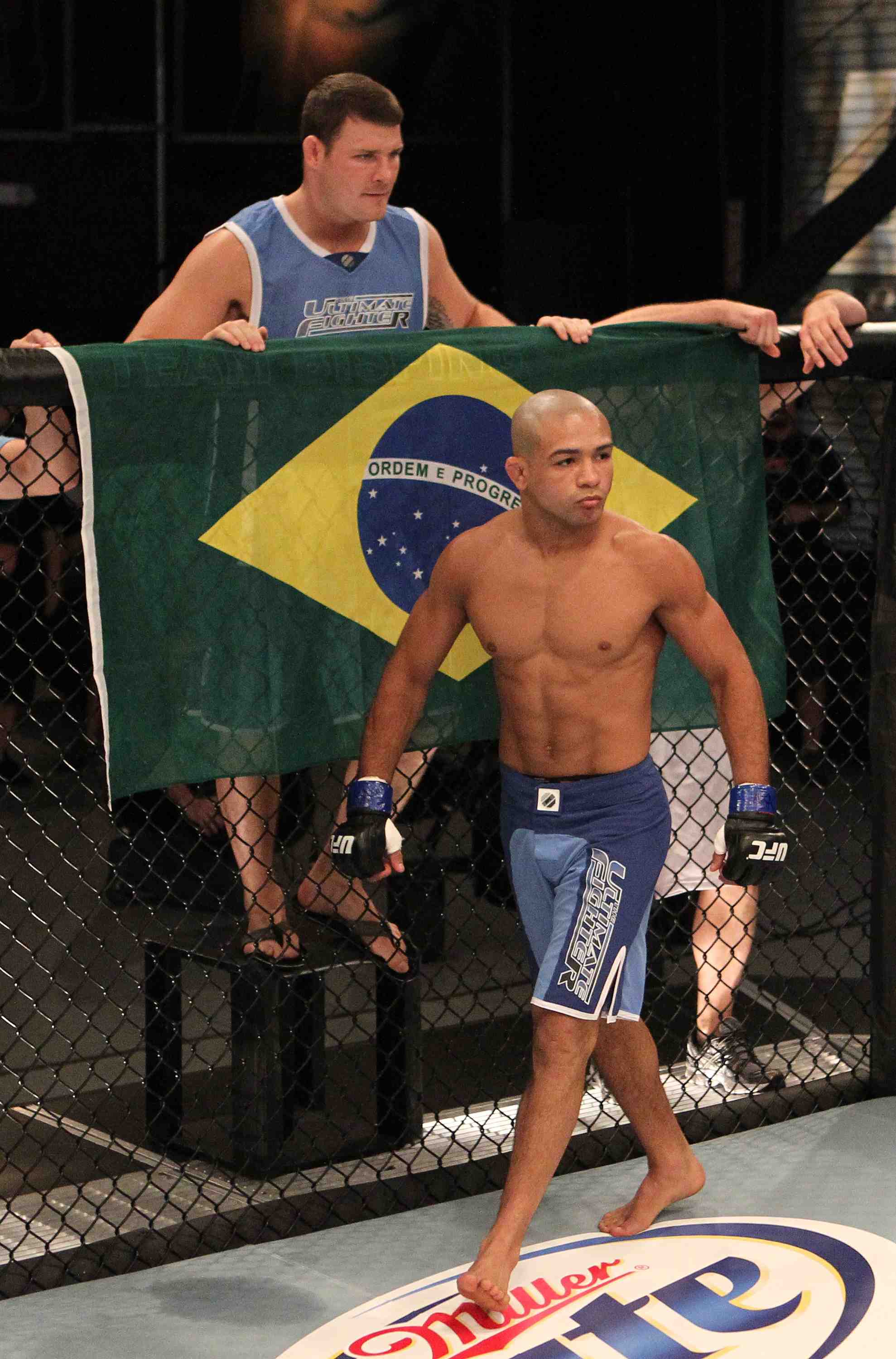 As ferocious as he is in a fight, bringing to mind the single-minded pursuit of knockouts shared by his heroes Mike Tyson and Wanderlei Silva, Diego Brandao’s personality goes in an entirely different direction when he talks about his mother.

“I think about my mom every day,” said the Brazil native. “The thought of one day being able to give her a better life is what drives me every day in training. I made a promise for myself that I wasn't going to go back to Brazil until I made the UFC. I can't wait to see her face when I get back in a few weeks.”

On Saturday, Brandao is one of four fighters from season 14 of The Ultimate Fighter competing for two UFC contracts. For those who have been watching the reality show, it’s been a six week process for these competitors to get to The Palms in Las Vegas for the finale. Yet for Brandao, it’s been a longer journey than that, one that saw him straying from the right path as a young man until finding a sport that gave him direction and drive and the possibility of a different life, not just for himself, but for his family.

Part of that journey involved leaving home, and for over three years he’s been far from Brazil, training with the Jackson’s MMA team in Albuquerque. And though he came to the States with a Brazilian Jiu-Jitsu black belt, he also packed a little bit more than most in his fists, something opponents found out about pretty quickly.

“When I was 16 and just started training MMA, I was knocking out guys when we were just sparring in the gym,” he said. “This is when I realized I had power.”

Suddenly the grappling expert began approaching bouts like the aforementioned Tyson and Silva. This wasn’t a sporting event anymore – it was a fight.

“Wanderlei is one of my heroes for a long time because no matter what he always puts on a great show,” said Brandao. “He is also very aggressive and intense like me. Mike Tyson had a very similar upbringing as I did. And with all the things he had to overcome and let go of to become the champion, I feel like I can relate to him and the way he felt when he was fighting.”

Brandao’s first fight in the United States was against Brian Foster. Yeah, that Brian Foster, UFC welterweight veteran. It was both a coming out party for Brandao and a rude awakening when it comes to fighting in a new country in someone else’s backyard.

“I fought in his hometown and 5,000 people were yelling and trying to make me lose,” recalled Brandao. “He didn’t even make weight; he was five pounds over. Then before the fight people came into my dressing room and talked crap and I had to deal with this and still keep my focus.”

He did, knocking Foster out in 94 seconds. Then it was time to get out of Oklahoma.

“After the fight the cops told me to go home so there are no problems because people started to throw cups and food in the cage after the fight.”

From there, Brandao would fight anyone and everyone, including Matt Veach and Ran Weathers, and in a nod to his relative inexperience, he would win some and lose some while usually giving up weight on fight night. But he has no regrets.

“This is how it will be in the UFC,” he said. “I know that in the UFC you have to fight whoever they put in front of you. I did this so that I could prepare my mind and body for these moments.”

And for Brandao, his moment came earlier this year when he was tabbed for season 14 of The Ultimate Fighter. Overlooked by many thanks to the seven losses on his record, “Ceara” crushed Jesse Newell, Steven Siler, and Bryan Caraway in successive bouts to make it to the featherweight final against Dennis Bermudez, and after such a devastating display of punching power, the 24-year old won’t be sneaking up on anybody anytime soon.

“I don't think anyone was expecting three knockouts in the first round,” said Brandao, who also gained notice for his unrelenting intensity, which rarely wavered during the six weeks of taping.

“I just think about helping my mom and family to have a better life,” he said. “I knew this was my time and my opportunity to show the world who I am. So it (being cut off from the outside world for six weeks) was easy, because I've been away from my family for three years.”

As for Bermudez, Brandao doesn’t have much to say, only that “I feel ready for everything he does,” and that’s probably an accurate statement. Brandao has seen and experienced too much in his 24 years to be anything but prepared for his night in the spotlight. This is what he’s been sacrificing all these years for, and when you ask him how he pictures December 3rd, he says, “No matter what I am going to win and my dream is going to come true.”

Or more accurately, his dream will come true when he makes a surprise visit to his mother back home and lets her know what her son has been up to here in America.

“She really has no idea the scale of the situation,” said Brandao. “She is going to be so happy when I see her and tell her that she doesn't have to work anymore cleaning houses.”