Nick Diaz is back - what does the future hold for the Stockton bad boy? 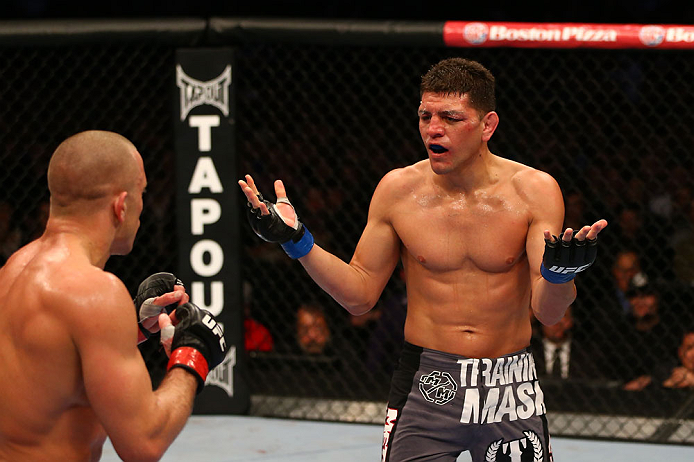 With his hometown of Stockton approximately 84 miles away from the site of this Saturday’s UFC Fight Night event in San Jose, Nick Diaz was going to be a looming presence over the card whether he was fighting or not.

He’s NorCal born and bred; three of his greatest victories over Frank Shamrock, KJ Noons, and Evangelista “Cyborg” Santos took place in the same building that will house this weekend’s main event between Robbie Lawler and Matt Brown; and with a win over Lawler (albeit in 2004), and memorable bouts with Carlos Condit and Georges St-Pierre, there is still a place for him in the welterweight division.

> Check Out Some of Nick Diaz's Best Moments Over His Last Three Fights!

So when it was announced Thursday that the 30-year-old Diaz (is he still just 30 years old?) had re-signed with the UFC, ending his 16-month retirement, it was only fitting.

Even when he doesn’t have gloves on, when you’re in his neck of the woods, it’s still his show.

And just like that, a welterweight (and perhaps middleweight) picture that was already vibrant got a shot of Stockton swagger again, leading to speculation about his first fight in the Octagon since the 2013 loss to GSP in Montreal.

Of course, the 800-pound gorilla in the room is a Superfight with middleweight legend Anderson 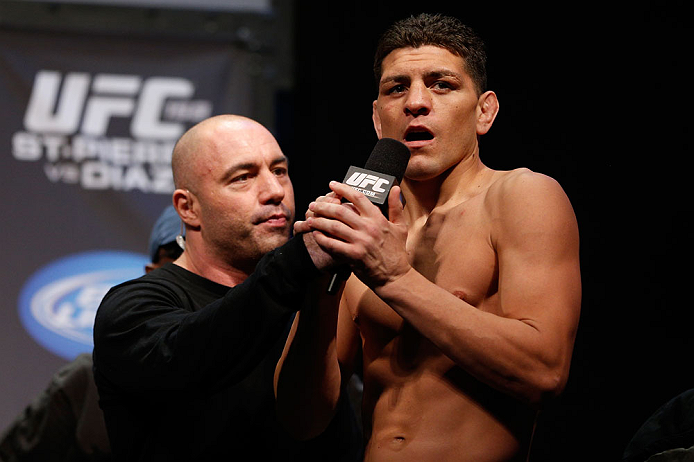 Silva, a bout both have expressed interest in, and one that would not just pit two of the most intriguing figures of this era against each other, but would serve an interesting purpose in seeing who the best boxer of the two is.

Yes, this is mixed martial arts, and both Diaz and Silva are well-versed in all aspects of the sport, but over the years both have had no qualms about talking of their desire to mix it up in the ring and not the cage.

Silva has long-professed a desire to fight future Hall of Famer Roy Jones Jr. in a boxing match, and after Silva broke his leg in his 2013 rematch with Chris Weidman, Diaz – who was once scheduled to box former super middleweight champ Jeff Lacy – threw his name in the hat for a fight with Jones.

The bottom line? The odds of seeing the two jiu-jitsu black belts throwing down on the mat for 25 minutes or less would be slim and none. This would be a stand-up war, and you might as well throw kicks and knees out the window as well, as fists will be the weapons of choice in this one.

Just writing about it gets the blood pumping, and who knows if Diaz would show his usual disdain for his opponent if that opponent is perhaps the greatest fighter of all-time. Throw in Silva’s showboating and Diaz’ tendency to drop his hands and goad opponents into a brawl, and this may be the Fight of the Year even when the fists aren’t flying.

Yet even outside of Diaz-Silva, the possibilities for the former Strikeforce and WEC champion, who - as mentioned earlier – is still only 30 years old. And as good as he’s been, he could just be approaching his prime physically, which is bad news for the 170-pound weight class if he maintains his focus and dedicates himself fully to the game in his return.

That’s always an iffy proposition, because as much as Diaz always shows up in shape and shows up to fight, he’s often let the business end of the sport cloud his focus. Presumably if he signed on the dotted line Thursday, that means he’s happy with his contract and ready to make a run here, so that’s a good thing.

And at welterweight there are plenty of potential matchups that would whet the appetites of fight fans. 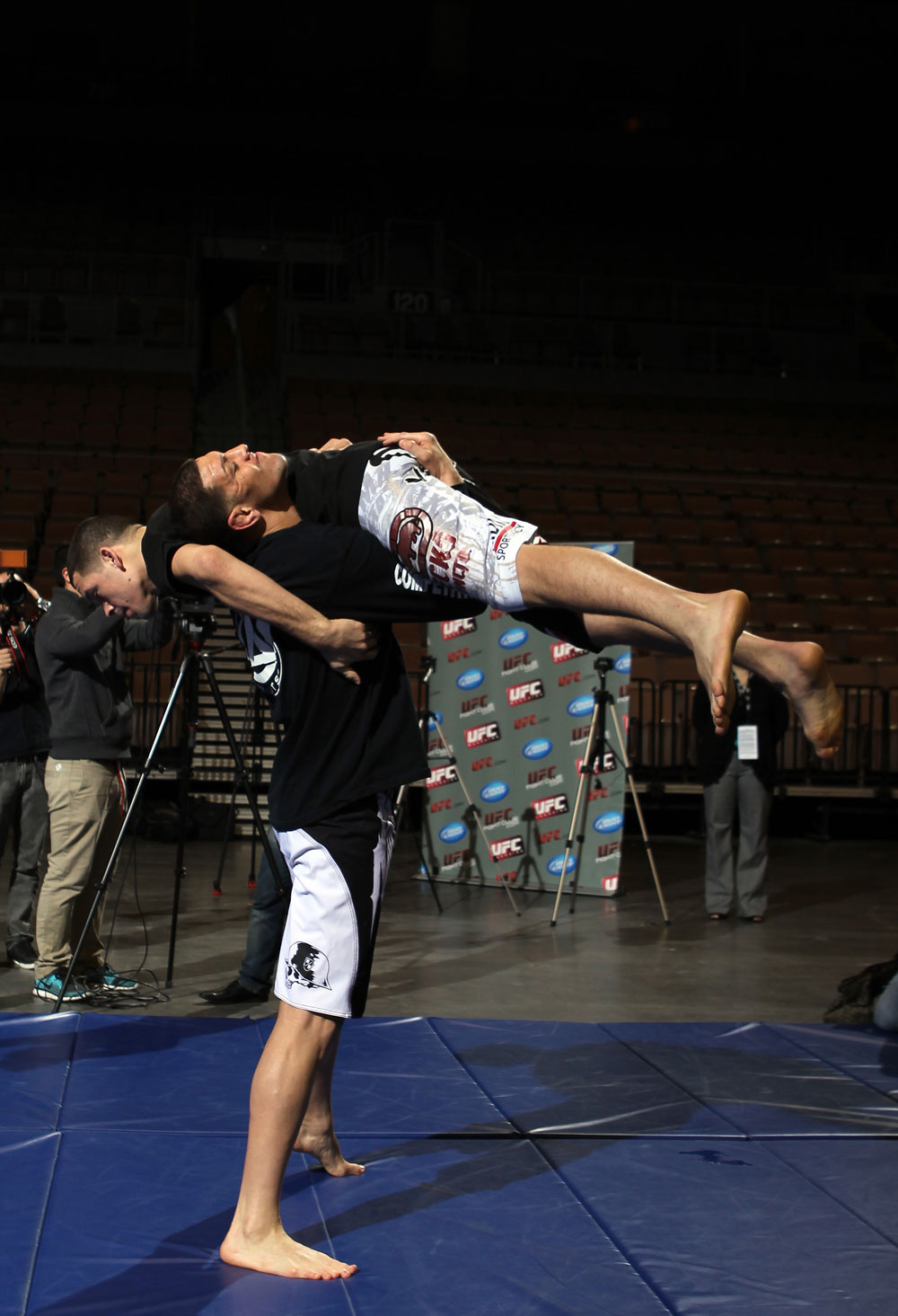 How about Diaz vs. the loser of Saturday’s main event in San Jose, since the winner will get a shot at welterweight boss Johny Hendricks? A rematch with Lawler or a bout with Brown would be heaven for fans of stand-up brawls. And if Hendricks emerges victorious from his next title defense, Diaz has already had words for “Bigg Rigg,” so a heated title fight could ensue.

For groundfighting aficionados, what about a matchup between Diaz and Demian Maia at 170 pounds or with “Jacare” Souza at 185?

Or if Diaz fights Silva and finishes his business in a successful manner there, a title shot against the winner of the Chris Weidman vs. Vitor Belfort bout at 185 pounds would be interesting.

Then there’s always the specter of a Georges St-Pierre return, and you get the impression that there’s no loss Diaz would rather get back than that one.

> Check Out the Nick Diaz Collection on UFC FIGHT PASS

Simply put, that’s a lot of Nick Diaz talk on a fight week for an event he’s not even involved in. Proof positive that he knows how to make a (re) entrance.